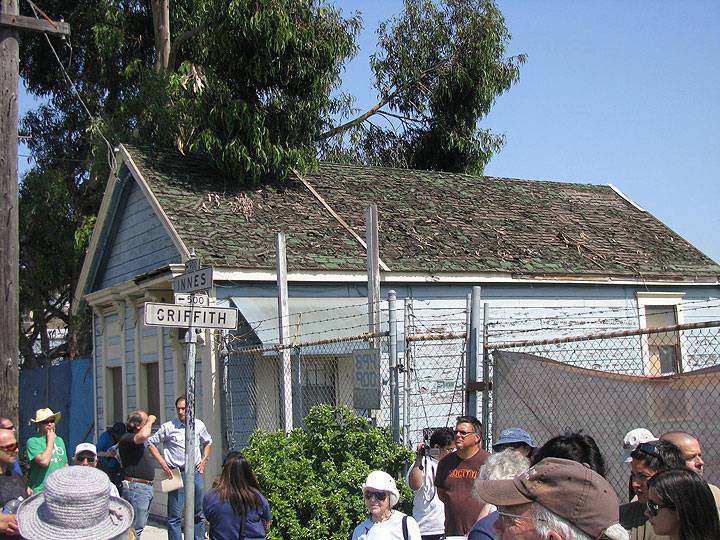 900 Innes Avenue, the Hunter's Point Shipwright's Cottage, during a recent tour of India Basin by the Neighborhood Association. 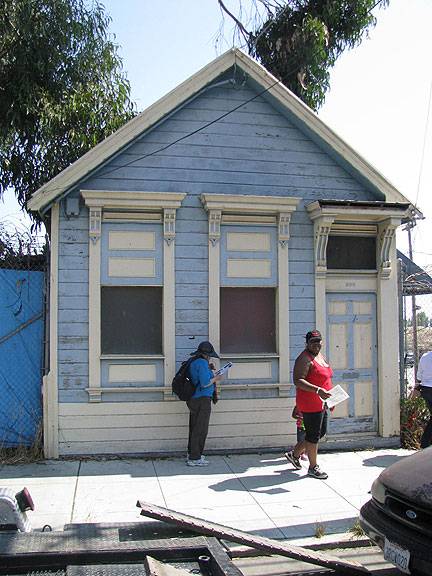 Built circa 1875, the Italianate cottage at 900 Innes Avenue was the centerpiece of union wooden boat building--called shipwrighting--on India Basin. Among the hundreds of boats built here were the scow schooner Alma, now berthed at the Maritime Museum at Fisherman's Wharf, and Jack London's adventure boat the Snark. Various WWII-era "Victory" launches were also built here.

The India Basin Neighborhood Association has embarked on a fundraising campaign to help restore this cottage to its original lustre, using historical materials. There is a video on the cottage at their website too.

The Alma at sail in San Francisco Bay.

The Alma is a wooden-hulled scow schooner built in 1891 to carry bulk cargo. The flat-bottomed hull was designed to navigate the shallow waters of the Sacramento/San Joaquin Delta and to rest on the bottom at low tide. With few bridges and connecting roads, scow schooners delivered goods all over the Bay and Delta much as trucks do today. Local waterways were the main transit corridors for most of San Francisco's first century. By 1880 there were 250 sailing scows on San Francisco Bay.