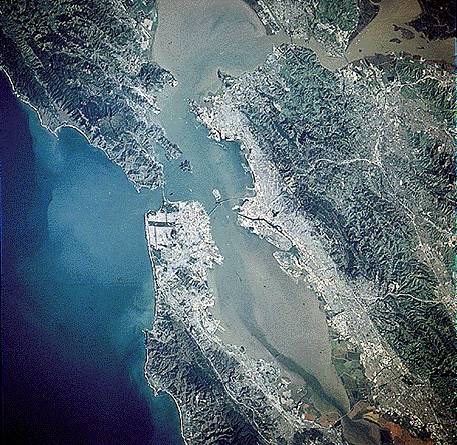 Find your own on the web at http://images.jsc.nasa.gov 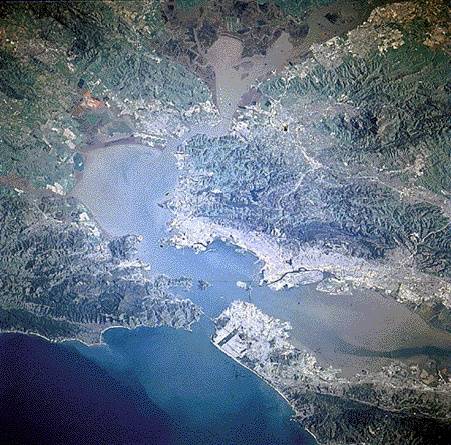 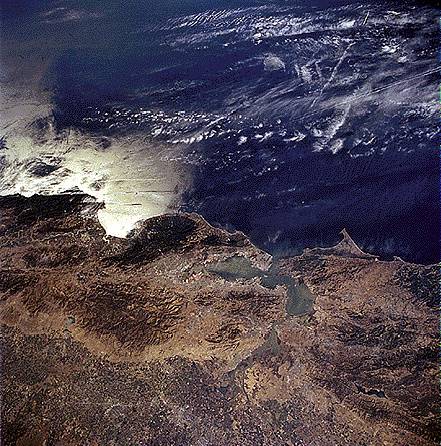 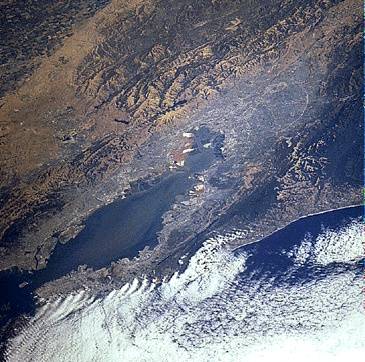 San Francisco from space with fog encroaching. The city is at lower left; San Jose is in the right-center. 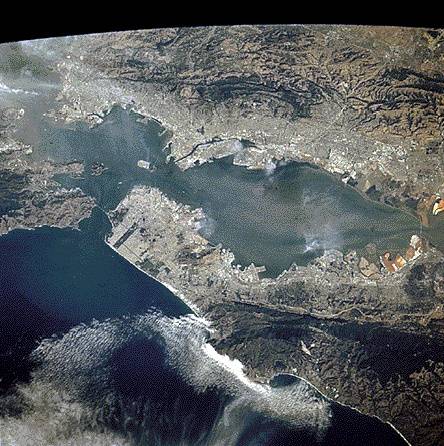 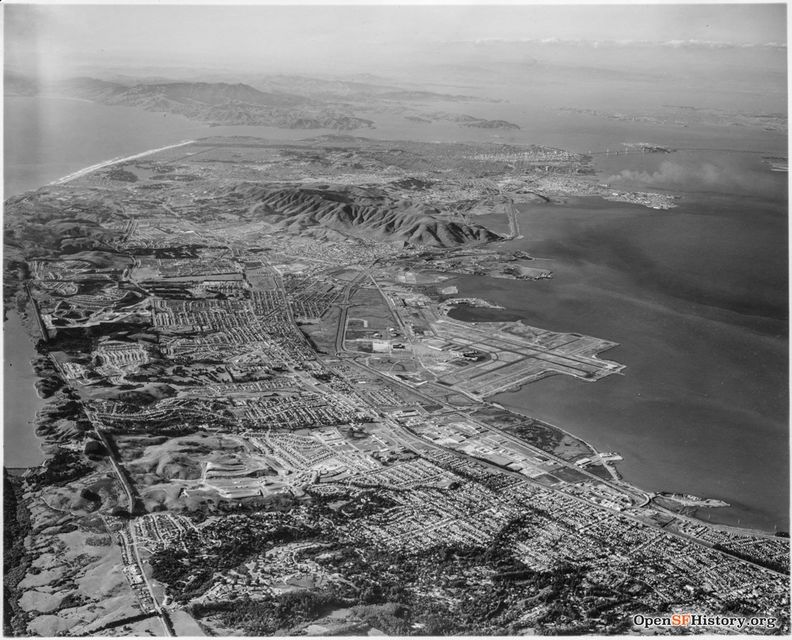 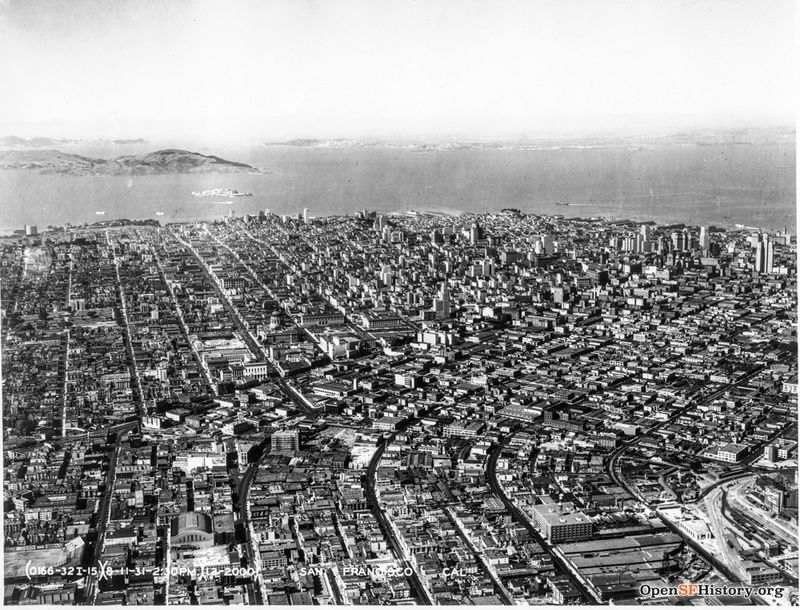 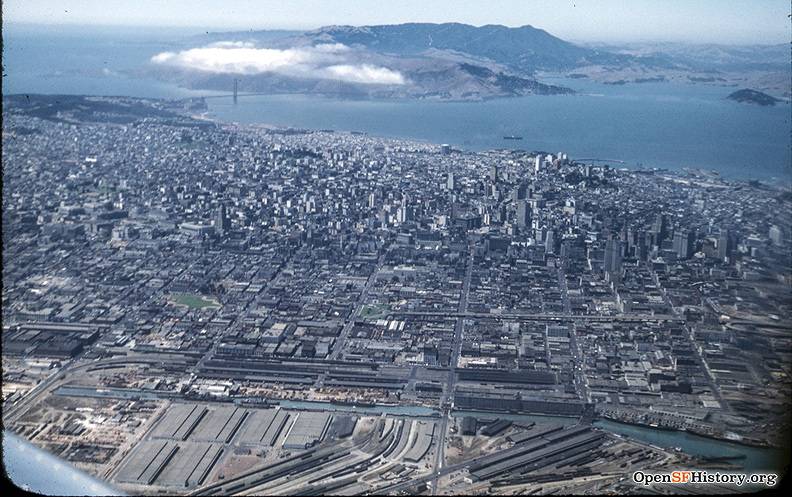 Aerial from Mission Creek to northern shore and Marin County (at top), 1948. 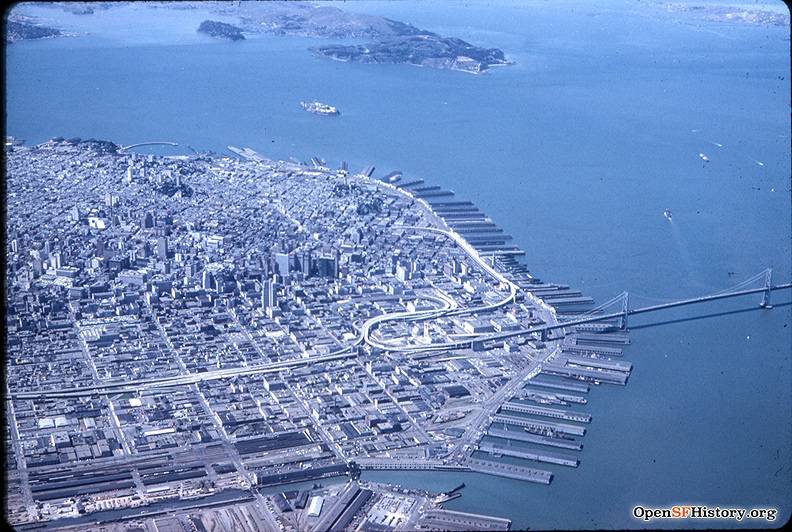