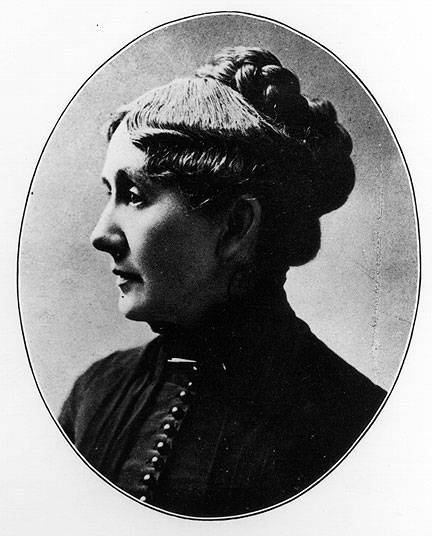 The untimely death of suffragist Sarah Brown Cooper on the eve of her 60th birthday stunned San Franciscans. Mrs. Cooper deftly organized events and institutions on behalf of children and women in the city. She founded the Golden Gate Kindergarten Association, a consortium of 50 kindergartens throughout the city. With outstanding administrative and leadership skills, she was vice-president of the Century Club, president and vice-president of the prestigious Women’s Press Association, treasurer of the World Federation of Women’s Clubs, director of the S.F. Associated Charities board, and president for two years of the West Coast Woman’s Congress board. She had recently turned her attention to the suffrage cause. Undoubtedly, had she lived, she would have added her indelible talents and dedication to the movement.

As an example of the unseen work of sisterhood in early San Francisco, Miranda Lux, a woman of substantial means, aware of Mrs. Cooper’s unique value to the community, became her patron. She supported her and her daughter Hattie with a comfortable home and provisions. In this way, Mrs. Cooper devoted her full time and energy on behalf of causes for San Francisco children and women. She continued that sisterly circle of support when she singled out Mrs. Charlotte Perkins Gilman and employed her to organize the first women’s congress on the West Coast.