SOMA Side Streets Named After Ladies 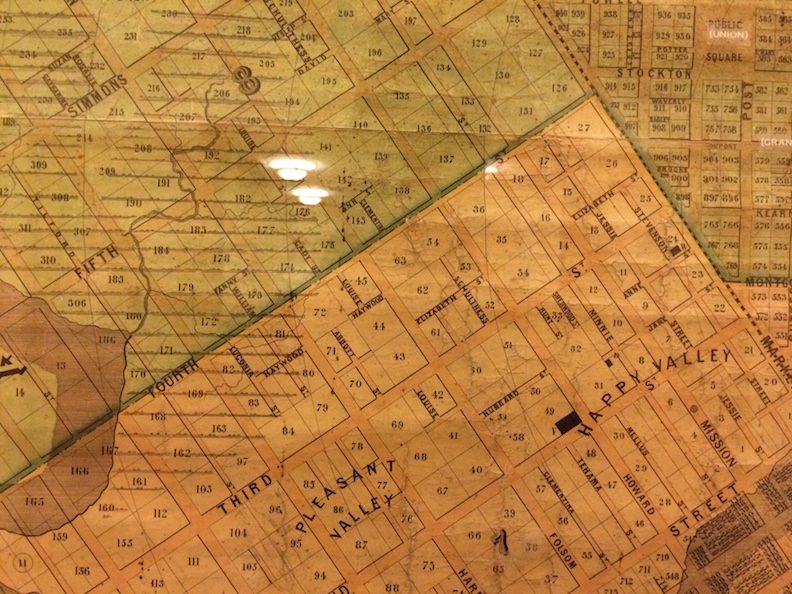 This exploration of streets supposedly being named for women focuses on a small geographic area in San Francisco—SOMA—and a short period of time at the founding of this new urban center in the mid-19th century.

I find it hard to believe a street would have been named for a woman in the 1850s, and especially not for women who were likely to be transient, like sex workers. Even women who didn’t occupy the lowest rung of the ladder in terms of employment—the madams—also were mostly moving through. At the least there would be a Briones Street for Juana Briones, the most likely candidate of a woman to revere at the midpoint of the 1800s. And where are the surviving legends of the ladies to accompany the streets named for them? None have survived, if there were any. A book from 1912 says the alley names have no meaning at all.

Let’s say it is possible that these street names in SOMA might be named instead for ships. Many of the streets (alleys) in question lie on the north-south routes that would have been taken from Yerba Buena to Steamboat Point on Mission Bay along 2nd and 3rd Streets. They were also some of the first streets created in the area surveyed in 1847 and then known as the 100 Vara Survey. From Rincon Point to Steamboat Point, early SOMA was the location of the shipbuilding, shipbreaking, and steamboat reassembling industry in the mid-19th century. 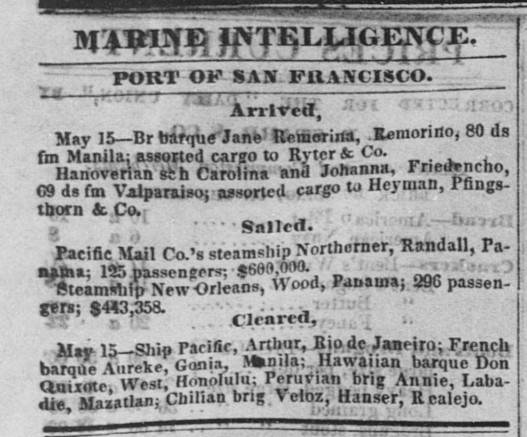 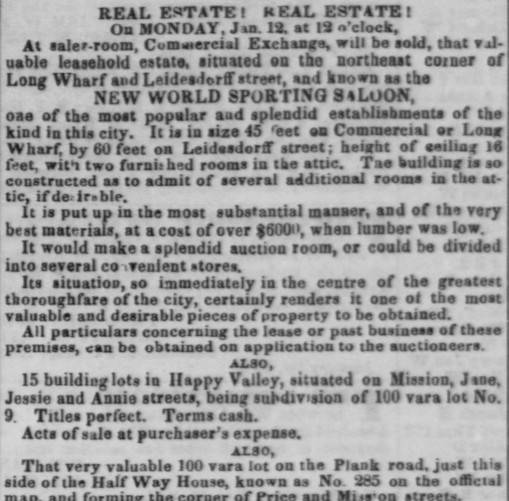 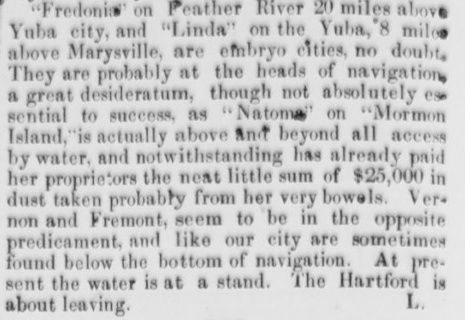 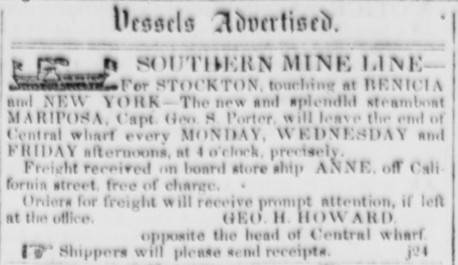 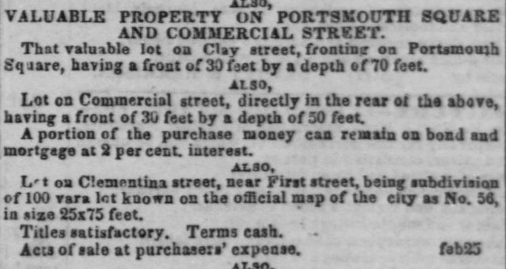 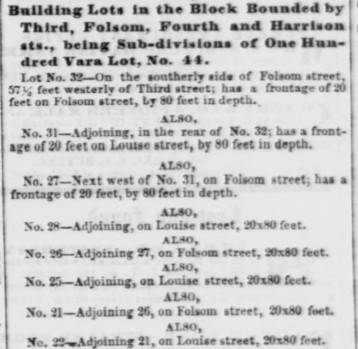 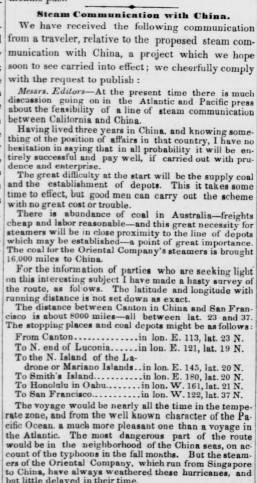 As mentioned at the outset, my exploration of streets supposedly being named for women focuses on a small geographic area in San Francisco and a short period of time at the founding of this new urban center. However, these are not the only street names using ladies' first, or last, names. Some streets beyond SOMA of note (but by no means exhaustive) are:

+ In the 1970s in Bayview Hunters Point, there were a group of women known as the "Big 5" due to their role in community organizing and fighting for funds to better their neighborhood. Today we have Osceola Lane (for Osceola Washington), Bertha Lane (for Bertha Freeman), Lillian Court, Espanola Street, and there is Westbrook Court (for Eloise Westbrook).