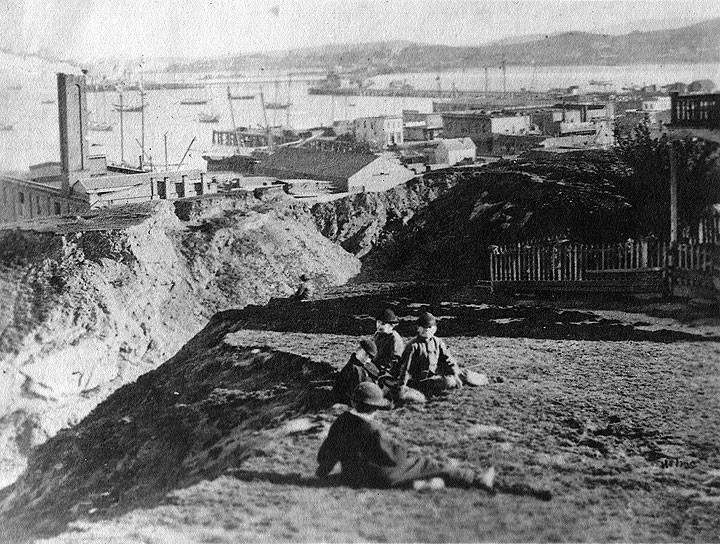 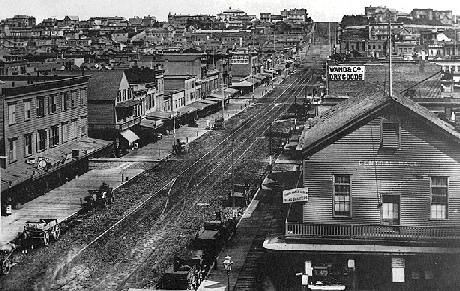 The word "Rincon" means "inside corner" in Spanish. Before the 1860s the area surrounding Rincon Center was a cove that extended to what is now First Street. Rincon is the name that was given to the hill at the inside corner of the cove. In the early 1850s, wealthy pioneers built large homes on the crest of Rincon Hill, chosen for its views of the city. Noted author Bret Harte lived on Silver Street. Recent excavations in the area also provide evidence of Chinese entrepreneurship in the 1880s when they set up small businesses, including laundries, and small supply stories to serve the needs of the boarding house residents and others working at the docks on the South side of the Hill. Some of these artifacts can be seen in the Rincon Center display cases. The Chinese also had a small fishing village in this area. This village disappeared along with South Beach when the area was filled in the late 1860s. In 1868, they cut Second Street across the hill, which made it no longer a desirable place for the wealthy, who moved to Nob Hill and other neighborhoods to the north. Homes were turned into rooming houses, and many warehouses and hospitals, including Irish, German, French, British, Italian and Swiss hospitals, were built. With the development of the city, however, parts of Rincon Hill were cut down and much of this property was lost. The fire of 1906 wiped out the remaining vestiges of the formerly wealthy neighborhood. What still exists of the hill is largely hidden beneath the entrance to the Bay Bridge.

Rincon Hill had also been the bastion of the industrial and shipping bosses. As they began to move out and maritime unions became increasingly strong, union leaders began to live in that area and SOMA in general. In their successful heyday, the built several large union halls, and then sadly, over time, began to watch their influence start to fade in the 1950's until today, when there is largely no maritime industry at all.