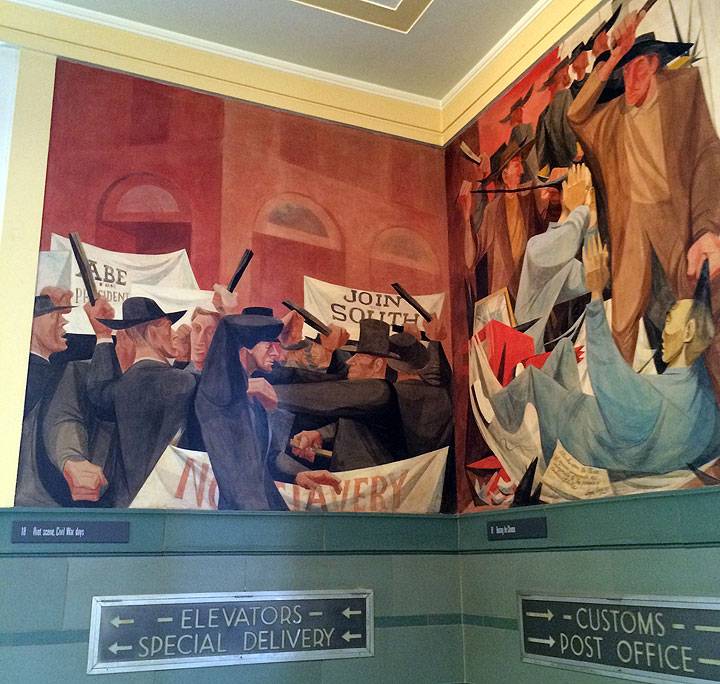 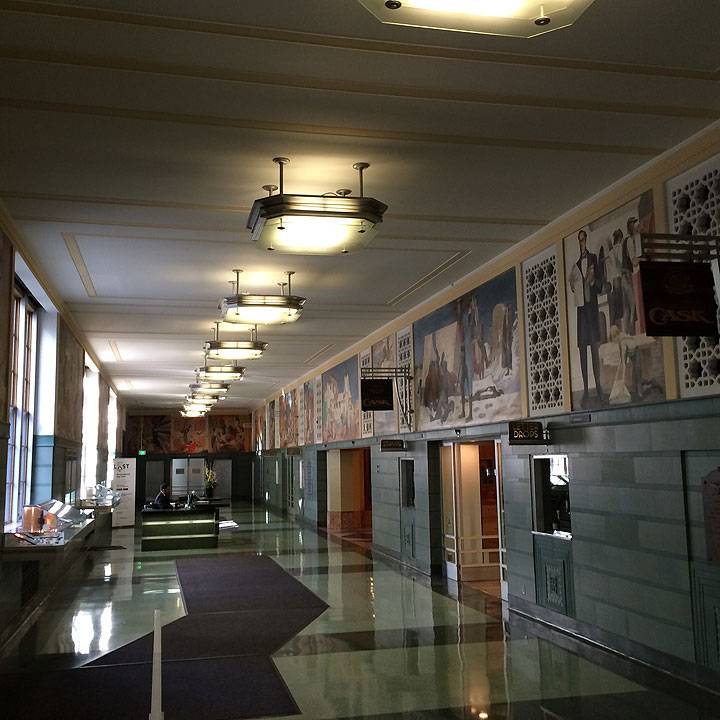 Rincon Annex lobby, restored and open 24 hours but no longer a post office. The murals encircle the upper walls of the lobby.

The era of federal art in California closed as it began--with a fight over radical imagery in murals. In 1943, New Yorker Anton Refregier received a commission to paint the "History of San Francisco" in the Rincon Annex Post Office in San Francisco. The year was the last year of federal art sponsorship, and the murals themselves were not painted until after World War II. No longer feeling compelled to illustrate how hard work could end the economic depression, Refregier instead showed the past with all its blemishes, including vigilantes, anti-Chinese riots, and the waterfront strike of 1934.(32)

In 1953 during the McCarthy period, Congress held hearings to determine if these offending murals in the San Francisco post office should be removed. Testifying for removal, a spokesman for the American Legion complained that "the murals do not reflect the romantic and inspiring history of California, and on the other hand tend to ridicule and slander the State and its pioneers.... These murals are not a matter of beauty or inspiration. They are depressing."(33) 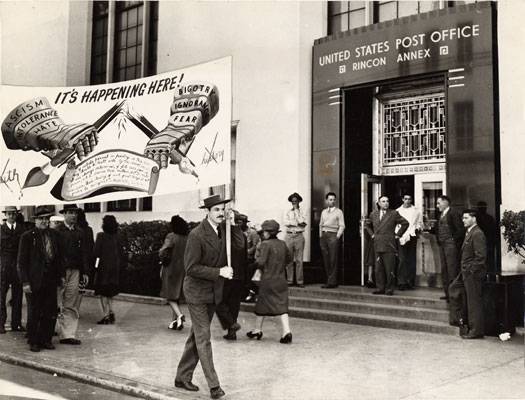 Artist Anton Refregier and C.I.O. longshoremen union members carrying a banner in protest for the covering up of a section of a mural at the Rincon Annex Post Office, May 14 1948.

Ironically, this statement by an anti-communist conservative could easily have been uttered by most California New Deal artists who painted fifteen years earlier. With only the very few exceptions noted above, California artists did not paint "depressing" murals during the Great Depression. They painted romantic and inspiring historical scenes because they looked to America's history as a source of strength in the battle with pressing contemporary problems.(34) Accordingly, they refrained from painting images of contemporary problems because they believed that art should be inspiring for people. Having faith that the New Deal would revive the system that had operated so well in the past, they preferred to paint the world as it should be or as it should have been, not as it was.

This panel depicts the Preparedness Bombing in 1916 and the railroading for Tom Mooney and Warren Billings to jail in its aftermath. 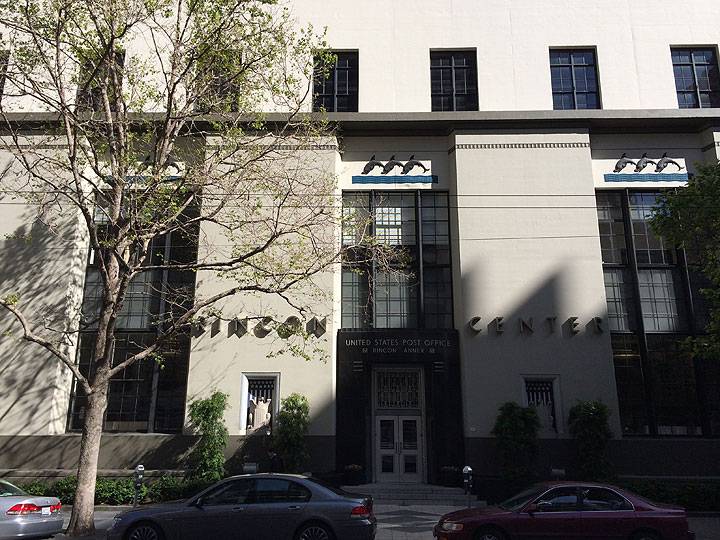