Removal of the Butchers 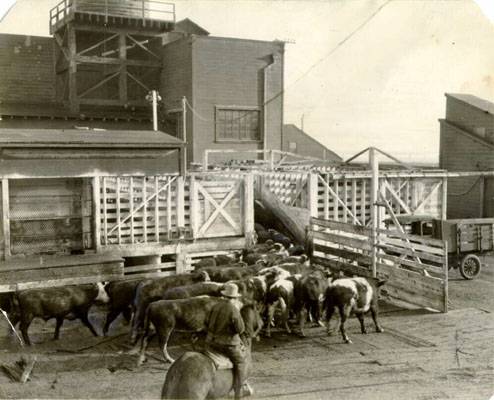 Cattle in Butchertown, January 11, 1921, fifty years after this article was written. 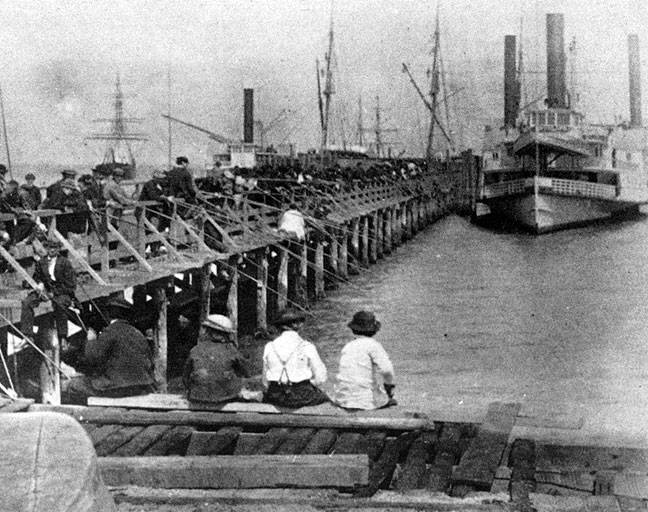 The lots which have been assigned the butchers by the State reservation, were to have been sold by auction on last Saturday evening. The land had been surveyed by the State Surveyor, but an extra survey was found advisable, which necessitated the delay in the division of the property. The City and County Surveyor will survey the fractional parts today, and the choice lots will be sold to the highest bidder in about ten days from hence. Now that the butchers are on the eve of their removal, and the slaughterhouse and hog-ranch nuisance is about to disappear, from Brannan street, a difficulty has arisen in regard to a suitable road between their location and the city. The Long bridge passing over Islais Creek, and the Bay View road are at present the only connecting thoroughfares. There are so many objections to the use of the former for the heavy meat wagons that as it stands at present, it offers no solution to the difficulty. It is too narrow at several places in the vicinity of the cut for the wagons to pass abreast, the height of the rails would lock the wheels and obstruct the railroad cars, there is no protection against accidents at the steep embankments at either side of the cut, and finally the wear and tear of the constant traffic would make repairs a daily occurrence, and entail endless expense upon the property-holders. The matter of the tolls would also be no trifling consideration, the additional expense reverting from the butchers to the community at large.

So much for the Long Bridge; and now the Bay View road comes as the remaining thoroughfare, but in its present condition, cut up and ungraded, it would make the transportation of meat extremely difficult. To send the beef around by water, so much handling would be required that its market value would be considerably depreciated on its arrival in the city. The Bay View road is therefore the only road that can be used, and before this becomes necessary, thorough grading, with many other improvements, must alter the condition in which this most neglected of thoroughfares rests at present.