The San Francisco Redevelopment Agency ceased to exist February 1, 2012 after Governor Jerry Brown moved to shut down all Redevelopment Agencies in California in 2011 as a means to address the state's severe budget crisis at the time. Here are two maps showing the zones that had been under the control of the SFRDA process during the years prior to the agency's demise. 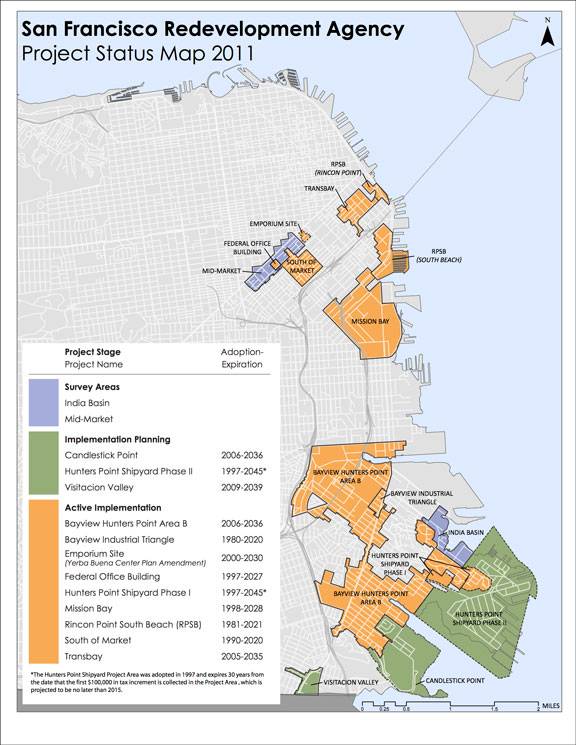 This map in 2011 shows an expanded area of San Francisco Redevelopment Agency projects slated for Bayview/Hunters Point, compared to the map below, which was prepared some years earlier. 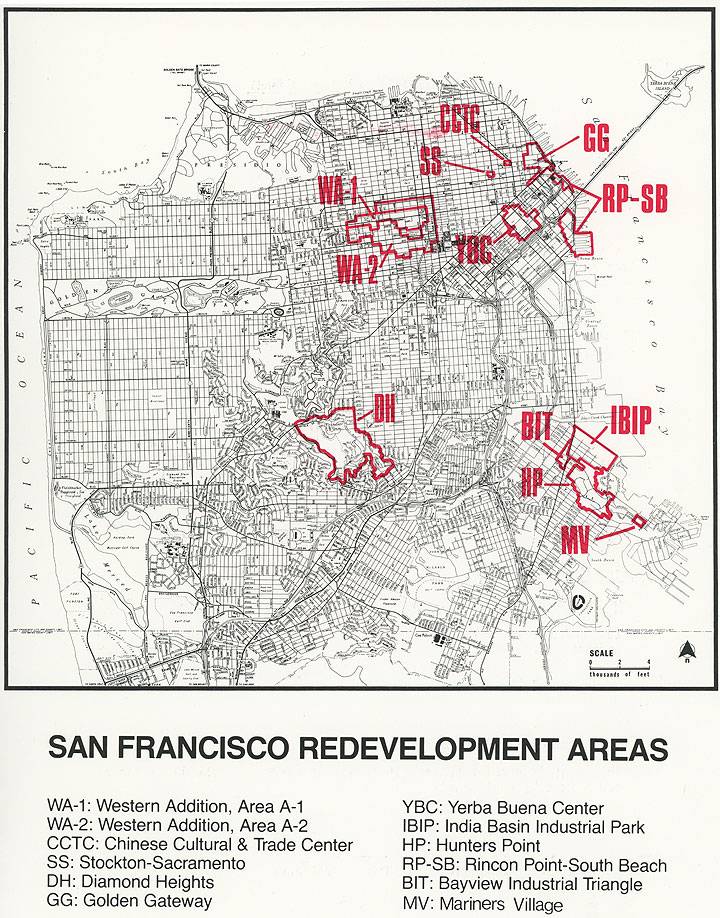