Rabbit Hunting in the Sunset 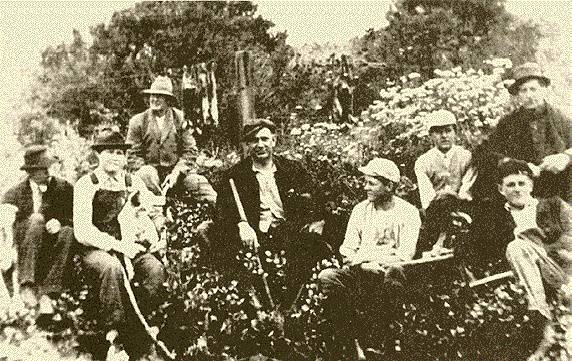 West of 19th Avenue was just like wilderness back in the old days before the Parkside and Sunset Districts of San Francisco were heavily populated. There were literally thousands of jack rabbits, squirrels and the like roaming among the high dune grasses and wildflowers of the undulating hills which stretched all the way to the beach.

George Stanton and his brother Bill, along with their best friends, Gene and Charlie Williams, loved the freedom and excitement of gallivanting around the dunes. Hunting was not just a sport at that time. Many people looked forward to the wild rabbits, which they were able to capture, to be a part of their dinner. So the fun was also a way of contributing to the welfare of the family.

Early on Saturday mornings, George, Charlie, Bill and Gene along with other neighborhood kids, would all meet at 19th Avenue and Judah around 7 am. They would bring along all the dogs they could muster up.

To gather more dogs, all the boys would begin to Yell in unison -- "Hooy, Hooy, Hooy!" over and over for about five minutes. All the dogs in the neighborhood knew this howl. It was the gathering call for those backyard dogs who loved to hunt with the boys. The dogs would jump over their fences or crawl under them, and with the happiest smiles on their faces and their tails wagging in unison like feathers in the wind, they would rush to the meeting place to begin the adventures with their cohorts. Some of the dogs were not allowed to go, so their masters would tie them up in the back yards. You could hear them singing their sad songs as their partners ran off, leaving them behind .

Actually, the dogs had just as much sense as their masters. They enjoyed the hunt and all the kids. The boys would start the hunt around 20th Avenue. One of the boys somehow always reported sighting some rabbits in the sage brush "just yesterday," and he thought that there must be a nest nearby. The boys would work their way out to 23rd Avenue and Santiago, then turn west, weaving their way through the bunch grass, sage brush and yellow lupinebrush, chasing and catching the rabbits all along the way. By the time they reached 32nd and Taraval, it would be around noon time. If they were lucky, they would have a nickel between them. With that nickel they would go to the Williams grocery store and buy a loaf of raisin bread which they would split among all the kids so that each one got his share. This would be the time the dogs got only water. Then all the kids would start toward the gathering place again.

There was an abandoned real estate office at 19th Avenue and Ortega. The kids would stop off there to split up the rabbits -- one for you, one for you and one for me -- all around until the rabbits were evenly split. If there were any extra ones, they would all remember who got it so that the next week the extras would go to the other fellows. They all go their even share and there were never arguments about who got the best of the split.

Sometimes the boys would hunt clear down to Mud Lake (at Stern Grove) and then down to Sloat Blvd. which used to be the site of the Italian vegetable garden belonging to the Largomarsino family. Then they would turn back for the trek home.

Everybody would be "dog tired" when they got home, and the dogs, too, would collapse -- totally exhausted, letting out a long sigh of relief. But everybody, including the dogs, would be up and ready to go again early Sunday morning! Those were the days! The great outdoors was their playground and Mother Nature was their keeper. 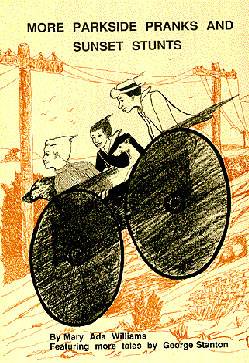