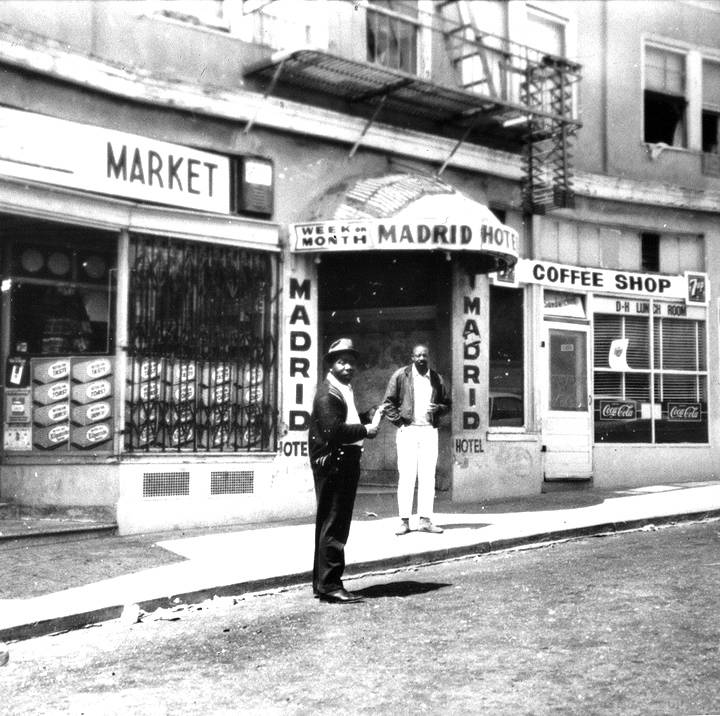 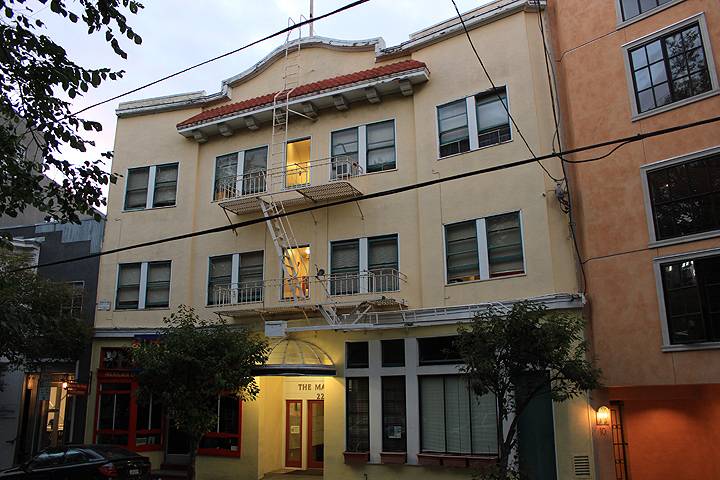 Up to the late 1970s, the Tenderloin had managed to escape the redevelopment bulldozers that had swallowed large chunks of the Western Addition in the 1950s and '60s and were then engulfing the South of Market. But as the economy of America's favorite city became more and more dependent on tourism, the Tenderloin--with its central location, its proximity to the Union Square shopping and tourist district, and its large supply of residential hotels--began to look increasingly appealing to players, large and small, in the tourist trade.

The owners of the neighborhood's residential hotels saw that they could make far more money renting rooms by the night to bargain travelers than they could renting rooms by the month to seniors and poor people on low fixed incomes. So a number of hotel owners began an often brutal effort to move permanent tenants out of their buildings and convert them into lodging for tourists. Unable to issue straight-out eviction notices to sitting tenants due to the city's rent laws, these owners found other ways of getting tenants to leave. They turned down the heat, cut off elevator service, and pulled chairs out of the lobby, trying to make the tenants so uncomfortable they would leave. Some offered bribes to tenants willing to move. Once the buildings were emptied, the owners slapped on coats of fresh paint, gussied up their lobbies, and glued Visa stickers to their front doors. The profits, by Tenderloin standards were great: Rooms that once brought in $180 a month began charging $30 or $40 a night.

Then, in 1980, an even bigger threat emerged. That summer, three national hotel chains announced plans to develop luxury high-rise hotels in the Tenderloin. Taken together, the projects proposed by the Ramada, Hilton, and Holiday Inn would plant nearly 2,000 high-cost hotel rooms on the fragile eastern edge of the neighborhood, effectively linking them to the Powell Street tourist strip and Union Square.

Neighborhood residents and leaders in a newly emerging community organization, the North of Market Planning Coalition, saw these developments for the major threats they were and sprang into action. The Coalition had been founded in 1978 by representatives of social-service agencies working in the neighborhood. But soon, with a staff of young organizers funded by VISTA (a Kennedy-era federal program, sister to the Peace Corps, that sent volunteers to work in poor neighborhoods in the U.S.), the Coalition began to build up a membership base among neighborhood residents and to organize the neighborhood. Committees were formed to battle against the conversion of residential hotel units to tourist use and to resist the construction of the new hotels, or to at least gain compensation for their effects on the neighborhood.

One of the people who enlisted in the fight against the hotels was Joe Kaufman, a disabled artist and poet who joined the Coalition after attending a community meeting. "I saw a sign in a laundromat on Eddy Street and decided to go to the meeting," Kaufman recalls. He had recently moved to the Tenderloin, after being forced out of his home in the Haight Ashbury by a city-funded housing renovation program that pushed up neighborhood rents. "I got thrown out of the Haight and I wanted to be a part of improving a neighborhood. Now I was living in the Tenderloin and here was a way to fight back against the same kind of forces that pushed me out of the Haight and were now threatening the Tenderloin."

excerpted from "The Tenderloin: What Makes a Neighborhood" in Reclaiming San Francisco: History Politics and Culture, City Lights Books 1998