Officers' Row in the 1880s, the cannonballs at lower right mark the main entrance to the Presidio at the time.

Dating from 1862, these are the oldest houses in the Presidio. They originally faced the opposite direction, towards the parade grounds, and were dedicated to housing officers and their families, one per house. They were built as part of the big expansion of the U.S. military during the Civil War, and were turned around in 1878. After WWII they were divided into duplexes. 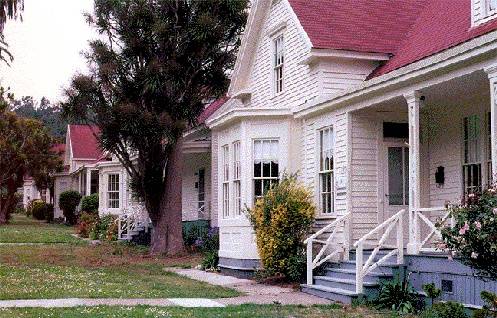