Poetry and Solidarity in the Mission

It was in the flat on 22nd Street that I first thought up the idea of publishing a magazine. Initially we formed our own publishing house, Editorial Pocho-Ché,1 when the entire body of Chicano literature consisted of three or four books. Editorial Pocho-Ché was a collective of poets intent on breaking the literary blockade that publishing houses had imposed, more through their own ignorance than anything else, on Chicano-/Latino writers. We also came together with other San Francisco writers and artists and created Third World Communications (TWC), publishers of the first women of color anthology, Third World Women. Later the collective edited the anthology published by Glide Publications, Time to Greez! Incantations from the Third World. The collective was a loosely organized collaboration, though sometimes we held formal meetings. 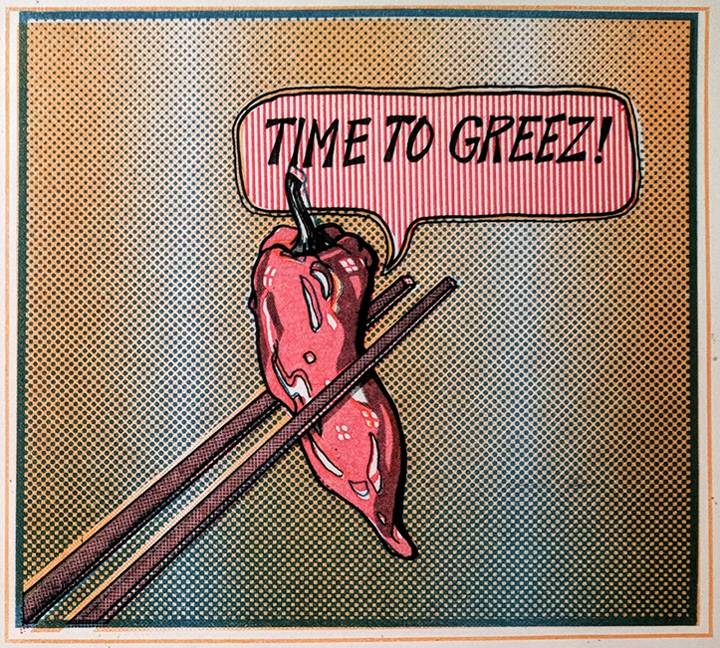 We saw ourselves as cultural workers, not just strictly poets, and and so we organized readings, lots of readings. We put one together at the short-lived City Lights Theater on Mason Street with Fernando Alegría and Victor Hernández Cruz in May 1972 where the Mexican writer José Revueltas showed up. Another memorable reading was one for Neruda and Chile to protest the 1973 military coup that overthrew Salvador Allende. This was typical of the times—the CIA overthrowing democratically elected governments and assassinating Third World leaders. Rupert García did the poster, a dual portrait of Allende and Neruda, and Roberto Vargas and I posted it overnight on Mission Street. Glide Memorial Church was packed with angry people that night, October 4th, 1973, for the reading. This event was a watershed of poetry and perspectives, from Ishmael Reed to Janice Mirikitani to Michael McClure to Jack Hirschman. Dr. Fernando Alegría, who had been the Chilean cultural attaché in Washington and had escaped Chile dressed as a priest, brought the house down with his poem “Viva Chile M.” 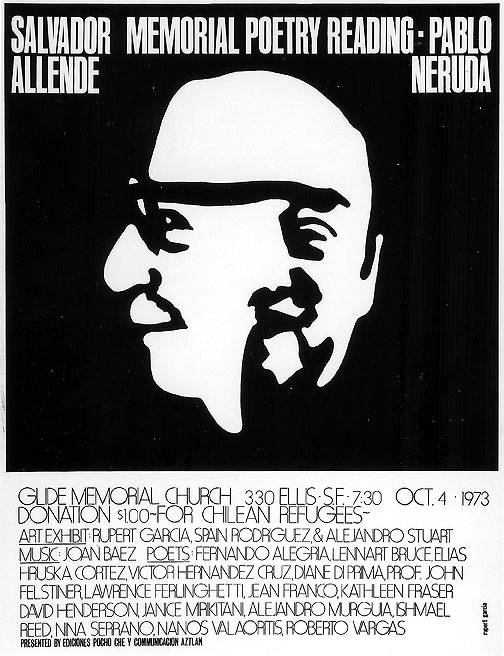 The most way-out reading occurred at the storefront that TWC had at 1018 Valencia Street near 21st. Pedro Pietri from New York came into town and David Henderson, who published a Latin issue of his African-American literary magazine Umbra, brought him to La Misión. A reading was organized and everyone was invited to read a poem, including Jessica Hagedorn, Ntozake Shange, and Hernández Cruz. This is probably the only time when all these poets read on the same bill. It was beautiful. There must have been a hundred and fifty people jammed into the storefront, wine flowed, and the energy was intense. Pedro closed the show with his Rent-a-Coffin routine delivered deadpan style in his mortician’s outfit, his black briefcase, and his Rent-a-Coffin sign. The place just cracked up. One of the poems he read that night was “Puerto Rican Obituary,” the great epic of the Neoricans. 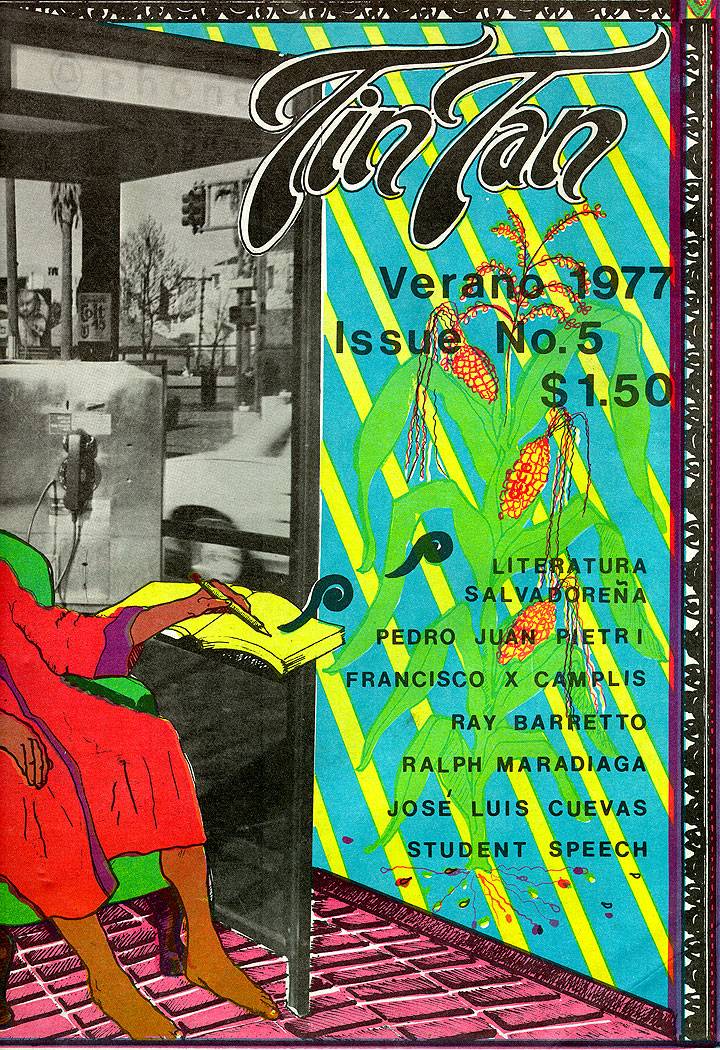 During this period the writers and artists of the Mission were greatly influenced by the Latin American writers of the generation known as the “Boom.” Writers such as Juan Rulfo, Gabriel García Márquez, Julio Cortázar, and Guillermo Cabrera Infante taught us not only about Latin America but also to think of ourselves as Latin Americans. Because of these writers, and many others, we realized that the Mission was a typical Latin American pueblo, since all the characters and situations of these novels could all be found on 24th Street, from the poets, locos, and exiled revolutionaries, to palm trees and even parrots—like the parrots of 100 Years of Solitude that announce the coming of the gypsies. Then, as now, the palm trees of Dolores Street were home to flocks of parrots, especially those known as chocoyos which are native to Central America. The parrots of Dolores Street were a metaphor of the different pueblos that now populated the Mission. 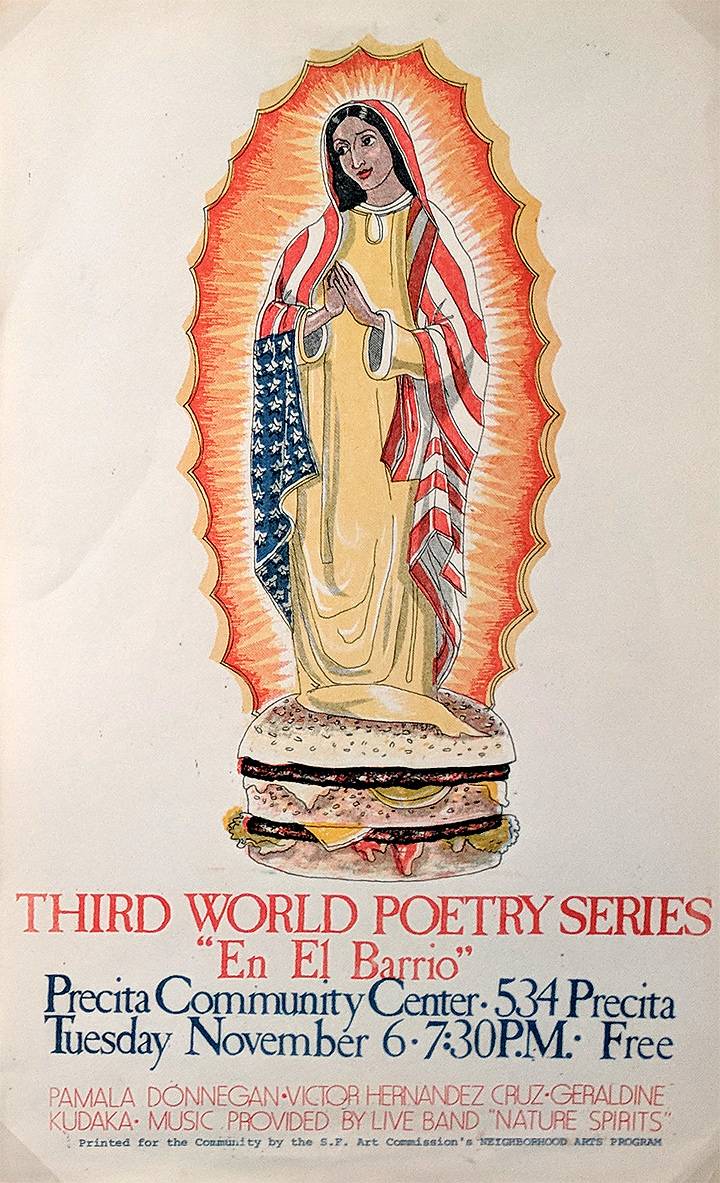