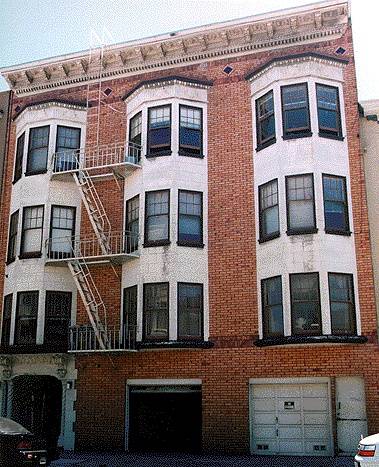 This building at 1827 Golden Gate Avenue is typical of the kind of outlying San Francisco apartment where people have lived more or less ordinary lives since the 1920s. In the early months of 1974, however, activity in one of these studio units was anything but typical. Crowded into this space were all 10 members of the Symbionese Liberation Army (SLA), led by the escaped con, police snitch, and self-appointed revolutionary Donald DeFreeze, who had renamed himself “Cinque,” after the leader of a slave ship rebellion. (Others in the apartment included Bill and Emily Harris, Willie Wolfe, Angela de Angelis, Patricia Mizmoon Soltysik, Camilla Hall, and Nancy Ling Perry.) The 11th occupant of the apartment was 19-year-old Patricia Hearst, of the newspaper Hearsts, who had been confined to a closet, blindfolded, and subjected to mind games for eight weeks following her kidnapping in February.

Hearst, a student at the University of California, had been taken by the SLA from her Berkeley apartment. The little band of parlor revolutionaries, planned to use Hearst as a bargaining chip to free two SLA members who had been arrested for the murder of Oakland School Superintendent Marcus Foster. Foster thought he could relieve the violence and chaos in the Oakland schools by issuing student identity cards. The SLA smelled “fascism,” and Foster went down. The prisoner exchange plan, however did not work. Then Governor Ronald Reagan was not amenable.

So the SLA went to Plan B. They now approached Patty’s father, the increasingly frantic Randolph Hearst, publisher of the San Francisco Examiner, with a demand for a massive food giveaway to the poor of California. Hearst’s rich friends weren’t interested in helping out. Reagan said he would cut off welfare checks to anyone accepting a handout. But Hearst managed to put together $2 million from his own assets, enough to sponsor what turned out to be a badly executed giveaway. Riots broke out, food was stolen, turkeys were thrown from the back of moving trucks as hungry and not so hungry people fought over them. In a taped communiqué Patty told her father, “So far it sounds like you... managed to turn this into a real disaster.”

Matters seemed at an impasse. But 59 days into the young Hearst’s captivity the other shoe dropped. Patty emerged from her closet to be photographed in full pseudo-revolutionary gear proclaiming herself “Tania” after a female fighter who had died with Che Guevara. Tania said she would stay with the SLA, to fight for her freedom “and for the freedom of oppressed people everywhere.”

Unsurprisingly, Patty’s conversion was greeted with skepticism by her family and many others, so Cinque decided he needed to up the ante and put his newly minted revolutionary on public display. On April 15, the little band pulled off a $10,000 bank robbery at the Sunset branch of the Hibernia Bank. Patty was caught on camera with an M1-rifle and wig, announcing, “I am Tania.” 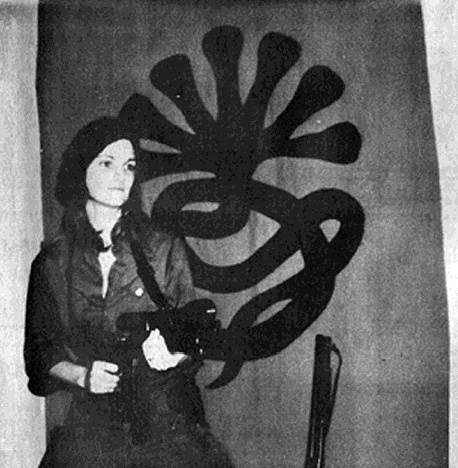 Shortly after, Cinque began feeling the heat in San Francisco, so he took his troops to Los Angeles where they were tracked down at their bungalow hideout and incinerated in a firefight. Patty was not with her comrades and managed to stay on the run for more than a year before being captured at an apartment near the Cow Palace.

For her trial, on bank robbery charges, her father hired showboat attorney F. Lee Bailey, who passed up chances for a plea that might have resulted in probation, in favor of a “brainwashing” defense. The jury was not convinced. Patty was convicted and the judge sentenced her to 14 years in prison. After seven years her sentence was commuted by President Jimmy Carter. In 2001, President Bill Clinton granted her a full pardon.