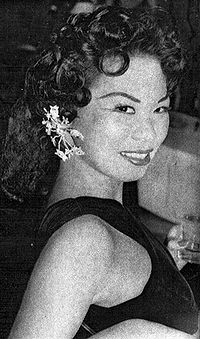 Pat Chin was born and raised in what she calls, “the tenements of old Chinatown.” She and her mother had dreams of dancing lessons but the money was never there. For Pat, dancing in the nightclubs was the result of her need to work, and to make her own way. She was not an enthusiastic student and wanted to earn her own money. On a whim, she answered a newspaper ad for Walton Biggerstaff’s dance studio. At age 17, Pat joined Biggerstaff’s studio in 1953. She later earned her GED.

Biggerstaff's studio was a pipeline to work in the Chinatown nightclubs. He did the choreography for the Forbidden City and many other clubs. Dancers learned the ropes in his studio and then moved into the chorus, where Biggerstaff drilled them. Pat Chin recalls the hard and exacting work of learning the steps and routines. Pat's first show was produced by Andy Wong and ran for several weeks in Vancouver. But when the bookings ran out, she had to return to San Francisco and look for other jobs until a new show came along. She found work as a board marker at a New York Stock Exchange brokerage house, a job she would return to between dancing contracts. Pat was signed to a company run by Tom Ball, the owner of the China Doll nightclub in New York. The show traveled up and down the West Coast and Pat ended up in Los Angeles when the bookings ran out again. She returned to San Francisco in 1955 when she got a gig at Andy Wong's Chinese Sky Room, and continued working there until 1958. 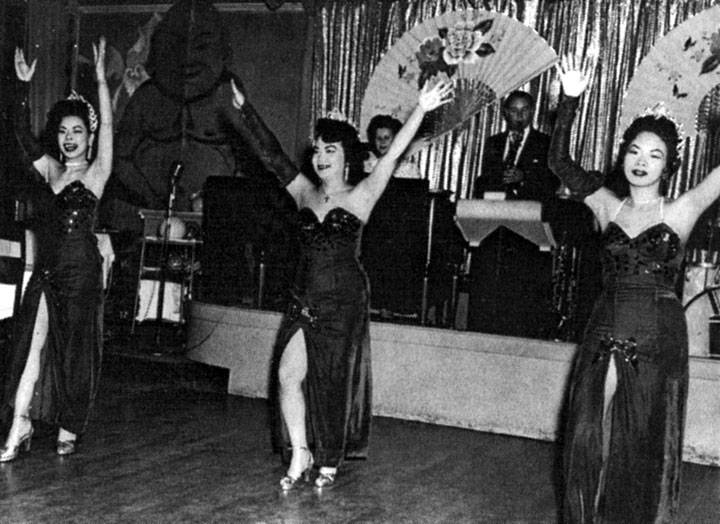 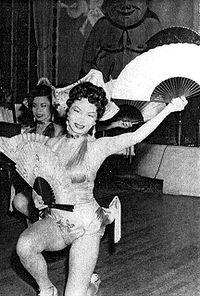 Life on the road was hard – long hours, long bus rides, performing for audiences in big cities and small rural Western towns. Pat has nothing bad to say about those times – she doesn’t recall experiencing any racism on the road. Pat performed professionally for just over five years. She recalls, “After that I got married. [My husband] was a merchant marine. Yes, I stopped dancing entirely. Well, when you get married and have children you can’t go out on the road like a vagabond any more. Although I loved it...oh I sure did. Though family is a little bit stronger than dancing.”

In 2003, Pat did return to dancing, working with the Grant Avenue Follies, a troupe of former nightclub dancers who raises money for charitable organizations in the San Francisco Bay Area, and entertaining Seniors at Senior Centers and Veterans at Veterans Administrations Hospitals. As of April, 2010, The Grant Avenue Follies is still going strong.