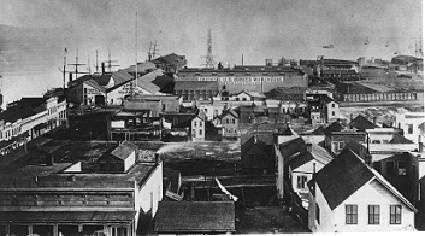 In the late 1860s, South Beach was the site of Pacific Mail docks that brought most Chinese to California. On July 25, 1877, during anti-Chinese riots across the city by white workingmen and unemployed, a fire erupted near the Pacific Mail docks. A mob tried to keep the firemen from bringing the flames under control, and during the conflict four men were killed. 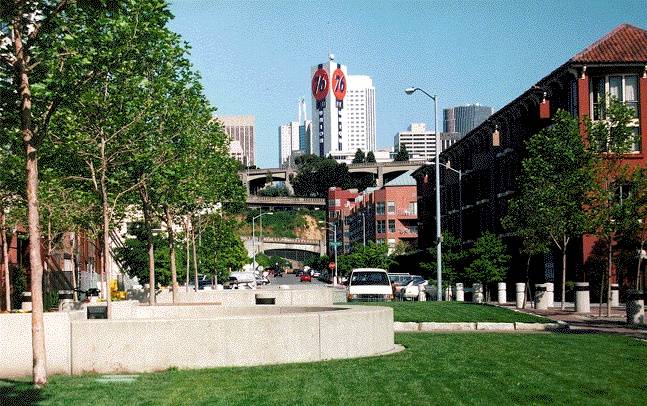 Looking north up the former 1st Street toward Rincon Hill, 1996. Delancy Street's new facility is the building to the right, and their name now graces this small street. The 76 Union tower just north of the Bay Bridge ramps has been given a new logo by one of SF's largest banks, after five decades of advertising Union Oil Co. of California. (It has since been replaced by new highrise constructon--C.C., 2008) 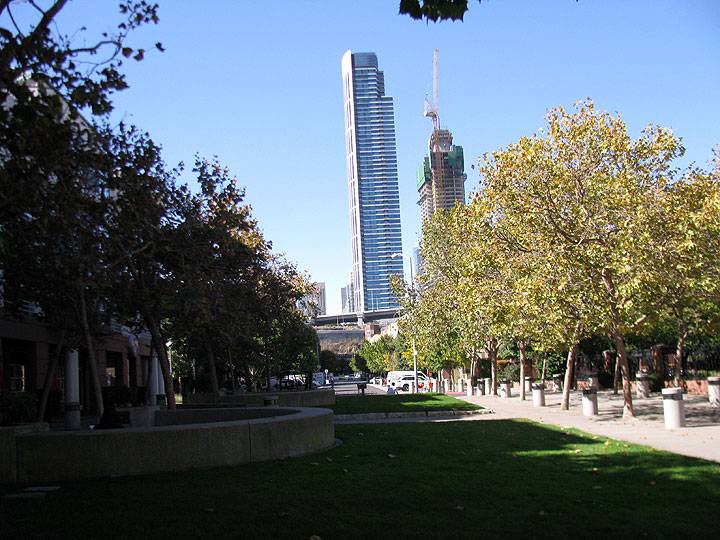