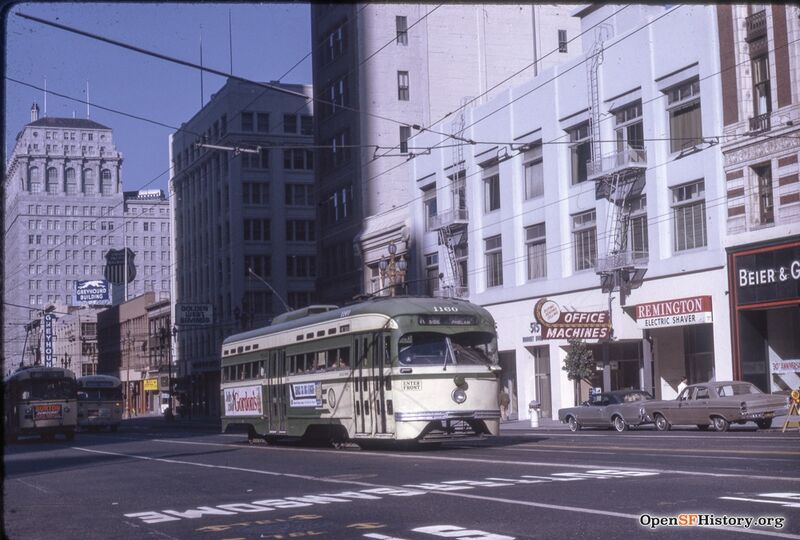 PG&E building at left in this August 1967 photo east on Market from First Street.

I had many jobs in my first year in San Francisco,1965. Jobs for college girls who could type were easy to get. In the morning, if I heard "What a Day for a Daydream" on the radio, I wouldn't go to work, and if I lost my job I'd get another. Whatever it was they paid me, it was enough. Rent was $90 a month for a garden apartment on Steiner Street near Alta Plaza. 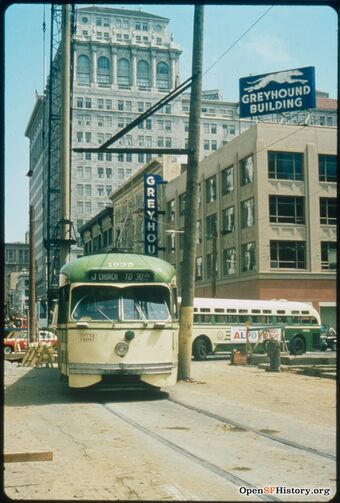 Market and Fremont streets in 1969, with the PG&E Building looming behind. BART construction has torn up the surface of the street, and the Greyhound terminal at Fremont and Market was soon moved to 7th and Mission.

One job was for PG&E on Beale and Market. I think we were on the fourth floor. It was a room full of young men and women sitting at long tables. In front of each of us was a cardboard box full of signed contracts paper clipped (I think) to small maps. The maps showed the path that electricity wires would take across some property in California, and the contracts were agreements from the property owners to allow the easement. My boxes were about land up in the Gold Country. We coded the coordinates of the path through the map onto an index card which would then go to the keypunch people somewhere else.

What struck me as silly at the time was how many property owners asked questions about whether electricity could leak out from the wires and start a fire. They apparently were reassured before they signed.