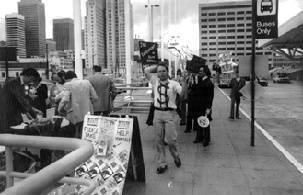 Attempts to organize office workers by traditional bureaucratic service-worker unions like the SEIU and OPEIU were largely a flop. Indeed these unions, like most others during the early eighties, actually lost a lot of members to decertification elections and runaway shops, which began to afflict the clerical workforce much as they had been battering industrial and transportation workers for several years already. More promising efforts, like the underground independent proto-unions Bankworkers United and IBM Workers United, fizzled out in the heavy rain of repression under Reagan. 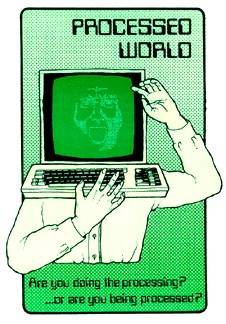 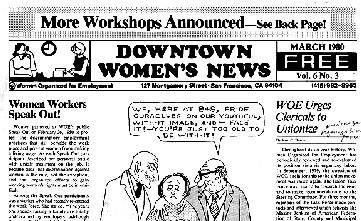 March 1980 masthead of the "Downtown Women's NEws, a pro-union publication in SF. 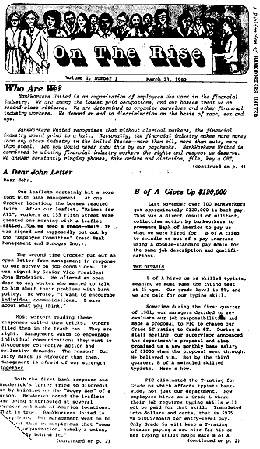 On The Rise issue for March 31, 1982; a publication of Bankworkers United.