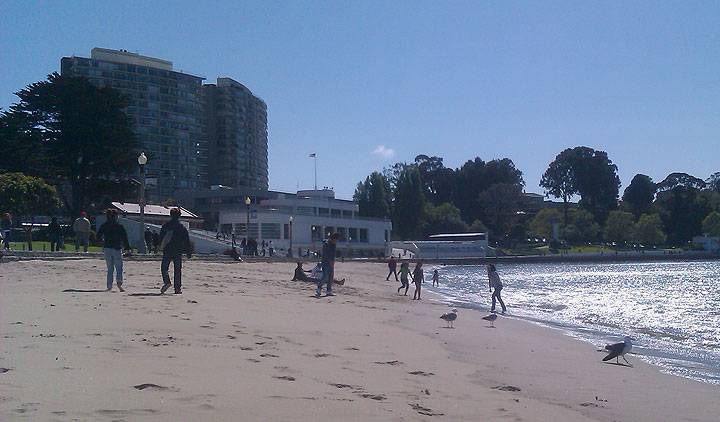 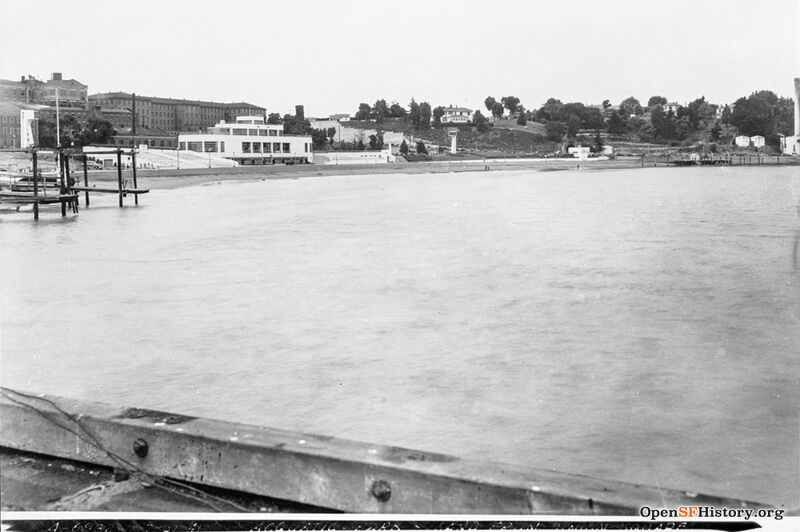 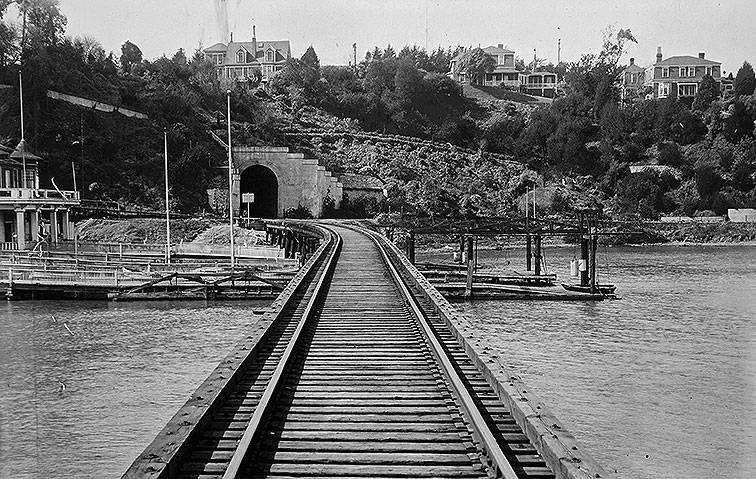 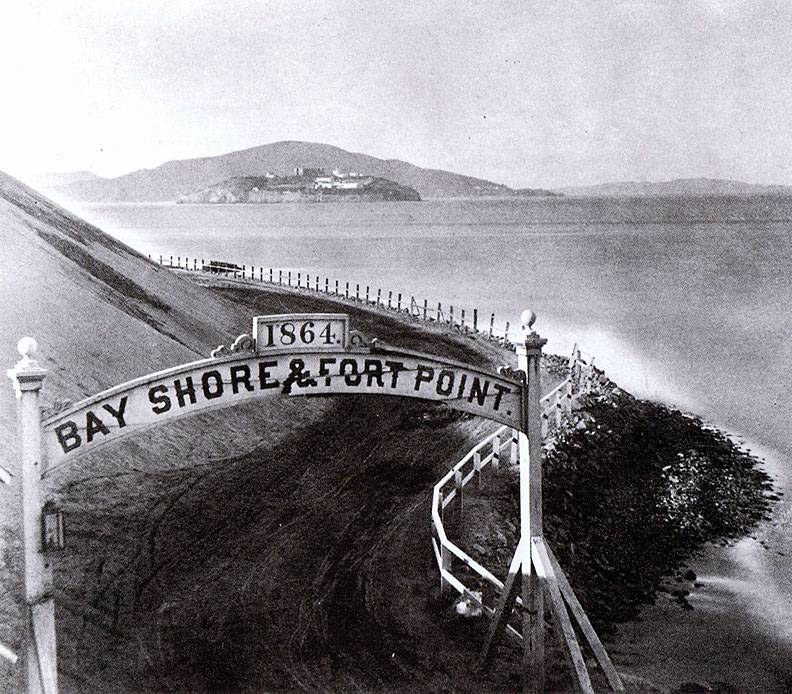 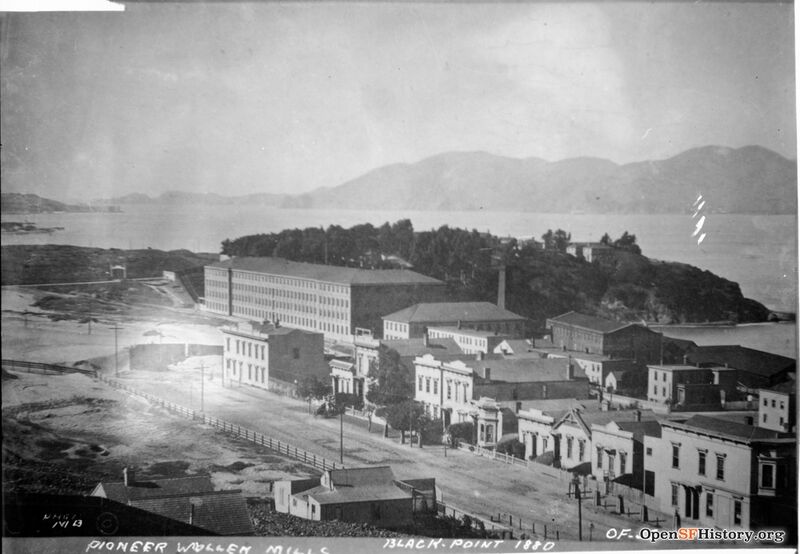 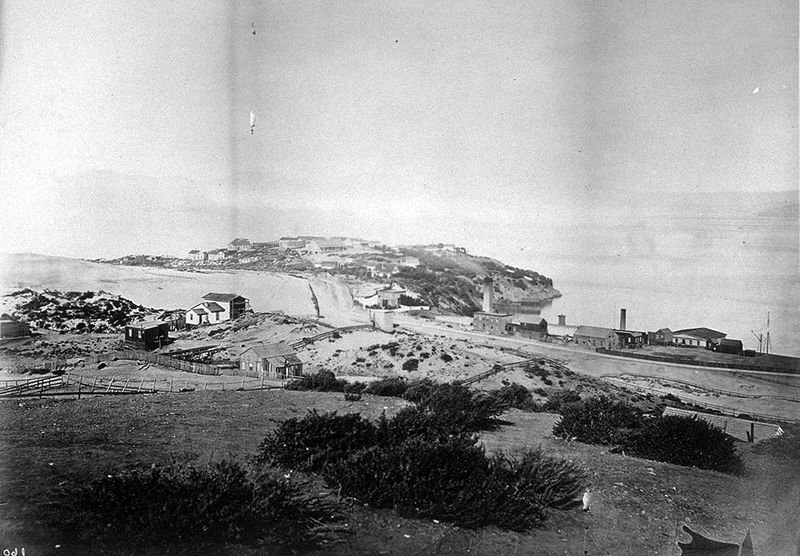 Black Point at the beginning of the Pioneer Woolen Mill. 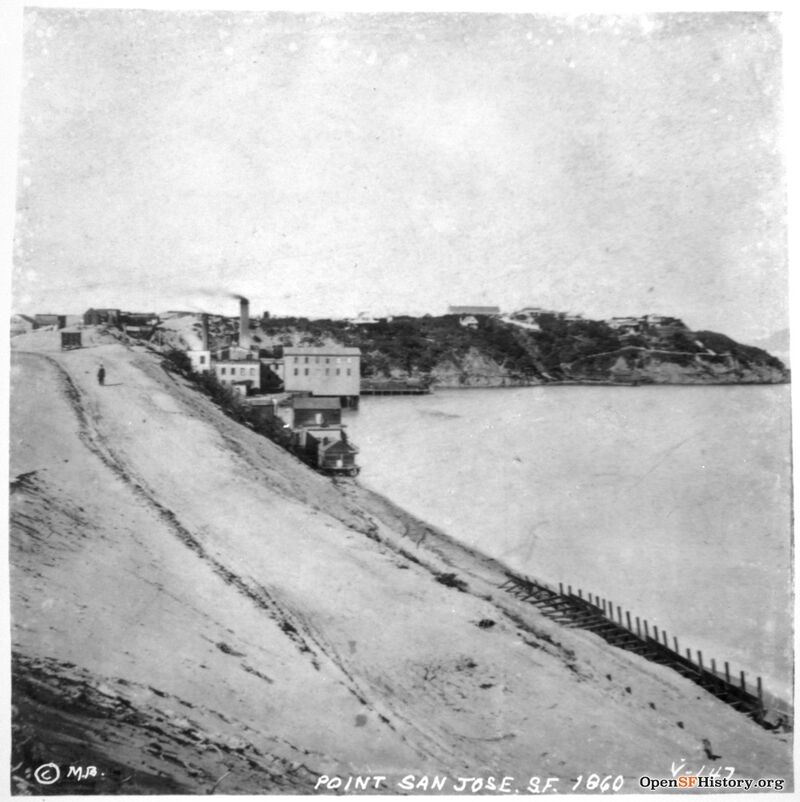 Aquatic Park shoreline, c. 1865, long before the landfilling that extended the shoreline to today's beach shoreline. 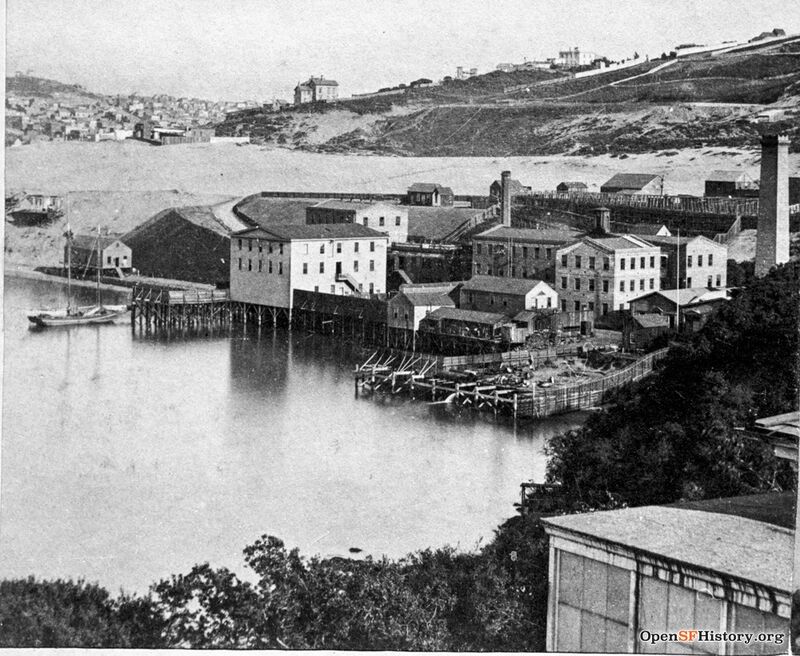 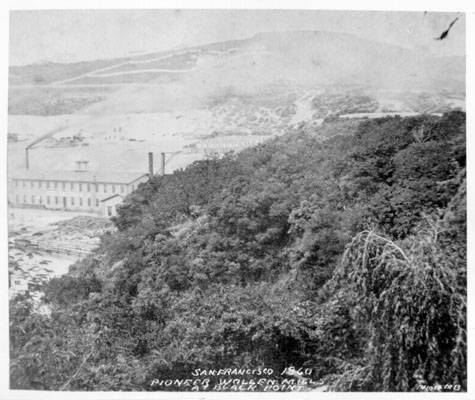 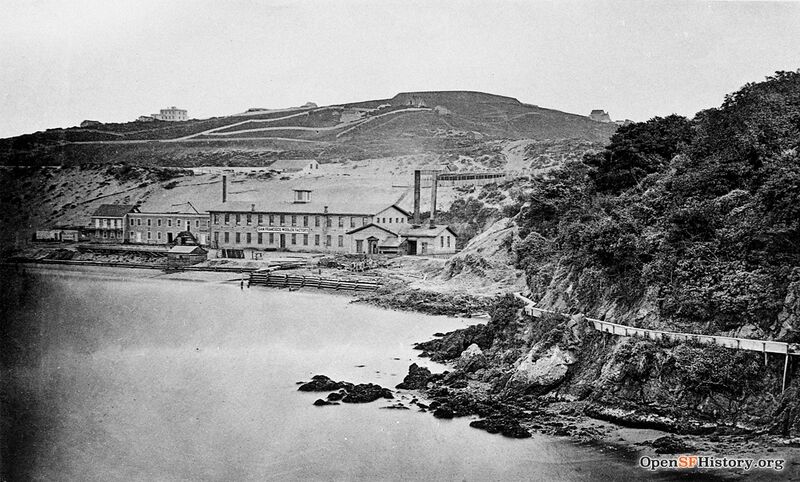 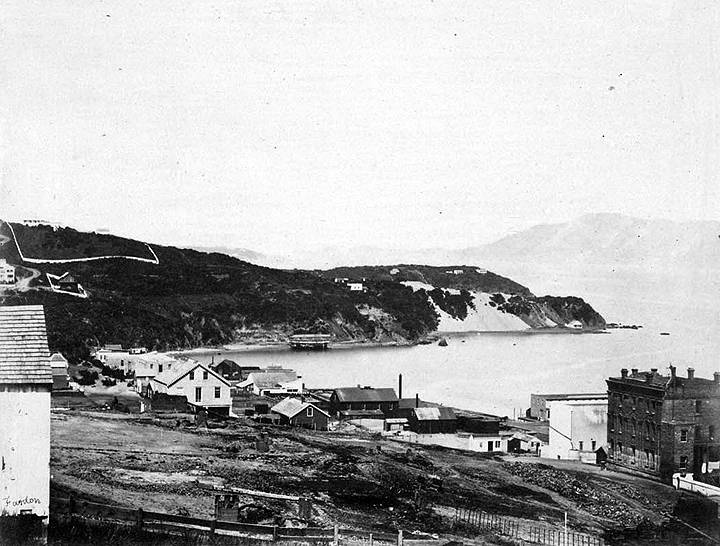 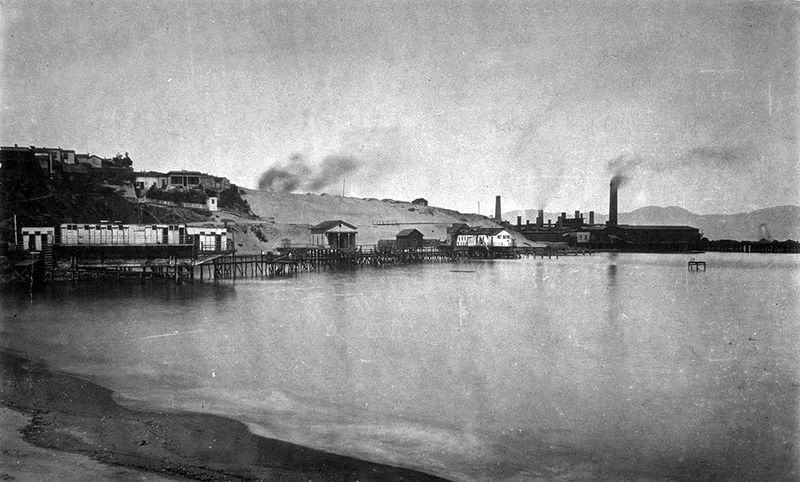 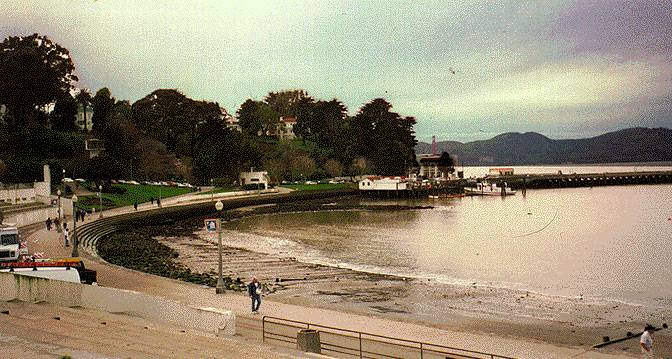 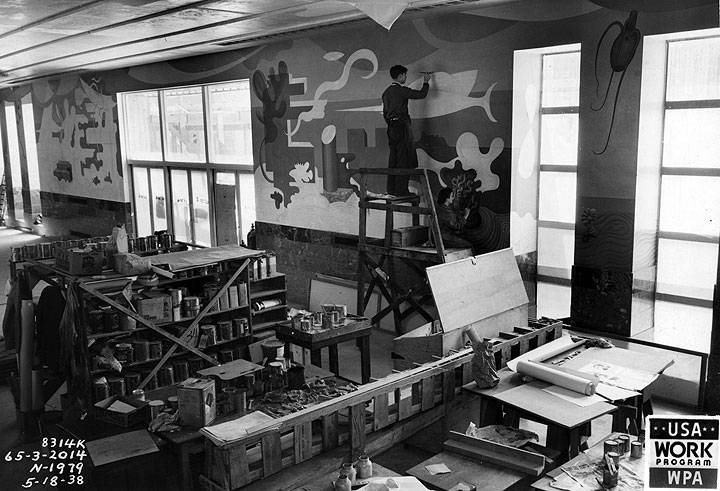 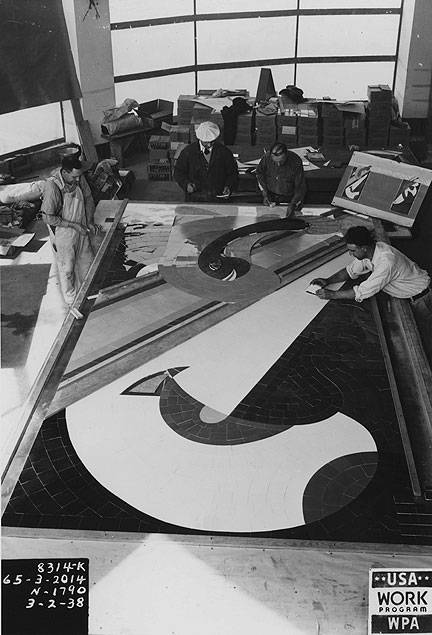 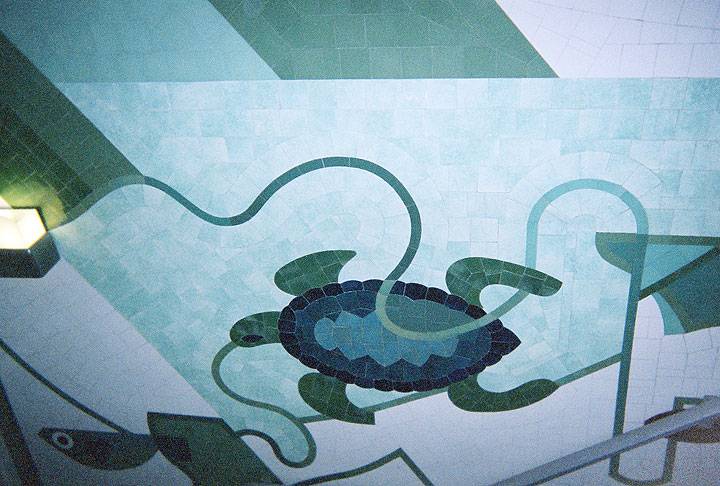 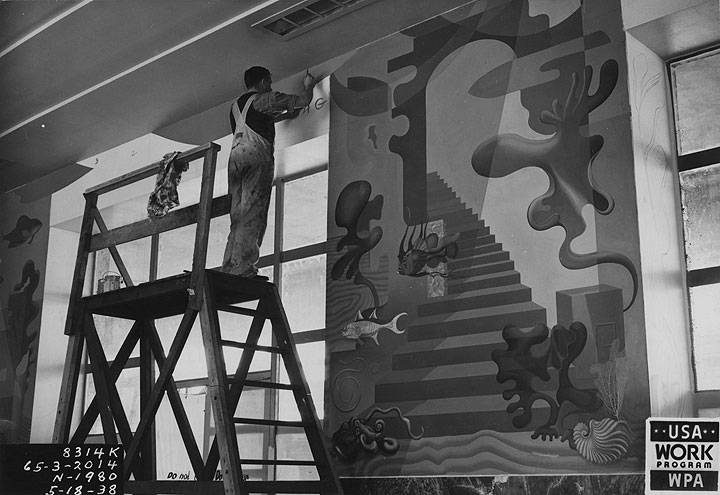 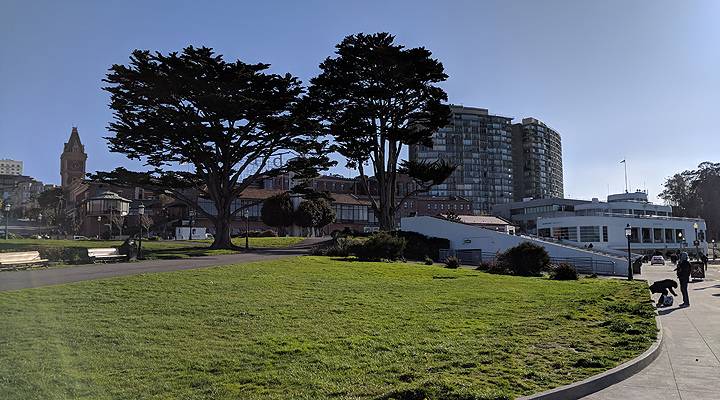 Ghirardelli Square and the Maritime Museum adjacent to the lawn of Maritime National Park. 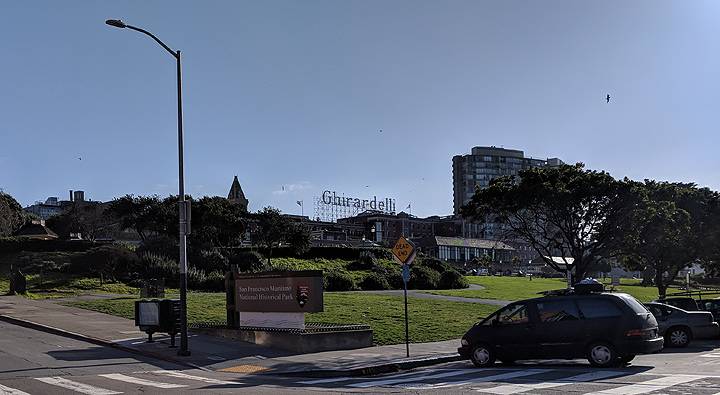