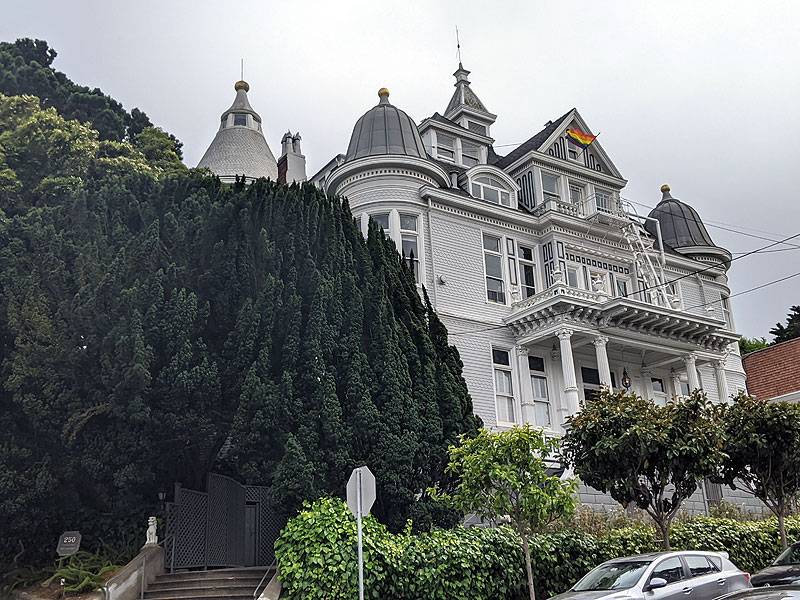 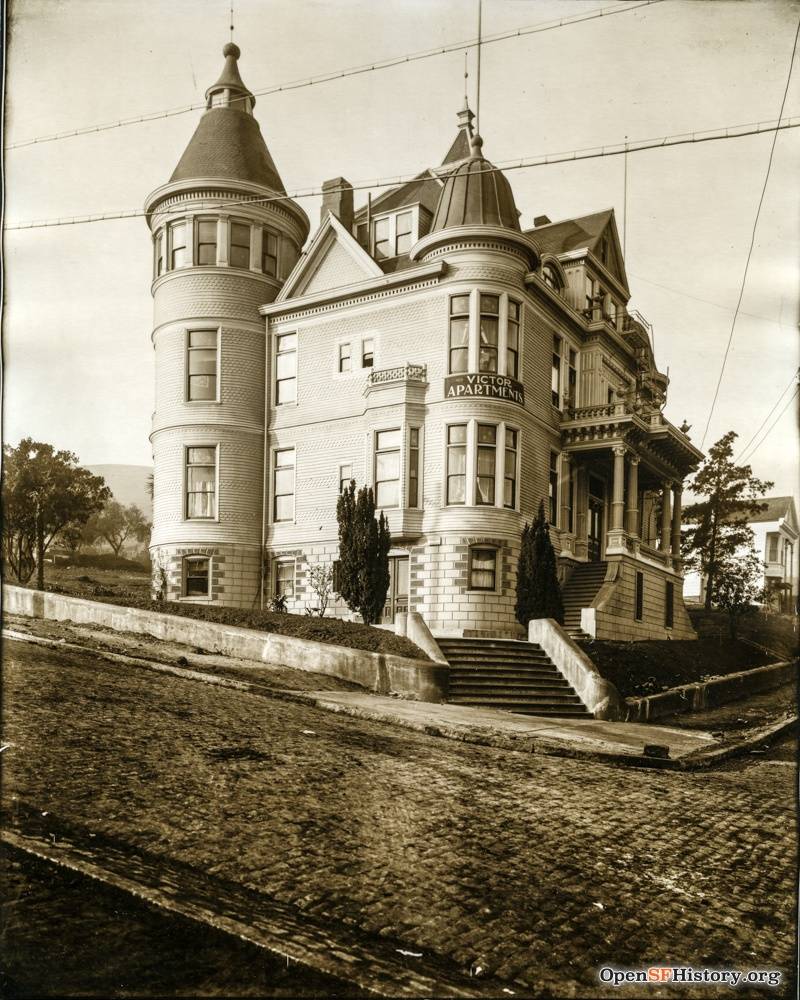 The building when it was the Victor Apartments in 1910. 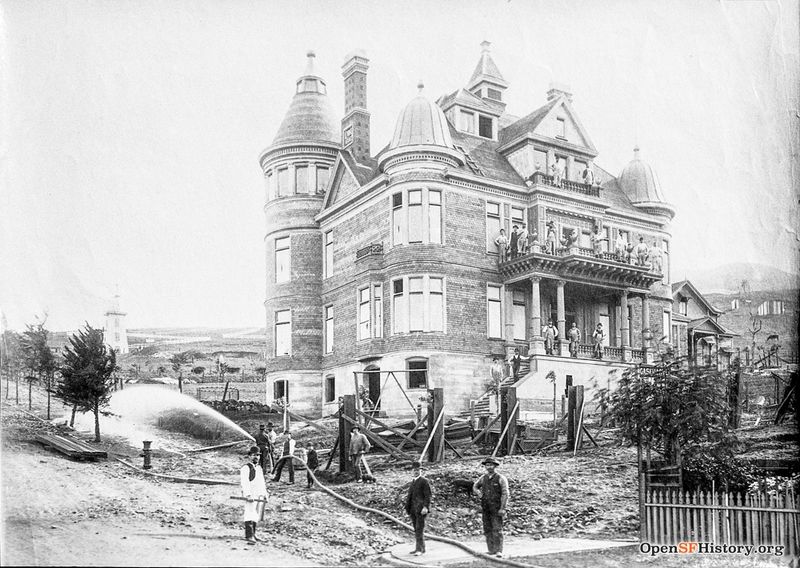 Still under construction in 1892.

Nobby Clarke's Folly, at the corner of Douglass and Caselli in upper Eureka Valley, built on a 30-acre spread in 1892. Nobby Clarke got his money as clerk to the Police Chief during the first decades of San Francisco's urban existence. 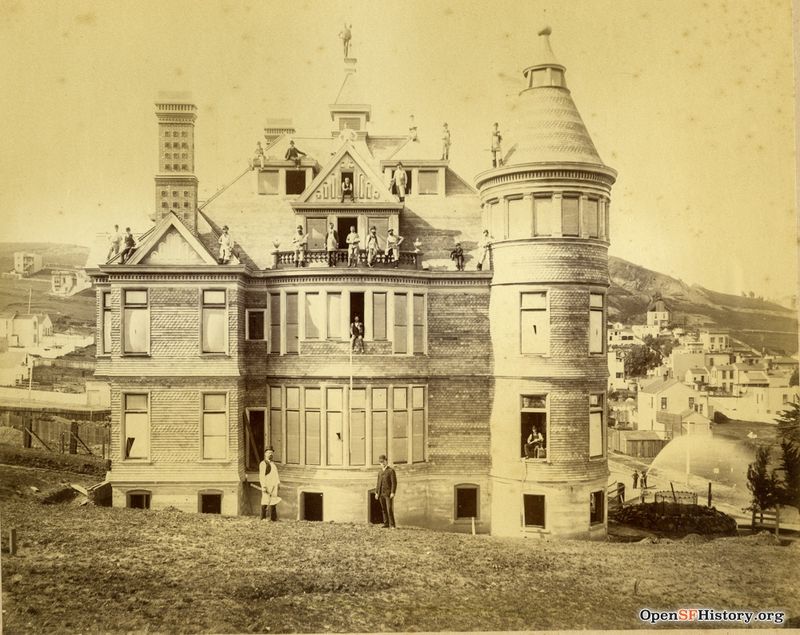 Nobby Clarke's Folly looking northward while under construction in 1891. Corona Heights in background. 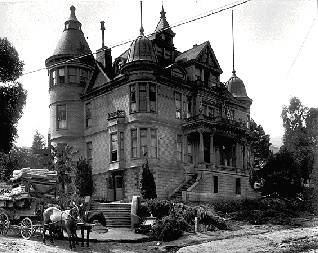 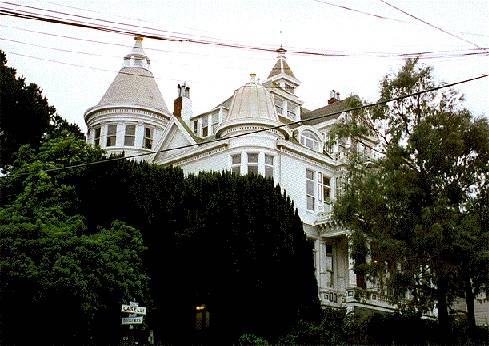