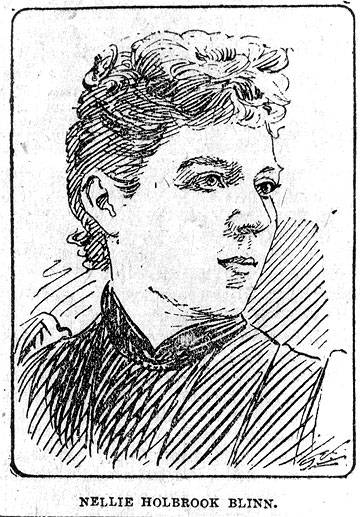 A crackerjack of a speaker, this blonde, blue-eyed suffragist defied the oft-used stereotype of the suffragist as a dour old woman. A teacher at the age of 13, she matured into a powerful speaker who could project her voice to the last row of an outdoor gathering. Her stage presence could counter gracefully even the fiercest badgering from anti-suffragists in the audience. She was so winning and capable, politicians hired her to campaign for them.


Her talents included organizing. In San Francisco, at the 1906 suffrage convention, overflowing with enthusiastic women undaunted by the presence of the devastation of the great earthquake and fire, Mrs. Blinn proposed reorganizing the entire state in the chain-of-command structure that served the Los Angeles area so successfully during the 1896 election.