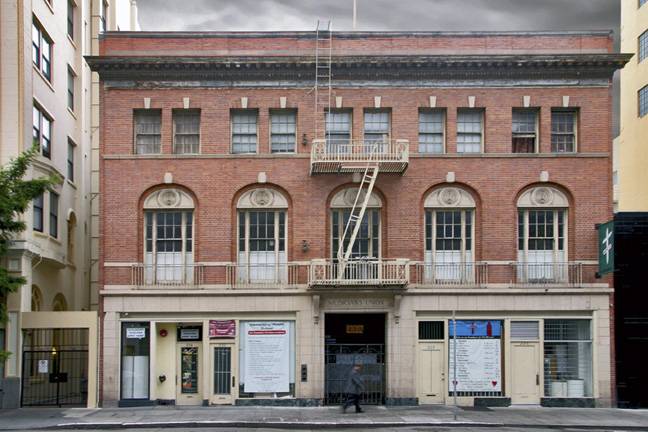 Sylvain Schnaittacher was president of the San Francisco Chapter of the American Institute of Architects when he designed the Musicians Union Hall. The pomp and pageantry that surrounded the building’s official opening on 09 June 1925 included a dedication by Mayor James Rolph, Jr. and a morning parade down Market Street with six huge brass bands and fifty automobiles full of civic and trade union leaders. Celebrations went on for five days, highlighted by dress balls, lavish dinners, and concerts at the beautifully appointed new union hall.

The handsome new building is a steel brick concrete structure of four floors, the basement being a ten foot ceiling composed of fifty-five hundred square feet which will later be made into recreation rooms and club rooms; it also contains the engine room and vaults for records.

The main floor consists of a foyer, cigar stand, elevator, beautiful meeting room and combination ball room. Members will use the hall to transact business during the day and at night this beautiful hall will be rented for balls, banquets or recitals. This hall also opens on the mezzanine floor, and both may be used as a unit, together with the ladies’ room, as well as the gentlemen’s room in the basement. The main floor also has two beautiful stores which will be rented to desirable enterprises. The foyer on the main floor is equipped with hat rooms, telephone exchange and five sound-proof telephone booths and drinking fountain.

The mezzanine floor contains a small hall, offices of the Musicians’ Union and the other offices will be occupied by the Stage Hands’ Union.

The top floor contains seven offices, three of which will be occupied by the Moving Picture Operators’ Union. The balance of the top floor is the club room of the Musicians’ Union and will house all card rooms, kitchen, lunch room, where all liquid refreshments and appetizing drinks will be sold. This club room will be under the able management of our popular member “Billy” Backstedt, and nothing but the best of eats and refreshments and first class service will be afforded the members.1 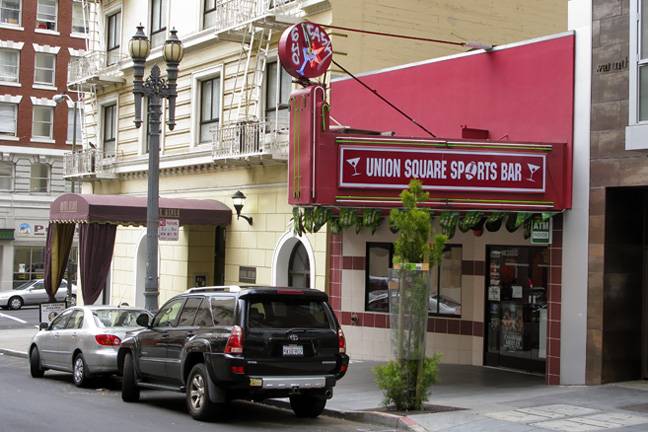 In the early ’70s I was something of a regular at Ginger’s, a little hole-in-the-wall at 115 Mason Street with a surprisingly well-kept, old-fashioned redwood brass-rail bar that contrasted starkly with beat-up wooden tables and chairs and an ancient parlor upright piano near the back, next to the jukebox. The place was a dive, which was reason enough for me to like it, but what enthralled me was that most nights the music came from the old piano, played by an elder black man whose artistry brought the battered instrument to glorious life with eclectic medleys that ranged from ragtime to swing to rhythm-and-blues. I never failed to put something in his tip jar and frequently expressed my appreciation for his musicianship. Once he got to know me, he’d sit and talk with me sometimes during his breaks. In the course of our conversations I learned, among other things, that he and just about every other working musician in San Francisco belonged to Local No. Six. In fact, the union’s membership was then at its peak, having reached an all-time high of 5,900 in 1969. 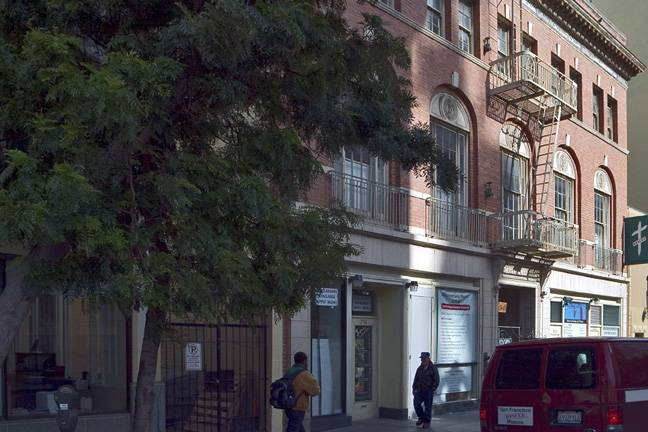 After the Musicians Union moved in 1998 to its current headquarters on Ninth Street, the Jones Street hall was taken over by the San Francisco Rescue Mission, who infamously loaded the union’s archives into dumpsters and hauled them away, turning priceless artifacts of San Francisco’s musical history into landfill. The loss is overwhelming, tragic, and irreversible.