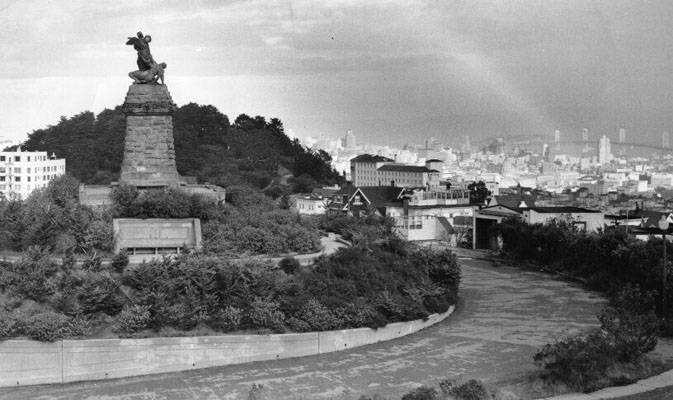 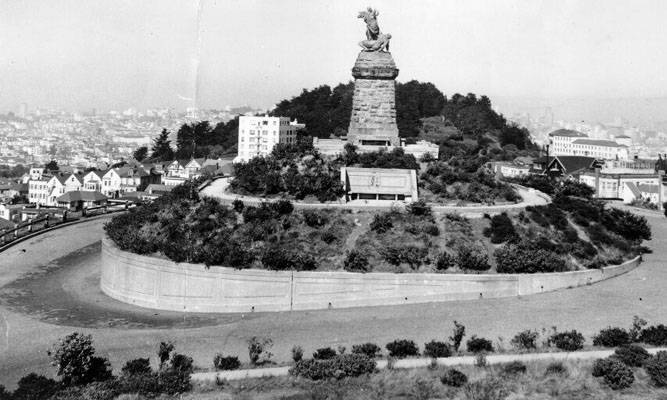 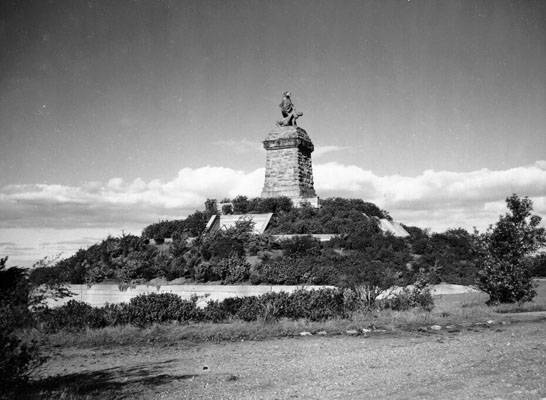 On a beautiful day in 1887, a large group of people gathered at a San Francisco intersection which no longer exists. At 16th and Ashbury, on the top of a hill known as Mt. Olympus, you would find the San Francisco Board of Supervisors, a band, the entire student body from the Sanchez Street School, and dozens of other onlookers. They came to witness the dedication of a huge statue called Triumph of Light that Adolph Sutro had donated to the City. Sutro, an eccentric millionaire entrepreneur and owner of roughly one twelfth of the land in San Francisco (most of it in the Richmond and the Sunset), was giving a mercifully short speech. He praised the view this public statue would command from Mt. Olympus: Marin and Vallejo in the distance; the roofs of the Mission up close. 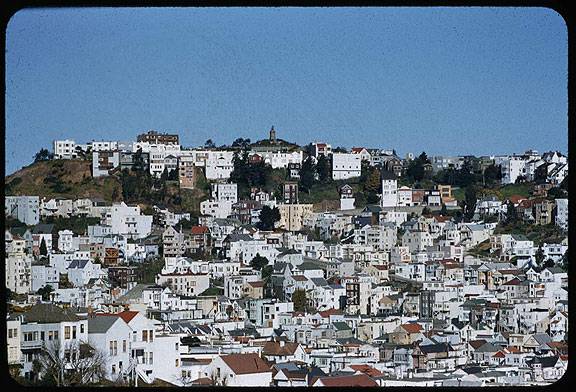 View of Mt. Olympus with statue from hilltop at 22nd and Collingwood, March 14, 1955

Over one hundred years later, I sat in UC Berkeley's Bancroft Library (home to rare books and archival papers) reading a pamphlet created to commemorate the event. The thick cover was cracking with age, and its references to civic pomp from so much earlier in San Francisco's history made what was once a cheesy souvenir into a bizarre and mysterious relic. I tried to imagine what it would have been like to stand on a hill in San Francisco and see only sand dunes where my Richmond apartment is now.

Describing this long-ago dedication ceremony, the author of the pamphlet wrote, "The Monument, with a square of ground one hundred feet each way, is the gift of Adolph Sutro to the People and City of San Francisco . . . Time will spread the city to its base. Within a few decades it will be the center of life and stir. Old men will sit to rest on its steps, and playful children climb to the summit. Generations will fade away, and still that monument will Dally with the wind, and scorn the sun. Yet, while a semblance of its shape remains, the name of Adolph Sutro will linger in the memory of man. Children shall ask: Who built this Monument? And old men shall answer, Adolph Sutro, a pioneer of this fair land, a successful miner, a joyous free American Sovereign, a lover of Light and Liberty, that for all time those who live at its feet may be like him, and love them too!"

But few people today remember Adolph Sutro, who was among other things one of the City's most anti-corporate mayors. And the City has not only spread to his Monument's base, but has consumed it. After nearly being destroyed by vandals, Sutro's much-celebrated gift was removed to make way for some of San Francisco's most valuable real estate. And yet Sutro's name floats at the edges of San Francisco's cultural and urban geography: Sutro Tower sits atop Sutro Hill; UC San Francisco was built on land that Sutro donated; tourists flock to Sutro Heights next to Golden Gate Park; and the ruins of Sutro's Baths decay enigmatically beneath the Cliff house (also built by Sutro).

Sutro's Monument to liberty at the now-vanished corner of 16th and Ashbury has become in the end a monument to the powers of capital to rearrange the landscape of history even more effectively than politics can. Remembering another kind of history, in which the masses deserve free public parks and cheap transportation, takes work. You can find it hidden in libraries of rare books, newspaper archives, and reports written up for the National Parks Service. But it isn't obvious; you can't really see it in the ruins of another century without a great deal of interpretation.

Perhaps this is why every several decades we have to learn again that the Octopus must be destroyed. In the remains of Sutro's Baths, and the populist spirit they embodied, we can find what was forgotten one hundred years ago.

—excerpted from "In Search of Adolph Sutro" in the San Francisco Bay Guardian, January 13, 1999 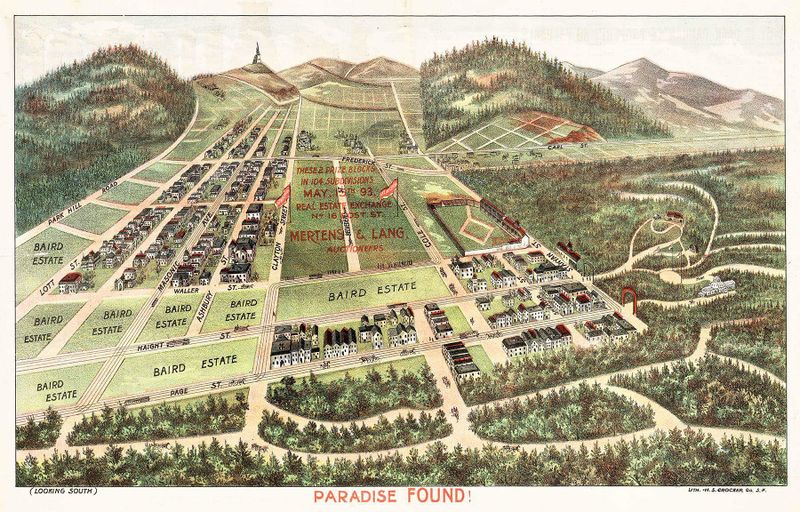