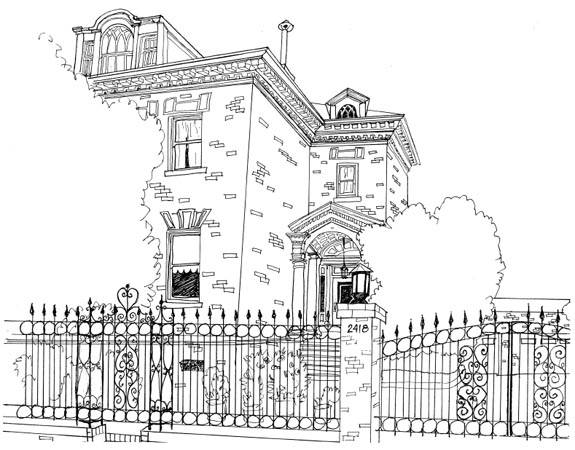 2418 Pacific Street, a house faced with dark, elegant brick laid in a formal Flemish pattern and trimmed with light-colored granite. All Georgian or Colonial Revival at its best.

Mortimer Fleishhacker Sr. of 2418 Pacific was born in San Francisco in 1868 to a modest paper box manufacturer whose partner he became in 1892. That was just the beginning: soon Mortimer and his younger brother Herbert, quite different in personality but a keen business ally, were financing and running an incredible variety of companies pyramided, it’s said, on a 1,000 percent profit from the purchase and sale of an Oregon paper mill discovered by Herbert on his regular sales route.

In 1903 the brothers organized the American River Electric Company, an early hydroelectric generation venture. One thing led, as they say, to another and for a dozen years Mortimer presided over the Great Western Power Company, a serious competitor to PG&E which was bought out only in 1930.

Herbert, by the way, who lived at the St. Francis Hotel, is the one after whom Fleishhacker Zoo and the giant Fleishhacker Pool were named. He got into banking through his father-in-law, Sigmund Greenbaum, and by 1909 was managing the Anglo and London Paris National Bank which later became Anglo-California, then Anglo-Crocker, then Crocker Bank. Soon he was enlisting Mortimer to preside over the related Anglo California Trust Company and for three decades the brothers worked together in banking.

Mortimer was the quieter and more intellectual of the two. His immense curiosity about new processes led to investments (and usually directorships or more) in irrigation, sugar-making, paper, insurance, wine and other industries. Although his own education had ended during high school, he was a regent of the University of California for thirty years. And he served as a director of the San Francisco Opera, San Francisco Symphony, the Museum of Modern Art, Temple Emanu-El, the Hebrew Orphanage, and so on.

Reprinted with permission from Gables and Fables: A Portrait of San Francisco’s Pacific Heights by Anne Bloomfield and Arthur Bloomfield. Illustrations by Kit Haskell. [1]. 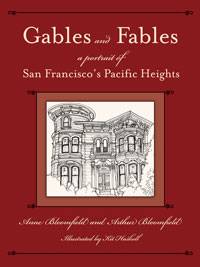