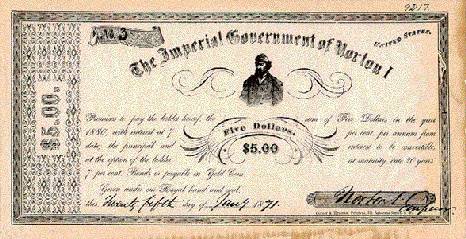 Imperial Government of Norton the First Norton Note for 5 dollars

Museum of the Money of the American West, 400 California Street, in the basement of the Bank of California. Open Monday-Thursday, 10 a.m.-3:30 p.m., Friday 10-5. Free admission.

In a socialist utopia, governed by "from each according to his abilities, to each according to his needs," the only place for money would be in a museum. Well, utopia isn't here yet, but the Money Museum is. They've got Mormon money, Gold Rush money (imprinted with the slogan "In Gold We Trust") and much, much more. When you think about it, what could be weirder than money - those meaningless little scraps of paper and chunks of metal that people will do just about anything for? 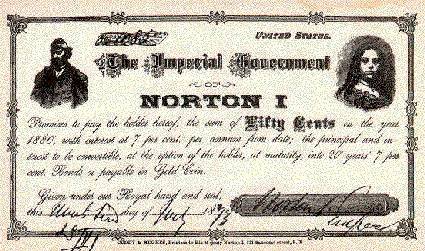