Monetary Crisis 1850 and Oversupply Crisis of 1851 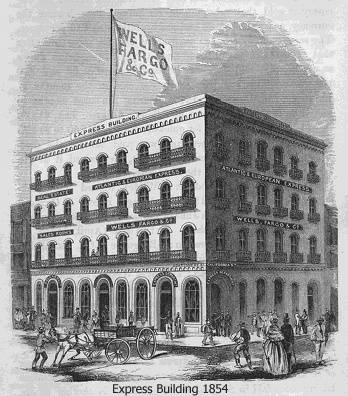 SEPTEMBER 7th. There have been during the last few days a monetary crisis and great run upon the banks when one of them, Mr. Henry M. Naglee's, suspended payment today. During the troublous and exciting winter of 1849-50, speculation had gone beyond all bounds both in every kind of merchandise and in real estate. When the reaction came, prices fell nearly as much below the prime cost of goods as previously they had been above it, and in many cases great quantities of valuable merchandise could be had at nominal rates. Real estate, when forced on the market, often did not fetch a tenth of its recent value. Added to this sudden collapse of prices, three great fires had helped to ruin many, and had affected indeed every inhabitant of the city in some measure prejudicially. Thus a general financial embarrassment ensued, and numerous bankruptcies of people previously reputed wealthy followed. Some of the most extensive firms of the city were compelled to assign their property for the benefit of their creditors. On a sudden, a panic seized those who held deposits in the different banks, and an immediate "run" was made on these establishments. Messrs. Burgoyne & Co., James King of William, and Wells & Co., nobly met the unexpected demand, and kept their doors open during unusual and extra hours to accommodate the half frantic depositors.

The commerce and imports of San Francisco were very great during 1851too great indeed for a profitable trade. The fall in the prices of nearly all kinds of merchandise which lasted over a great part of 1850, continued during the following year. Matters were perhaps not quite so bad as when, in the spring of 1850, chests of tobacco were used to pave the streets or make a solid foundation for houses, and when nearly every article of merchandise went a-begging for a buyer, and not finding one was cast aside to rot, or used to fill up mud-holes; but still, in 1851 most kinds of goods were a dead loss to the owner. In the palmy days of '48 and '49, all were purchasers, at any price: now everybody sought to sell, at no matter what sacrifice. In '49 a dollar was paid for a pill, and the same sum for an egg; a hundred dollars for a pair of boots, and twice that sum for a decent suit of clothes; a single rough brick cost a dime, and a plank some twenty feet long was cheap at ten dollars. At one period of that wondrous year, common iron tacks of the smallest size, sold for their weight in gold; and for a long period were in request at from five to ten dollars an ounce.

But in 1851, bales of valuable goods were sometimes not worth their storage. There happened to be no plaster walls in '49, and small tacks--of which there was only a very meager quantity in the country, were in extreme demand for fastening the usual muslin coverings to the wooden partitions of houses. Hence the apparently extravagant sum that was given. Everything that was useful and really needed in those earlier days commanded the most astonishing prices. The supply was limited and the demand great, while money was suddenly plentiful. But in 1851 the stock of all kinds of goods was greatly over-proportioned to the natural demand of the place. The population of the city and county generally, although numbering only about a quarter of a million persons, yet being nearly all in the prime of life, rich and careless, and with large appetites, consumed and wasted the goods and provisions that would have satisfied an ordinary population of perhaps a million of people. Still the imports into San Francisco were far ahead of the most extravagant demands and consumption of the ravenous, wasteful people of California. For any article actually required, and of which there might be but a scanty stock in the market, noble rates were still given; but as the supply of most goods was immense, prices fell accordingly. The auctioneers, whose business and importance daily increased, rattled away shiploads of merchandise at often nominal prices. Extravagance and waste did their best, but they could not destroy everything. Enormous losses were sustained during 1850, and especially in 1851, by foreign shippers. The commercial people in San Francisco generally acted as agents on commission for others, and did not often import as merchants on their own account. The losses therefore on merchandise did not so very much affect individual citizens, while to the general public it was a positive gain to have an unlimited supply of goods at low prices.