Next Stop #5: The Freeway Revolt 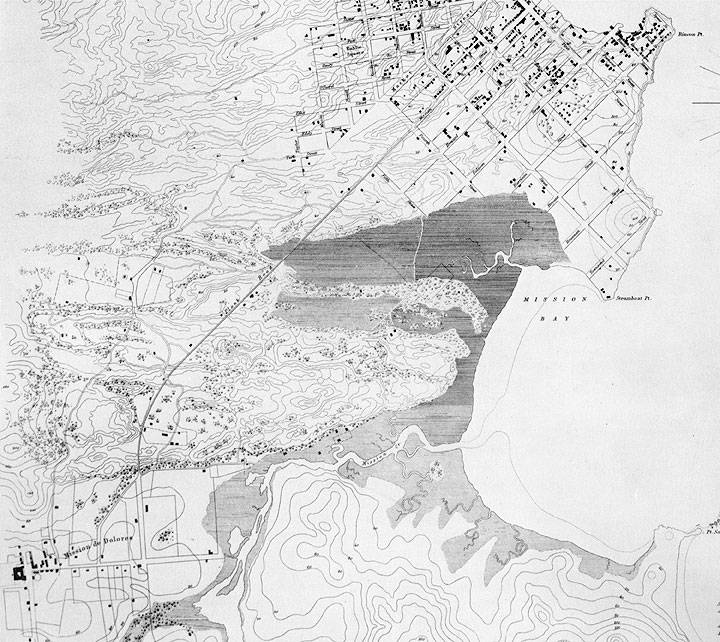 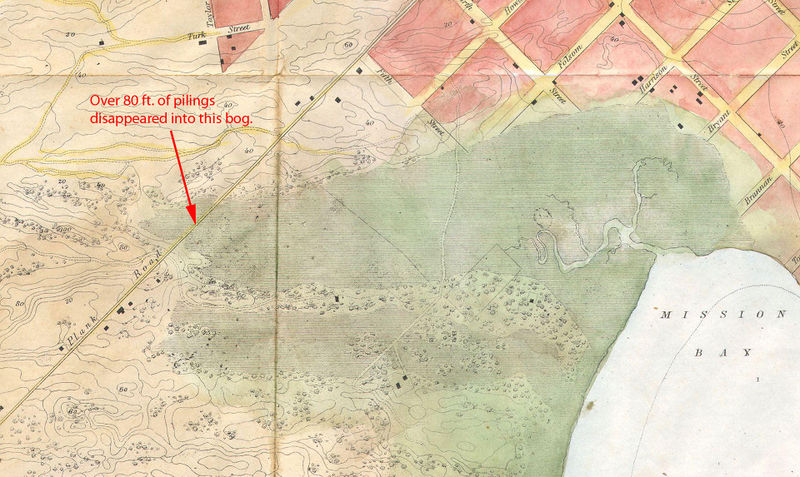 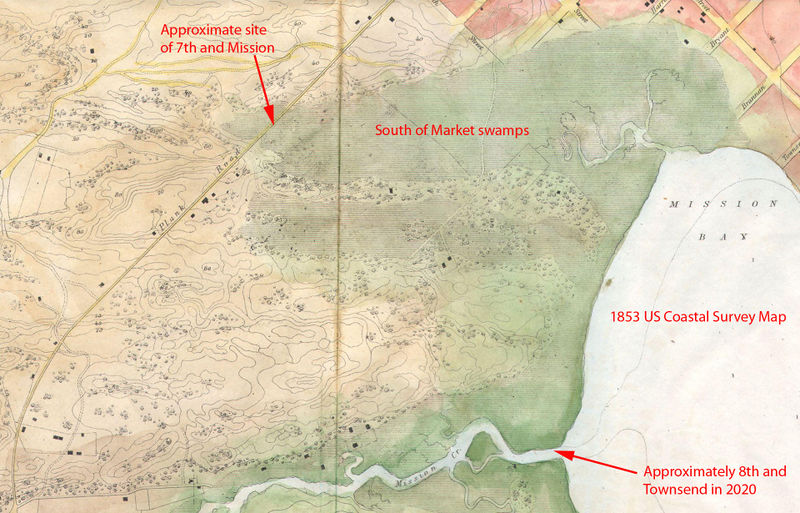 “J.S. Hittell, writing in 1878, goes on to observe that, although these marshy areas were called swamps,

“They seem to have been for part of their area at least, subterranean lakes from forty to eighty feet deep, covered by a crust of peat moss eight or ten feet thick… When the streets were first made, the weight of the sand pressed the peat down, so that the water stood where the surface was dry before… More than once a contractor had put on enough sand to raise the street to the official grade, and gave notice to the city engineer to inspect the work, but in the lapse of a day between notice and inspection the sand had sunk down six or eight feet… heavy sand crowded under the light peat at the sides of the street and lifted it up eight or ten feet above its original level, in muddy ridges full of hideous cracks…it was also pushed sidewise so that houses and fences built upon it were carried away from their original position and tilted up at singular angles…” 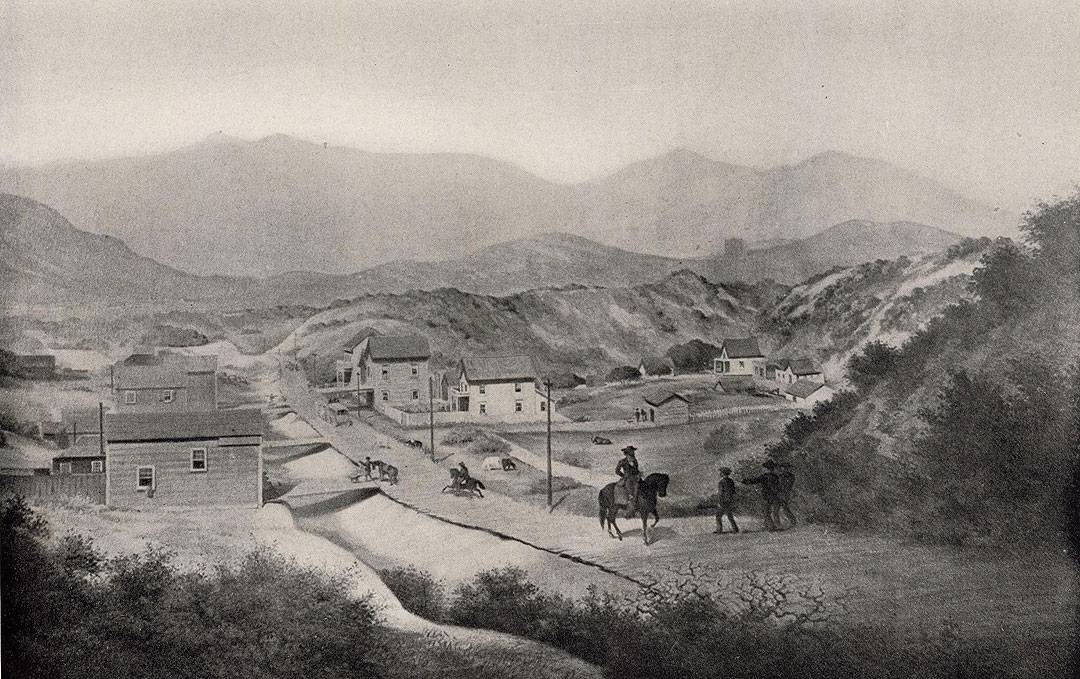 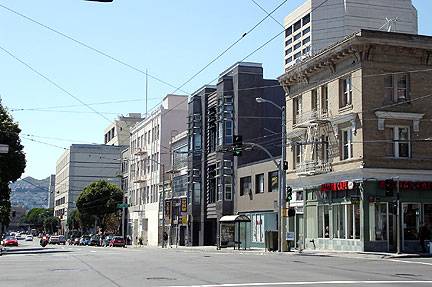 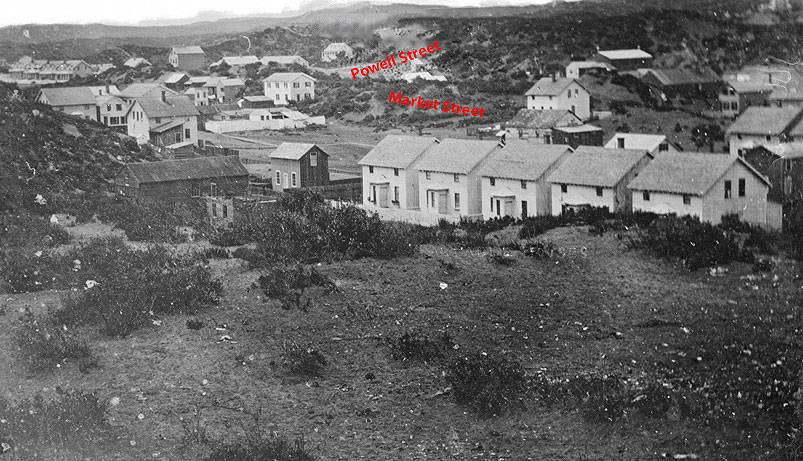 The toll road to the mission probably would have gone out Market Street, but there was an 80-foot sand hill between Second and Third Streets… In the period 1859 to 1873, the steam paddy (or giant steam shovel—it was said to do the work of twenty Irish laborers at a single stroke) took south-of-Market sand to fill Mission Bay. 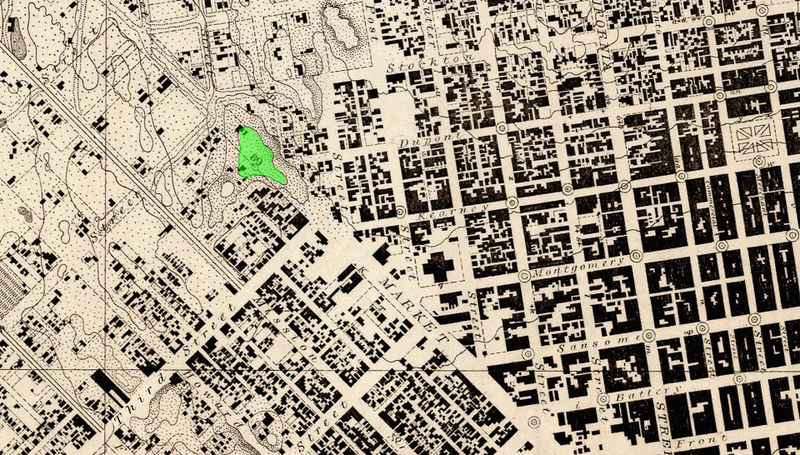