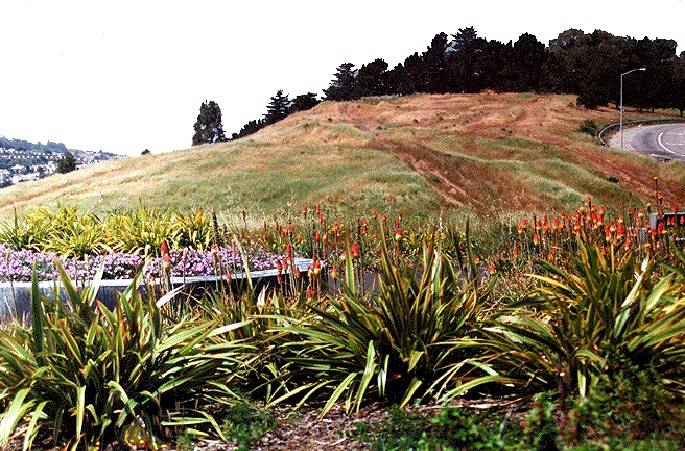 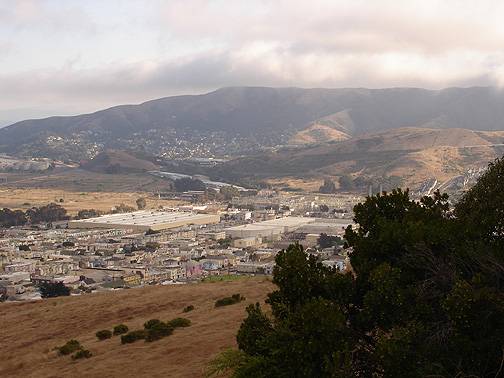 Surrounded by city, this 2007 southerly view from McLaren Park shows Visitacion Valley and San Bruno Mountain looming to the south.

This rambling 318-acre park was acquired by the city in the 1930s to serve the growing population of southeast San Francisco. 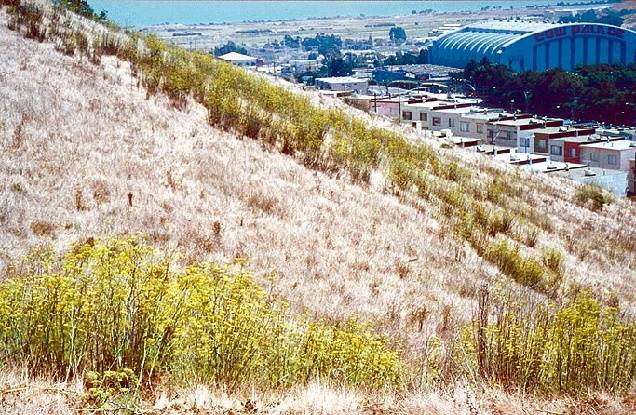 Fennel invades the slopes of McLaren Park, overlooking the Cow Palace below.

It was named after longtime parks superintendent John McLaren who began planting Monterey cypresses and other non-native trees in its extensive grasslands. Park development, golf course construction, and other activities fragmented the grasslands even further, but there are still acres upon acres of wild violets (Viola pedunculata) and dozens of other native plant species.

This forktail damselfly was photographed in Glen Canyon, but still lives along the northern edges of McLaren Park too.

The marsh along its northern edge harbors one of the last populations of the San Francisco forktailed damselfly (Ischnura gemina).

Grey foxes are still seen in the park, but they may be wandering strays from nearby San Bruno Mountain.

Like many other natural areas, McLaren Park has been adopted by citizens who work closely with the Natural Areas Program of the San Francisco Recreation and Park Department to protect and restore its remnant native plants and animals.