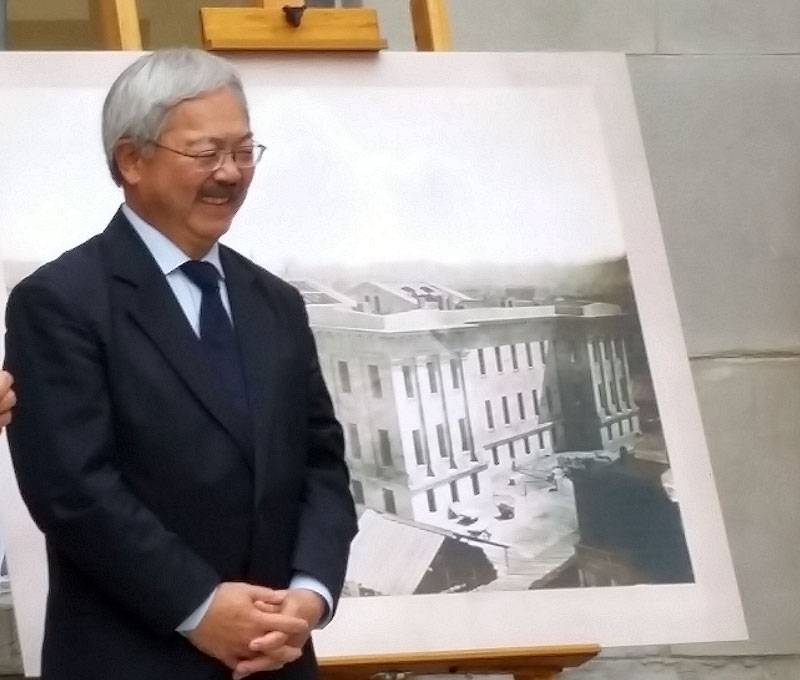 Mayor Ed Lee at the Old Mint to announce a partnership with the California Historical Society, November 2016.

Edwin Lee became mayor after working in the city bureaucracy for a number of years. Hand-picked by outgoing Mayor Gavin Newsom who had been elected Lt. Governor, Lee took the position, and gained enough votes on the Board of Supervisors, by promising that he would only be a caretaker and would not run for election when the time came. That promise was not fulfilled when Ed Lee ran in 2014 and won easily.

During his mayoralty, the City passed the infamous "Twitter Tax" which actually allowed Twitter and a number of other tech firms (e.g. Zendesk) to move in to offices in mid-Market (Twitter took over the old Merchandise Mart at 9th and Market) and have a years-long moratorium on paying payroll taxes. A real estate boom was ongoing, following the cheap-money inflated recovery stimulated by federal policies after the 2008-2009 financial debacle. Lee's policies put San Francisco's building boom into hyperdrive, and new office towers and condominiums sprang up the length of Market Street, as well as all over South of Market. 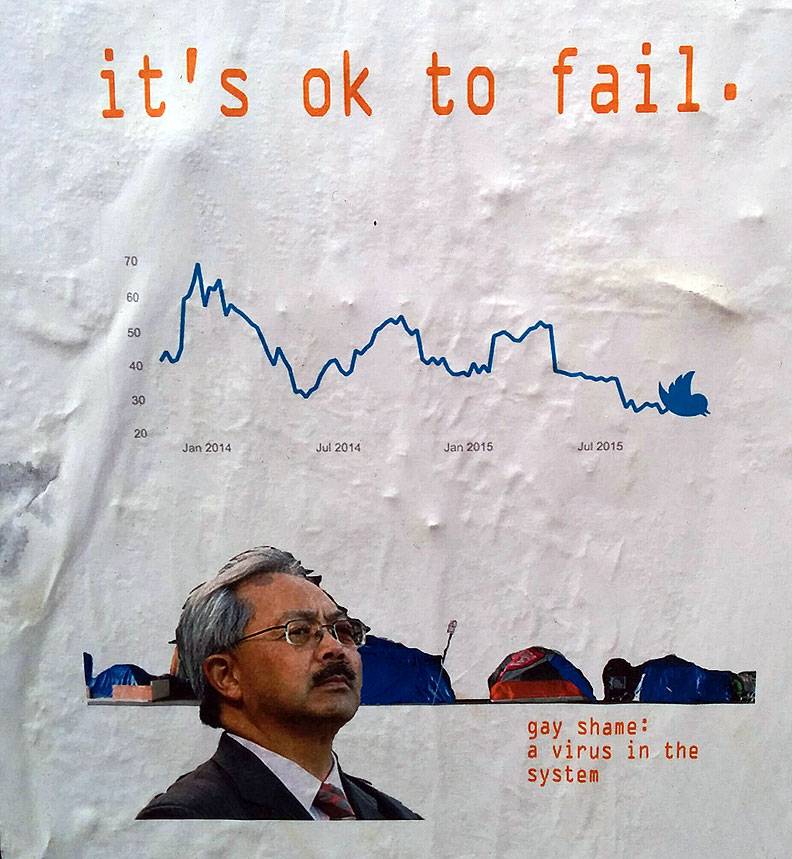 When he was appointed Mayor, a new police chief took over too, as the previous police chief became the new district attorney. Under Mayor Lee and his Police Chief Greg Suhr, racist violence by the San Francisco Police Department exploded and faced protracted community opposition.

The great irony of Mayor Ed Lee's time in office is that he got his start as a tenant attorney fighting in the 1970s for Chinatown tenants against the San Francisco Housing Authority. 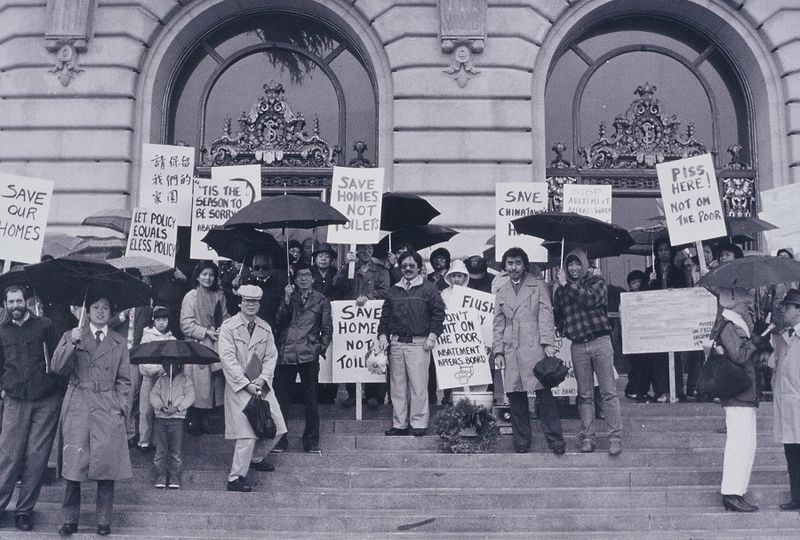 Ed Lee, center of this photo, during housing protest on steps of City Hall in the late 1970s. 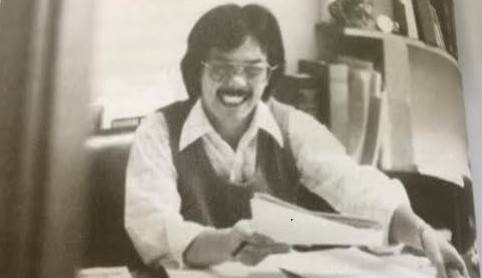 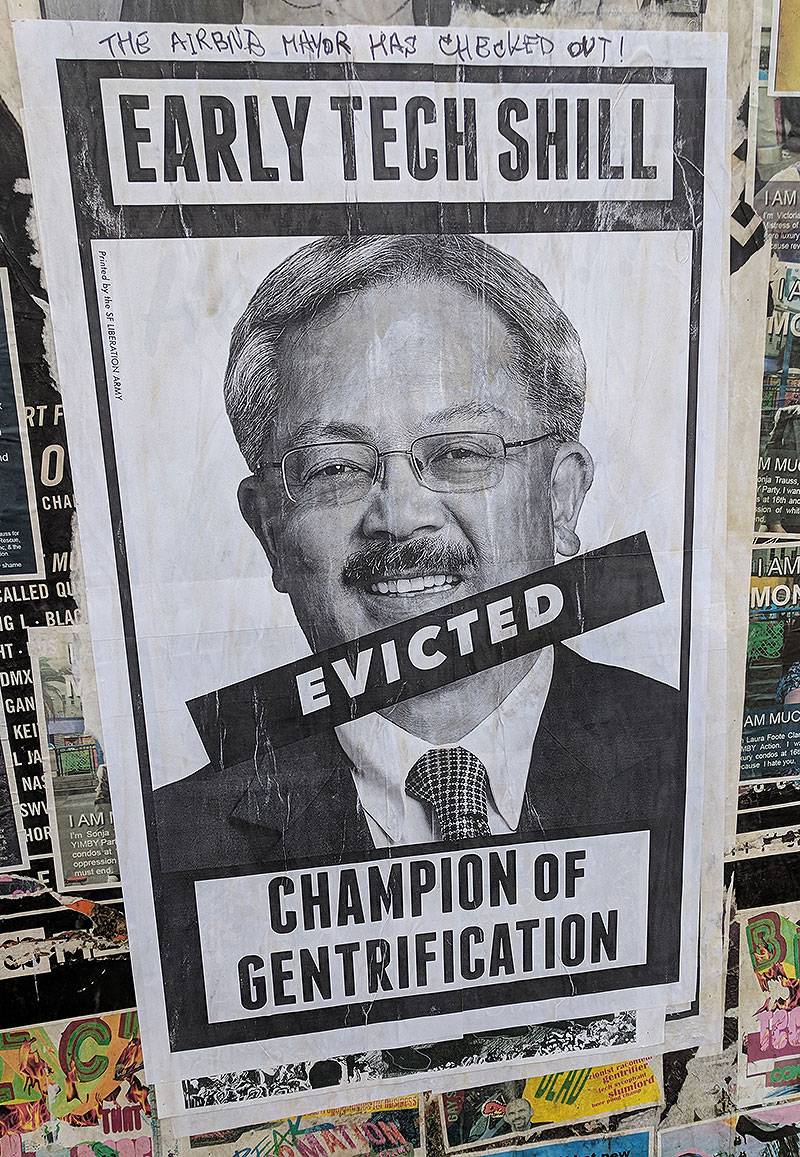 Lee became a target of the many anti-tech protesters during his mayoral terms in the mid-2010s.