Mayor Alioto and the Haight 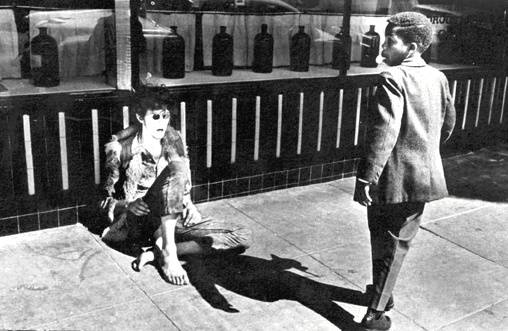 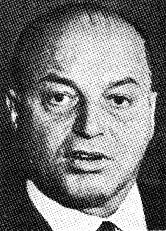 Perhaps the most significant transformation [in Haight-Ashbury politics] occurred with the election of Joe Alioto and his administration. A neighborhood organization was formed in 1960 to carry on the freeway fight, called the HA Neighborhood Council (HANC).

After the successful conclusion of the freeway fight, HANC looked around and decided to become a neighborhood organization. It wanted to figure out a way to help, but it couldn't quite figure out how. One of its earliest attempts was to form a community development corporation that employed youth. Unfortunately the youth at the time had no desire for employment, at all. That of course, did not get too far.

In 1970 Joseph L. Alioto announced to the world that he was establishing a Committee to Restore the Haight-Ashbury. Nobody had any idea as to what exactly was going to be restored, or as to the level of restoration proposed. In fact, not one of the seven individuals originally slated for the Committee to Restore the Haight-Ashbury actually lived there.

The struggle around this campaign should be seen in the context of what was happening during that time in the Western Addition, the Mission District, Chinatown, and South of Market, The restoration project was a very aggressive redevelopment program, a program determined to remove existing populations and replace them with people who hadn't gotten here yet.

Not many folks were plugged into local politics in the Haight-Ashbury. More people knew about the politics of Tibet than they did of the Haight-Ashbury, and while the overwhelming majority could recite the seven-point program of the National Liberation Front in Vietnam, they hadn't the foggiest notion of what happened in room 200 down at City Hall.

In 1968, Joe Alioto introduced himself to the Haight-Ashbury in a big way, with a series of police actions that were aimed at stopping the flow of commerce on Haight Street. One of the anti-urban sentiments that manifested itself among the early hippies was a deep resentment of cars and buses on Haight Street. They were not "transit first" types, they didn't buy into the notion of public transit, they weren't going anywhere, they'd arrived. So they didn't want cars or buses; they wanted to make Haight Street a park. 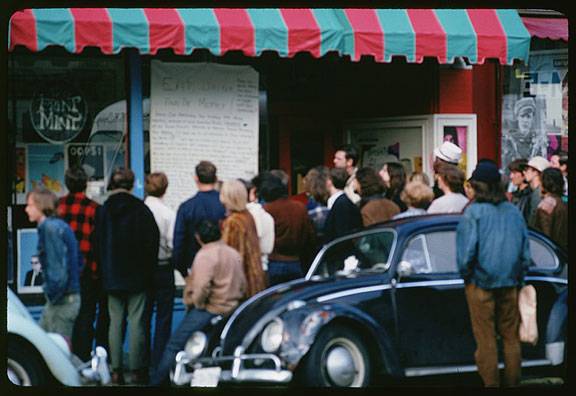 Starting in '68 there would be "mill-ins." It was very difficult to walk down Haight Street on the sidewalk from Baker to Stanyan during this period. The street was packed with people on both the sunny and shady sides. People were walking, wandering, stumbling, thousands of them in a daze, 24 hours a day. One day traffic actually came to a halt: buses stopped, cars didn't move. When the police arrived they had no idea what to do with these thousands of kids milling around in the middle of the street, smoking dope and skipping rope and chanting, "We want a park!" This was Haight Street!

Joe Alioto was a no-nonsense guy, and he wanted to show that he was running this town. So in essence he said, “You can't do that, and if you do do that again, I'm going to call the cops on you.” And he did. For a period of almost a month there was a riot a day. CS gas, later used in Vietnam, was first used on an American civilian population at the Haight Street Riot. And these were riots.

The bottom line is, very early in Alioto's administration, every God-fearing hippie hated Joe Alioto. Joe Alioto represented everything that was wrong and rotten in American society. He was old, he was fat, he was rich, he was American---he was totally bad.

The Haight Ashbury Neighborhood Council, even the Merchants' Association, were extremely skeptical of Joe Alioto. Questions arose around the struggle of the Mayor's Select Committee. This neighborhood resistance was the basis for the committee finally initiating a dialogue with hippies and communards, all of which happened in the front room of 409 House, where the sundry groups met. There were Saturday meetings, Wednesday meetings, Tuesday meetings and Monday meetings, pre-meetings and organizing meetings for the pre-meetings. We processed the sucker to death. But what developed was for the first time since 1967 was a broad community debate, a recognition that we were occupying a central city neighborhood with childcare problems, employment problems, youth problems, drug problems, problems with public services, and housing problems.

The upshot of these meetings was a move to rezone the Haight Ashbury, to bring the density that could be legally developed in the district down to what existed in there. A lot of people were concerned, once they looked into land use and real estate, that the property value in the Haight Ashbury was not for buildings, it was for lots. Thus what occurred in the Haight Ashbury was a speculative wave of purchases of these buildings, because the white ethnic immigrants, many of them good decent Irish Catholics, were horrified by what was going on, and selling out like crazy.

In 1969 you could buy any block in the HA for $100,000, and any house for $25,000-30,000. Tremendous numbers of transactions were taking place. Effectively, the rezoning of the Haight Ashbury was a political manifestation of the long-term residents coming to terms with the young people who came to the Haight Ashbury and decided to live there, recognizing them as legitimate members of the neighborhood, and jointly beginning to address problems of that central city community. And that was the end of the 60s in the Haight Ashbury.