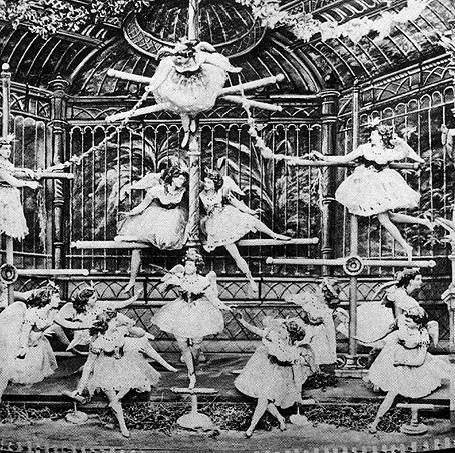 The MARTINETTI TROUPE was one of San Francisco's earliest and most popular dance troupes. Its repertoire included "La Sylphide" but favored such frothy and acrobatic tales as "The Green Monster," "The Magic Trumpet," and "The Red Gnome." They also presented The Black Rook, one of the best versions of the The Black Crook, which played to rave reviews.