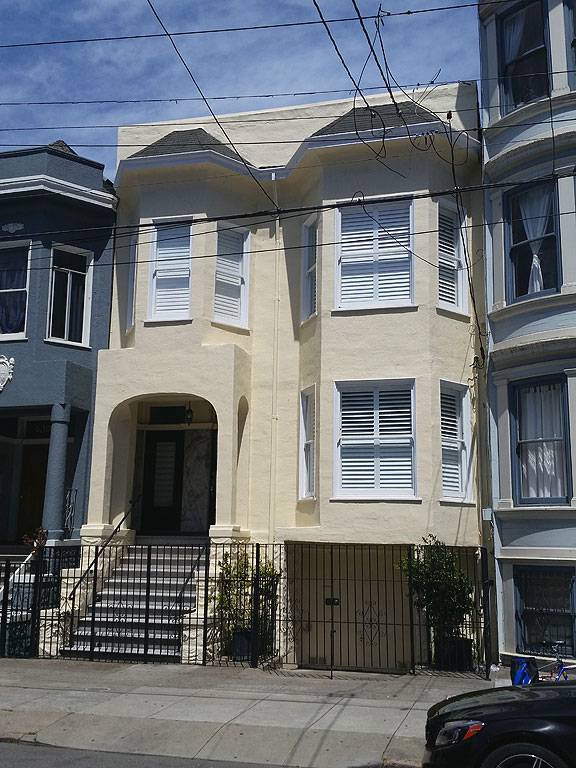 636 Cole Street was Charles Manson's place in the Haight.

636 Cole St. at Haight. This was the Haight Ashbury pad of California's most notorious hippie. In Manson in His Own Words, Charlie describes his San Francisco hippie days: panhandling, hustling pot and LSD for small-time dealers, dropping acid at Grateful Dead shows, bedding fifteen-year-old girls, playing guitar for spare change:

"Before I actually realized what I was doing, I was out there on the floor innovating to the beat of the Grateful Dead. I was wild and I was loose; I attracted attention and applause from the other dancers. The acid, the music and the loss of inhibitions opened up a new world for me. I was experiencing rebirth. Finally, in the middle of one of my dances, I collapsed on the floor... When I awoke the next morning, I was in a room with several other people. My fifteen-year-old friend had taken care of me." (p.82)

A few years later, Charlie's young friends took care of Sharon Tate and Rosemary La Bianca. Manson was sentenced to life in prison. Though he became eligible for parole years ago, for some reason the parole board keeps turning him down. (Sara Jane Moore and Squeaky Fromme, the Manson family girls who took potshots at President Gerald Ford in the mid-70's, didn't enhance his chances.) Charlie spent many years in Soledad Prison; he has since been transferred to Vacaville.