Lyon Street between Oak and Haight 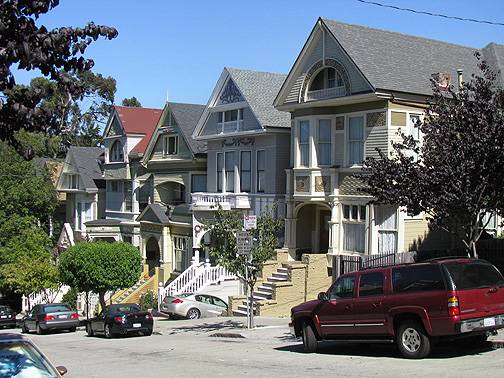 Before turning RIGHT (SOUTH) ON LYON, look north down Lyon towards the Panhandle. The row houses on the right side of the street are also a Rountree development. The Rountree Brothers did not, of course, realize that their efforts would sixty years later provide home and shelter for Janis Joplin (middle building with white curving balcony). 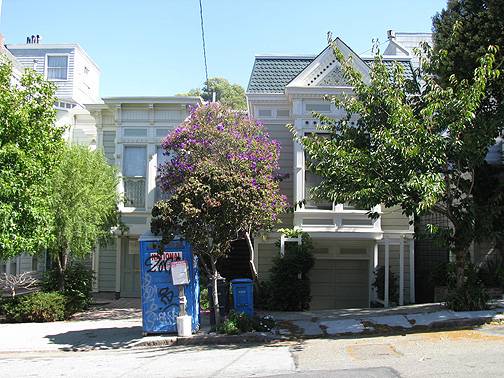 WALK SOUTH ON LYON towards Haight Street. An alternative to tract homes for families with moderate incomes was the "Pelton house." In a series of newspaper articles (later reprinted in a book, Cheap Dwellings) architect John C. Pelton, Jr. published "trustworthy and economic plans for families of moderate means." The homes could be built for as little as $600 and became popular despite the criticisms of shunned architects. Often home builders would take Pelton plans and adopt these plans by additions and subtractions to fit particular needs. The homes at 26 and 32 Lyon are modified Peltons.