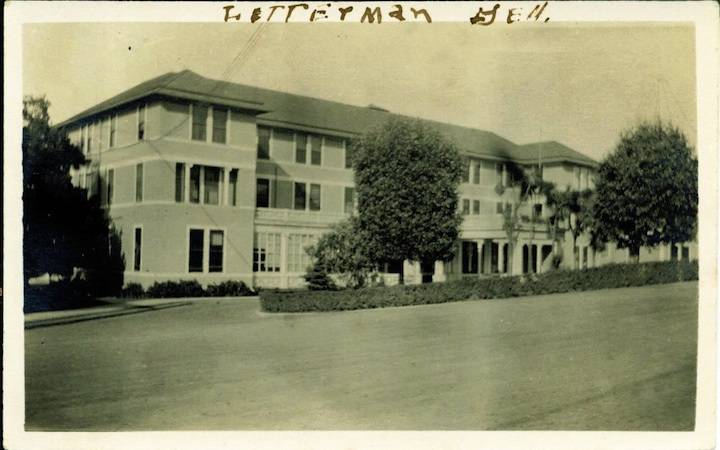 Initially a military hospital built in 1898 in the Presidio of San Francisco, and then in 1911 it was renamed after Jonathan Letterman, who was an officer in both the Mexican-American War, and then later the Civil War. In 1864, Letterman left the army and moved to California to practice medicine. In 1868, he accepted the position to be Surgeon General for California's military organizations. He then died in 1872 at 48 years old. Ever since the medical center was erected, the hospital participated in some way in every U.S. foreign conflict until the base was decommissioned in 1995, and then transferred to the National Park Service. The original building was taken down in the 1960s to rebuild a more modern building. The building was then demolished in 2002, and today the Letterman Digital Arts Center by Lucasfilm is at the site of where the hospital used to stand. 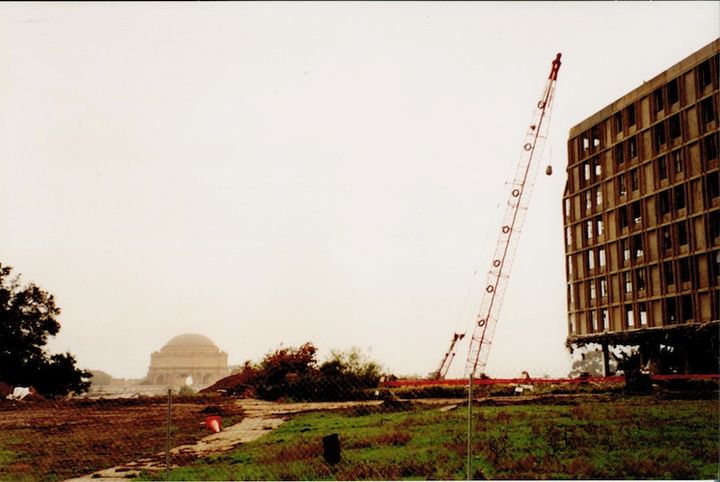 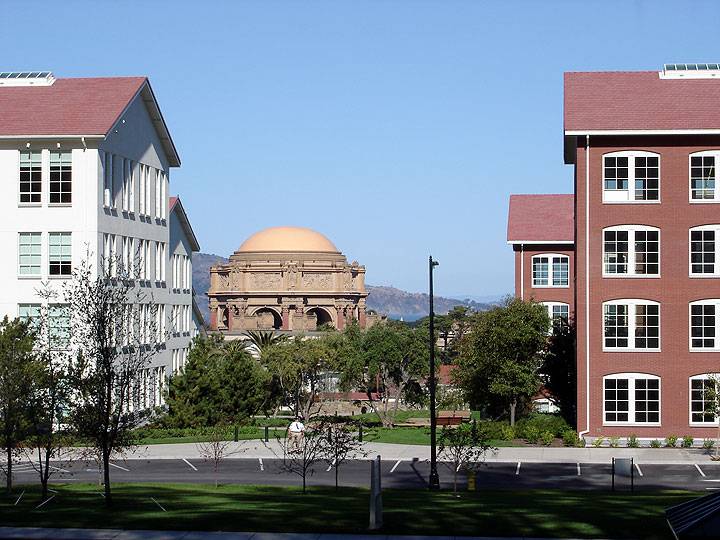 Palace of Fine Arts as seen through the Lucasfilm Digital Arts complex that replaced Letterman Hospital, 2005.