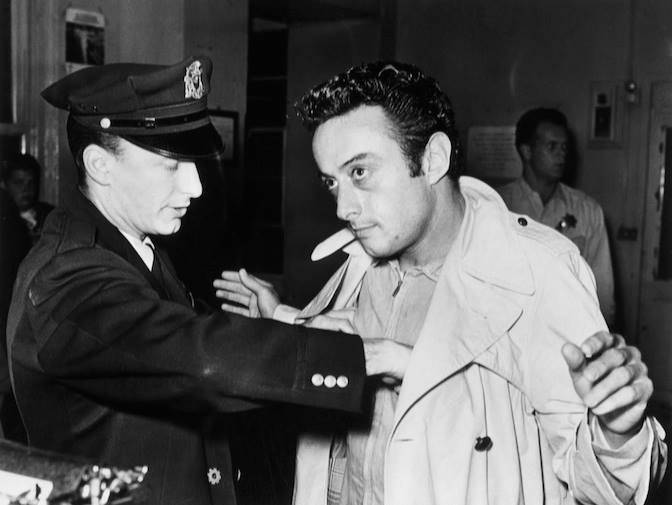 On October 3 and 4, 1961, Lenny Bruce performed a two-night run at the Jazz Workshop in North Beach. After a newspaper report on his first night's show, detailing his ridiculing of the Philadelphia police for arresting him him the previous week on drug charges, San Francisco police attended his show the second night in an effort to find material of a sexual nature that might be held as "obscene" under local laws. As it happened, Bruce spent his second monologue targeting the San Francisco police's efforts to police homosexuality. Bruce told about a 1958 gig he did at Ann's 440 on Broadway, where he thought he had been hired to attract a heterosexual audience and repel the "cocksucker" clientele. His bawdy routine repeated the bad word over and over and also went into the double entrendre of "to come". SF police officers booked Bruce for obscene speech at the end of his show.

After a vigorous defense framing the performance in the long tradition of social satire, a jury acquitted Bruce and helped expand the space for artistic free speech in the early 1960s. 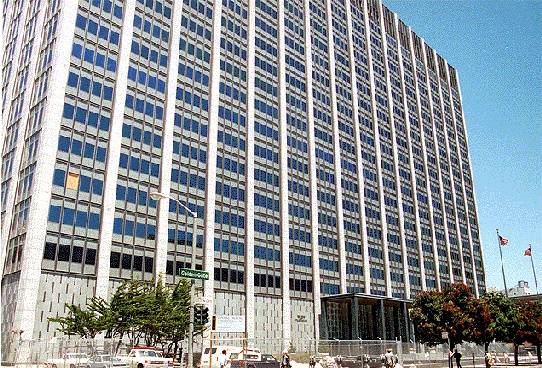 The Federal Building on Golden Gate Avenue in the mid-1990s.
Photo: Chris Carlsson

His FBI files indicate that, shortly before his death in 1966, Lenny went to their San Francisco office and asked them to investigate a conspiracy by various police departments to silence him. A retired New York cop has since admitted that this was an actuality.

--Paul Krassner, Preface to The Best of the Realist, p.7.

Jerry Mander talks about his stint as the advertising guy for the storied San Francisco comedy troupe The Committee, and seeing Lenny Bruce exiting the building across from City Lights Books where he had an office.