Klockars Blacksmith shop was a working blacksmithery up until about 2017. Recently it has housed art galleries upstairs, and reports have it that descendants of the original owner have decided to convert it to a cannabis dispensary, though as of July 2020 in the midst of the Covid-19 pandemic, the place remains closed. 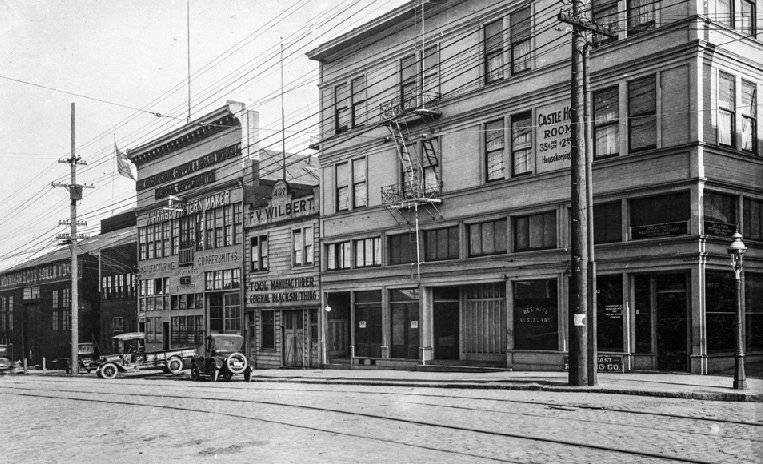 On Folsom near 1st Street, here the Klockars building is cheek-by-jowl with some other foundries, and the owner is F.V. Wilbert in this early 20th century photo. 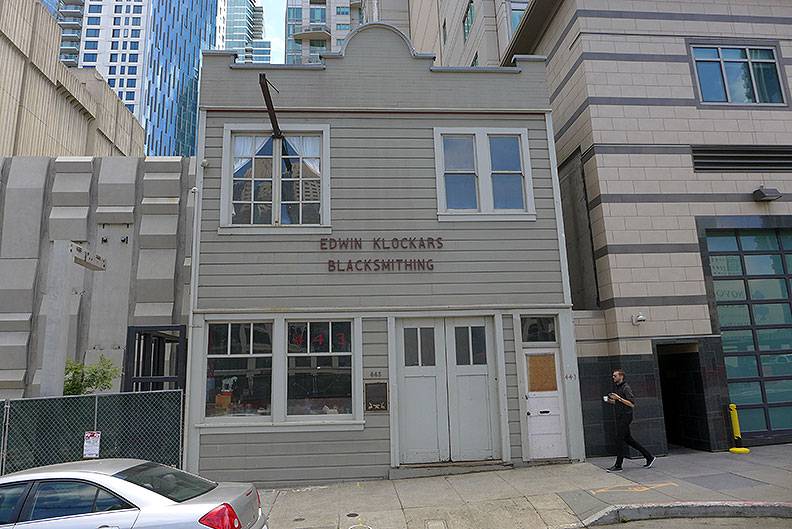 In 2017, this is how the diminutive shop looked, surrounded by new construction. 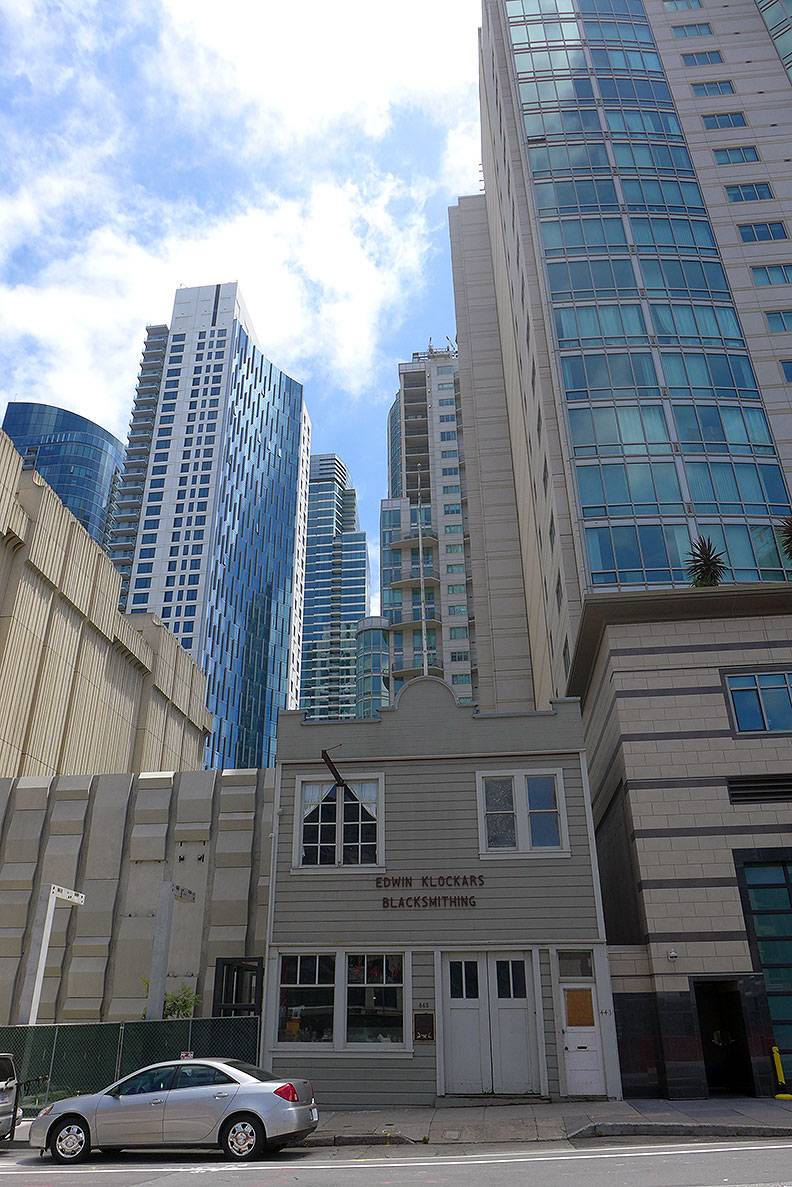 Just to its west, and running up 1st Street practically to the Sailors Union of the Pacific Building at Harrison, is an large apartment building that was primarily financed by AFL-CIO pension funds. 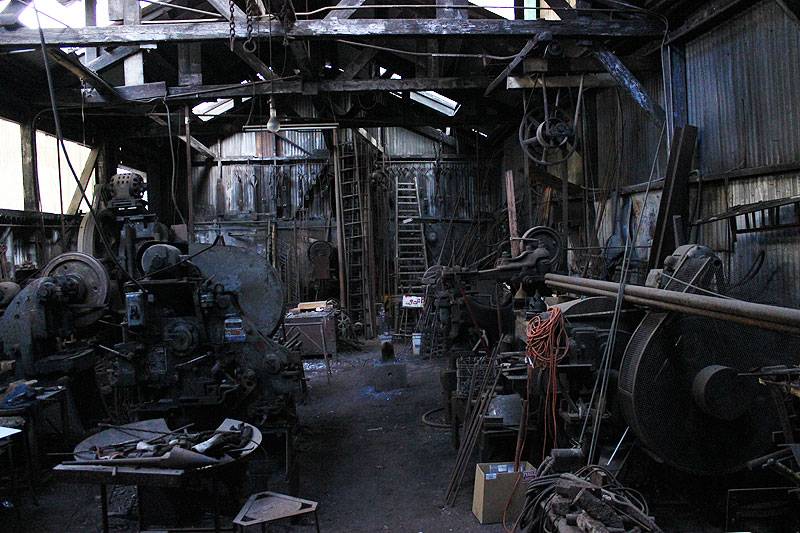 The interior workshop area in 2014. 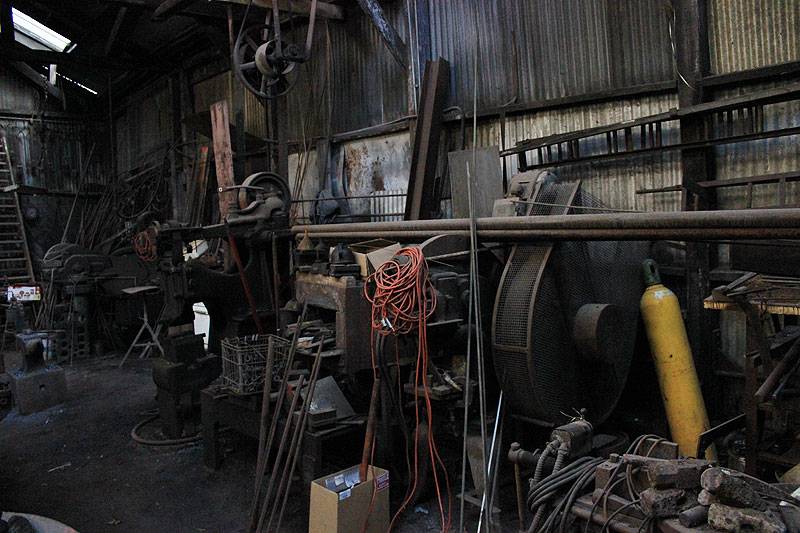 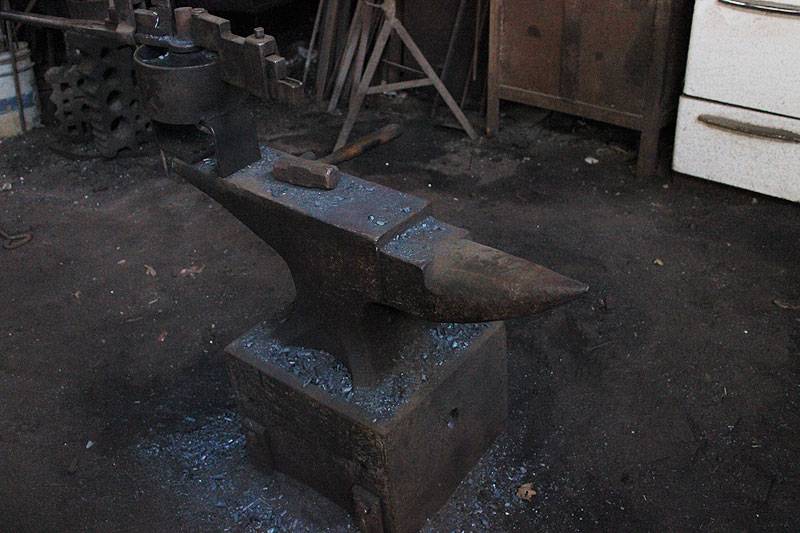 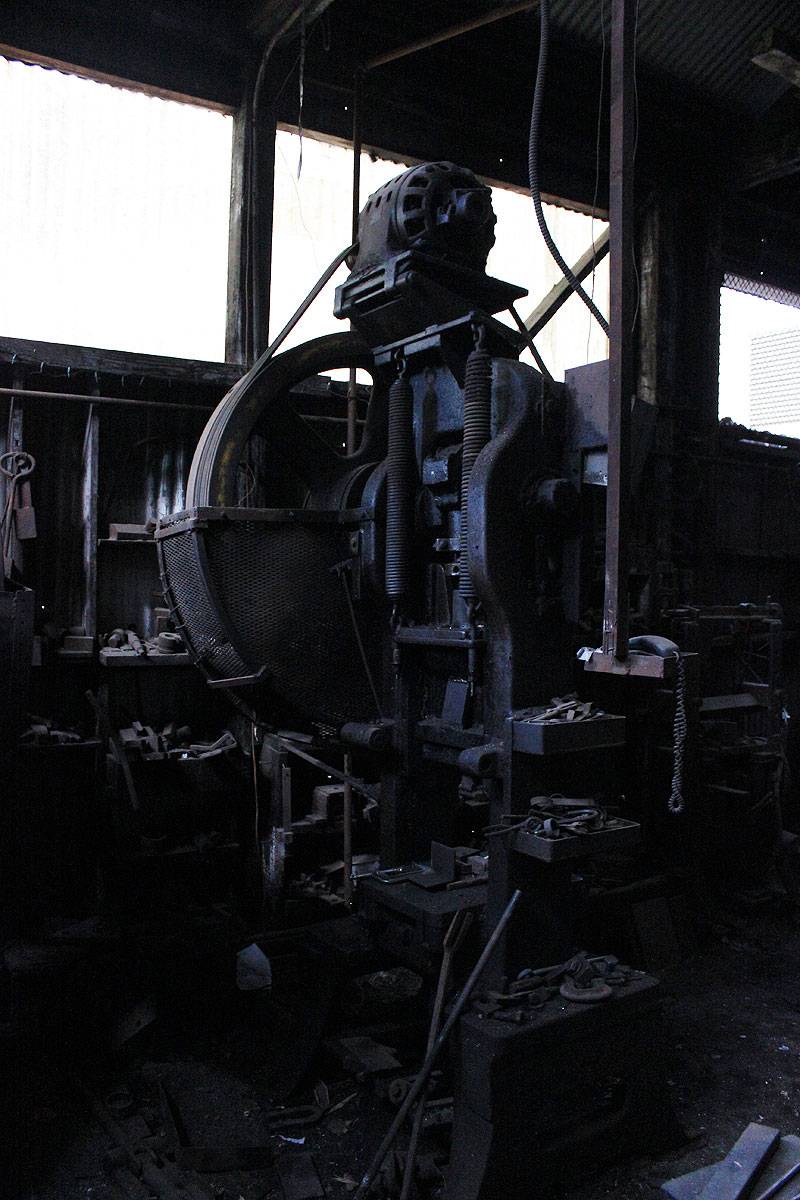 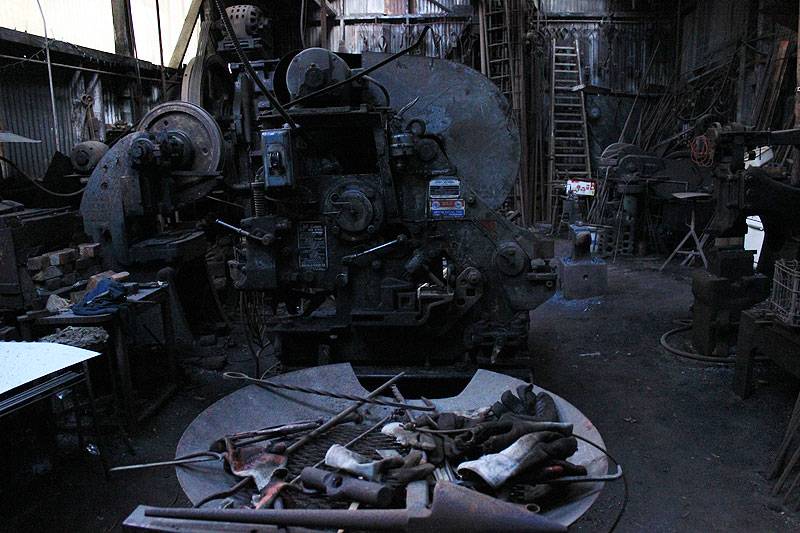 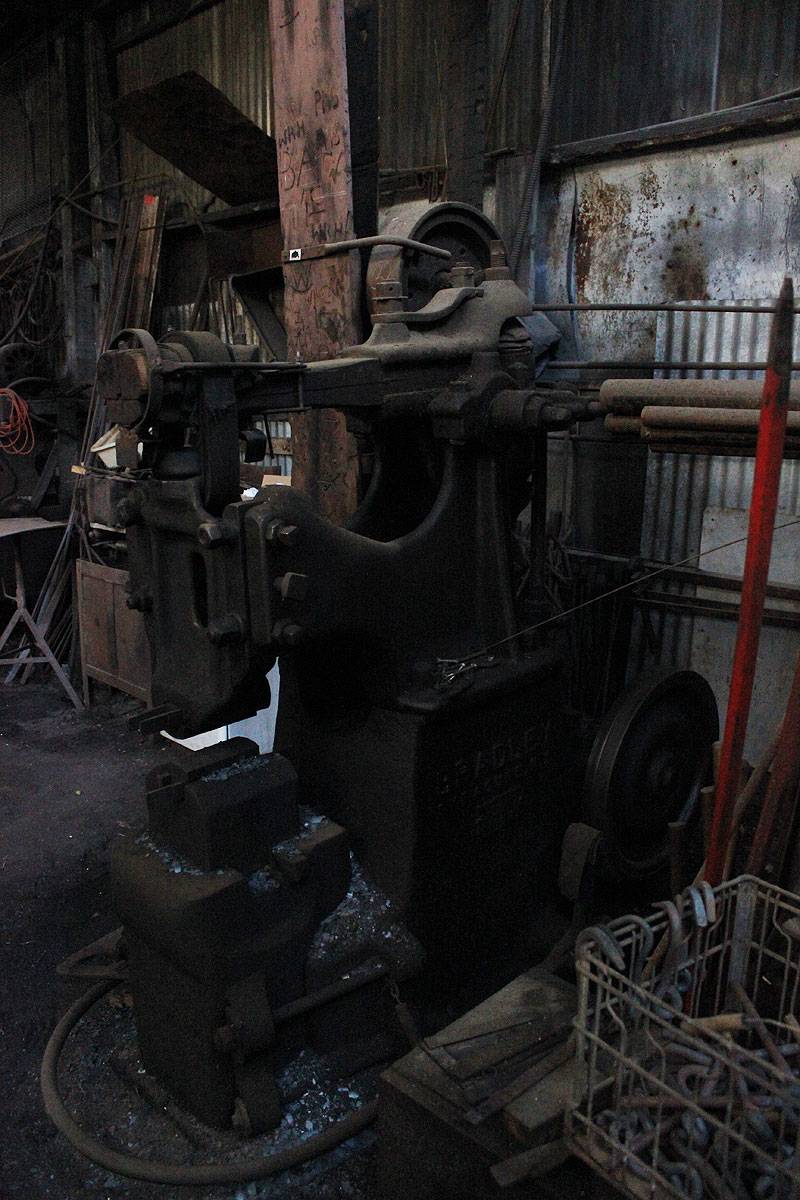