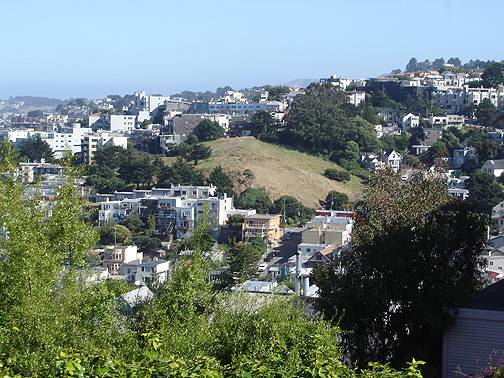 Kite Hill, center of photo above. The eastward views below towards downtown were taken over many years from here.

Elizabeth Creely ruminates on Kite Hill as one of her favorite places in San Francisco. Originally recorded for the 2004 Audiozine "Long Ago and Right Now."

From Kite Hill in upper Eureka Valley, looking eastward, Corona Heights to left, Market St. and downtown in distance at right. Take a look at similar views in 1890 and c. 1958. 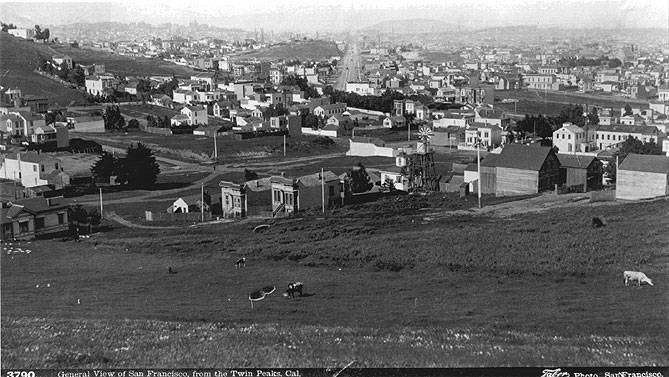 I'm not sure when Solari Hill became "Kite Hill" but as a kid, myself and everyone who lived in the neighborhood, called it Solari, as in, I'm going to play army with some friends on Solari. I rode my bike down it and crashed because my new hand brakes wouldn't grip due to the wet grass, I kissed a girl on Solari, played Heats on Solari, and, yes, I flew kites there. In high school I drank my first beer up there, got high up there, rolled down it when I was tripping. I've probably walked up and down Solari 1000 times in my lifetime and I'm only 57. It just upsets me that the newbies to the neighborhood and people who didn't even grow up here changed the name without stopping to think of its history. From my understanding, Solari was a farmer who let his cattle graze there a couple hundred years ago. The name has history attached to it. What history does "Kite Hill" have? Next they'll change the name of Rocky Mountain or the Seward slide. It's just sad... 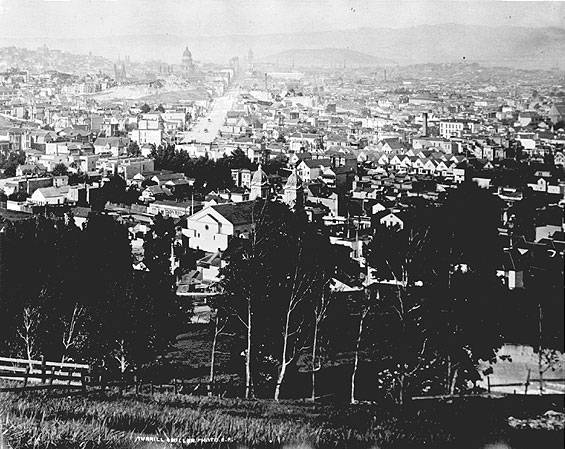 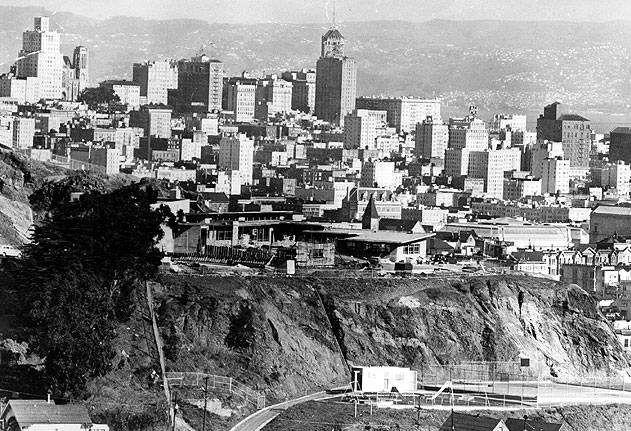 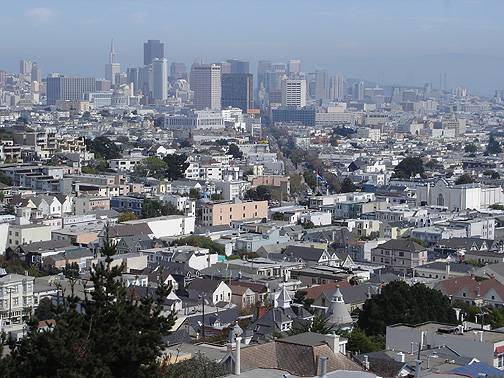 Today (2008) Kite Hill is easily reached through the garden at the end of Stanton Street, which looks like this: 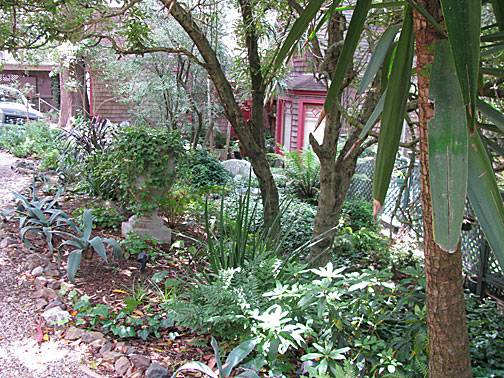