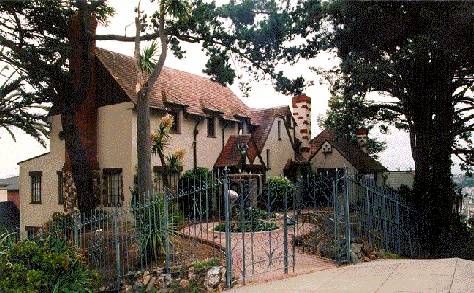 Sunny Jim Rolph's 1930 Pleasure Den on the corner of 21st and Sanchez Streets on Liberty Hill.

One of San Francisco's best-known mayors, later Governor of California, "Sunny Jim" Rolph owned this lot late in the Prohibition Era in 1930. Rumors in later years have characterized this as an "entertainment hideout," a place where wealthy and connected men were able to consort with prostitutes and drink freely during the Prohibition. These rumors are hard to verify. This house wasn't actually built until 1931, and was under the control of the Burlingame Corporation (a Rolph-related company) until 1933 when it was sold to Francisco and Beatrice DiGrazia. One source suggests that DiGrazia was “a prominent eye surgeon, who... managed to do some work on a relative of Benito Mussolini. So pleased was the Italian dictator that he sent over a lavish fountain as a gift.” For the approximately two years (December 1930 to April 1933), when the property actually had a house on it and was under Rolph family ownership, James Rolph III is known to have resided there with his wife. In 1931, City Directories list James Rolph III at 2222 Leavenworth, but by the following year they had moved into the new house at 3690 21st Street and are listed there again in 1933. Though there is at least a 2-year period when this house was built and the property was under the control of Rolph-related companies, there is little reason to believe that it served as a place for parties and debauchery as has been rumored. The so-called "Pleasure Den" is a nice house in a great location overlooking the City, but has been grist for salacious rumors, almost certainly based on apocryphal versions of history. 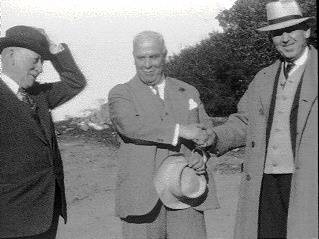 Sunny Jim Rolph (center) at his 1931 inauguration as Governor of California.