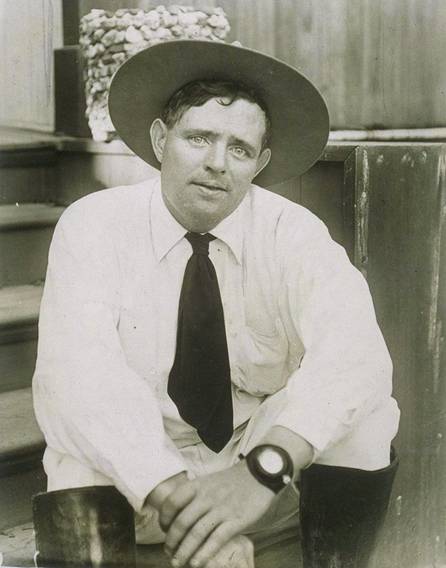 This plaque on the Wells Fargo building at 3rd Street and Brannan in San Francisco is one of the few reminders in San Francisco of one of America's great writers. London, a life-long socialist, would find it ironic that his birthplace is now a bank, but then his own life was full of contradictions.

Shortly after Jack was born, his family moved to Bernal Heights, then to a two-story house at 920 Natoma Street, then to a flat on Folsom Street. With his family extremely poor and his father sickly and unable to make much money, the search for cheaper accommodations was constant. The family soon moved across the Bay to Oakland, where the young London grew up. Two things shaped London's youth—the constant struggle to help support his family and the world of books. He was a newsboy, street kid picking up pennies sweeping out saloons on Broadway between Sixth and Seventh in Oakland, working on an ice wagon, setting up pins in a bowling alley.

But he also discovered the Oakland Public Library and became a voracious reader. He found a friend here, Ina Coolbrith—later to become California's first Poet Laureate—who guided his reading. He read in the morning, in the afternoon, in the evening. 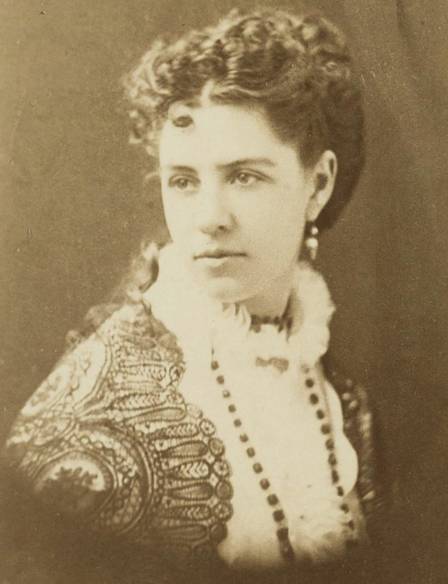 But his family's fortunes turned even worse and he was forced to get a job in a cannery. He worked twelve to eighteen hour days for ten cents an hour and had little time to read. He began to brood over a system that would let six and seven year old children work such long hours and their families live in shacks while the factory owners lived in splendor and their children went to finishing school. He decided anything was better than this life and became an "oyster pirate," stealing oysters from tidewaters owned by the Southern Pacific Railway. When he was seventeen he shipped out on the Sophia Sutherland for Japan, beginning a life-long love of the sea. Returning later in the year, he entered a writing contest sponsored by the San Francisco Morning Call and won the contest with his "Story of a Typhoon Off the Coast of Japan."

But he still had to make a living. He talked the superintendent at a power plant into giving him a job as a coal heaver. The superintendent projected a great future by starting at the bottom and working hard. London soon learned that he had displaced the work of two men and was getting paid less than half of what they made together. Experiences like this hardened London's class perspective. He would later write, "I think it is apparent that my rampant individualism was pretty effectively hammered out of me, and something else as effectively hammered in. But, just as I had been an individualist without knowing it, I was now a Socialist without knowing it, withal, an unscientific one. I had been reborn, but not renamed, and I was running around to find out what manner of thing I was."

London was able to go back to school, and at Oakland High School began writing articles for the student literary magazine, The Aegis. In one article, he charged "The powers that be" with creating a program of "long hours, sweating systems and steadily decreasing wages" leading "to naught but social and moral degradation." Chosen as one of the debaters at the graduating exercises, he launched into a blistering oration calling for the destruction of the existing social order and declaring that he was personally prepared to use any means to bring this about. The Board of Education called for disciplinary action, but London was moving on to other worlds.

He joined the Socialist Labor Party and was soon giving speeches in Oakland's City Hall Park. The January 16, 1896 San Francisco Chronicle reported: "Jack London, who is known as the boy socialist in Oakland, is holding forth nightly to the crowds that throng City Hall park. There are other speakers in plenty, but London always draws the biggest crowd and the most respectful attention."

London prepared himself extensively to enter the University of California at Berkeley, doing in four months the preparation and reading that took most students two years to complete. He hoped to find a world of intellectual challenge and bright ideas and vitality. Instead he found complacent professors and little concern about the outside world. He determined that he would be better off continuing to educate himself.

Gold was discovered in the Klondike in Alaska and in 1897 Jack joined thousands of others seeking their fortune. He found no gold but listened to stories of scores of miners and took careful notes on these and on his own observations. From this lode, he was later to find his fortune.

When he returned he began writing prolifically. He sent out countless manuscripts; countless manuscripts soon came back with rejection slips. Finally, one of his stories was accepted, for the princely sum of five dollars. In 1899, he sold a few more articles, but collected 266 rejection slips. He joined local literary circles, and was one of the charter members of the Risking Club of Oakland along with George Sterling who was to become one of his closest friends.

His first book, The Son of the Wolf was well received and began to make his reputation. He continued his socialist agitation, to less applause from the local press. In 1901, London ran for mayor of Oakland as a member of the newly-organized Socialist Party, running on the Social Democrat ticket. The January 26, 1901 Evening Post of San Francisco noted, "I don't know what a Social Democrat is, but if it is anything like some of Jack London's stories, it must be something awful.

But it was in 1903 with the publication of his novel, The Call of the Wild, based on his Yukon experiences, that London's reputation as a writer was made. The book became an instant classic and he was in demand as a writer for most of the rest of his life. The Sea Wolf (1904) also was published to great acclaim. However, fellow Californian Ambrose Bierce noted caustically in a letter to George Sterling: "It is a most disagreeable book, as a whole. London has a pretty bad style and no sense of proportion." 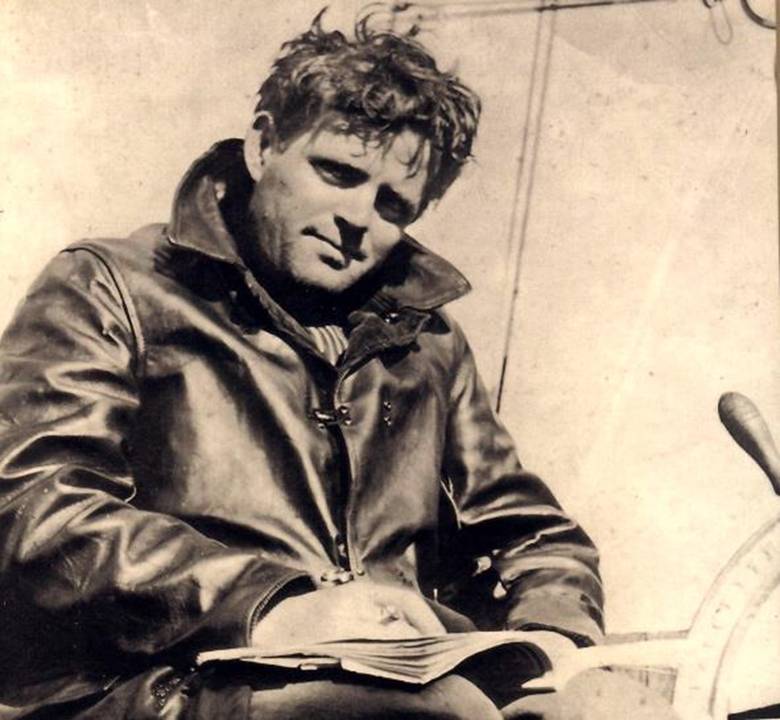 In 1905, London moved to a ranch in Glen Ellen in Sonoma County north of San Francisco, "living a self-indulgent life attended by an obsequious Korean valet," according to one commentator. Mark Twain, for one, had a jaundiced view of the contrast between London's continued support for socialism—he always signed his letters "Yours for the Revolution"—and his increasingly comfortable life-style in Glen Ellen. "It would serve this man London right to have the working class get control of things," said Twain. "He would have to call out the militia to collect his royalties." London would counter such criticisms by arguing that he made all his money by his own labor. 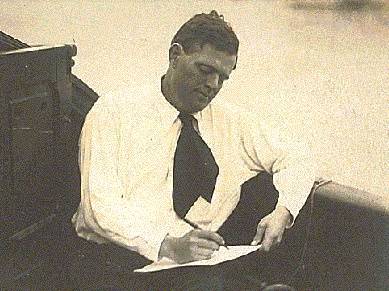 Also, all the while he was a socialist, London accepted and even proselytised the widely held view of the time of the superiority of "the Anglo-Saxon race" and the inferiority of other races. Much of the Socialist Party of the time had similar views, but he was still criticized by the more progressive people in the party.

His speeches continued to arouse the ire of the press. The San Francisco Newsletter of March 25, 1905 reported: "He [London] is a firebrand and red-flag anarchist, by his own confession, [in speeches] made in Oakland and Stockton, and he should be arrested and prosecuted for Treason." In the Saturday Evening Post of May 22, 1909 he published an article "South of the Slot," about a University of California professor who assumes a working class identity to investigate social conditions South of the Slot--south of Market Street in San Francisco (the area where London was born). The climax of the story occurs when the two personalities come into conflict. The professor, seeing a pitched battle between strikers and police South of the Slot, throws himself into the fight on the side of the workers. In 1908, his novel The Iron Heel presaged the rise of fascism later in the century.

In 1913 London was diagnosed with a fatal kidney condition and knew he only had a few years to live. But he continued to live a high life style, drinking and eating rich foods. On November 21, 1916 he took most of a bottle of morphine to ease his pain. Whether he intended to kill himself with the morphine is still subject to debate, however, he was dead the next day. He was 40 years old. Earlier he had written, "I would rather be a superb meteor, every atom of me in magnificent glow, than a sleepy and permanent planet. The proper function of man is to live, not to exist. I shall not waste my days in trying to prolong them. I shall use my time."

Mexal, Stephen. Reading for Liberalism: The Overland Monthly and the Writing of the Modern American West University of Nebraska Press: 2013.