from Portwalk No. 15, an historical walking tour of Fisherman's Wharf

Because Italy was at war with the United States during World War II, all non-citizen Italians were banned from working and living near the coast and were not permitted within 14 blocks of Fisherman's Wharf. Although this ban was not as drastic as the internment of Japanese Americans, it caused great upheaval and protest in the Fisherman's Wharf community, which was made up largely of Italian families, and the ban was lifted in less than a year.

Regina and Josephine Alioto describe the fraught relationship of Italians without U.S. citizenship (and therefore "enemy aliens" during WWII) to fishing off the Golden Gate. Frank Alioto, father to Regina and husband to Josephine, is at the heart of their story about the coast guard and the regulation of access to fishing during that time. 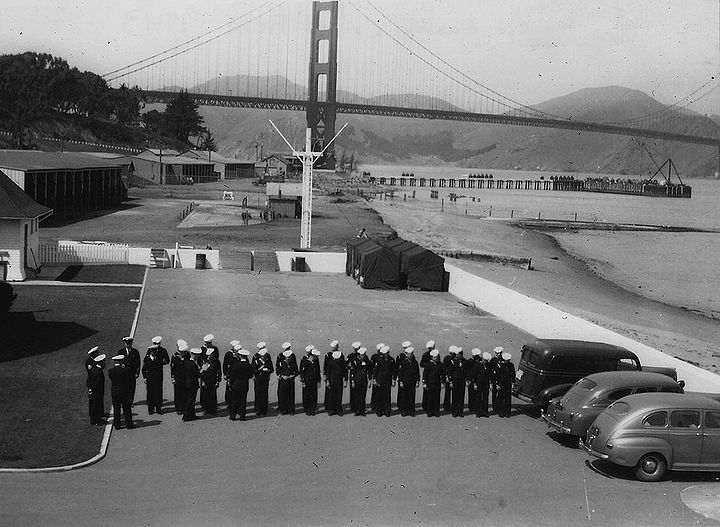 The U.S. Coast Guard mustering for duty in 1943 at Crissy Field, Frank Alioto among them. 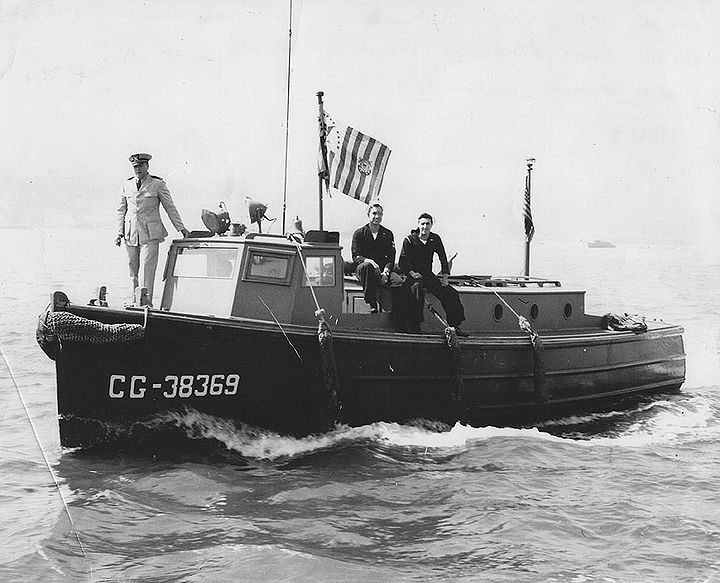 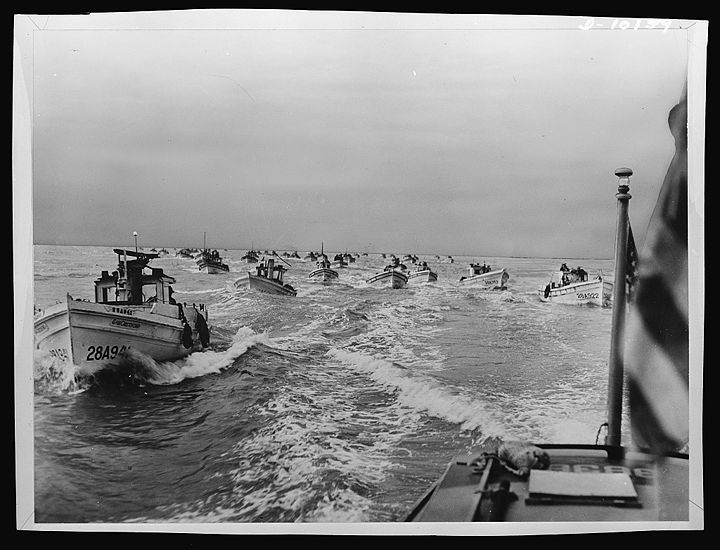 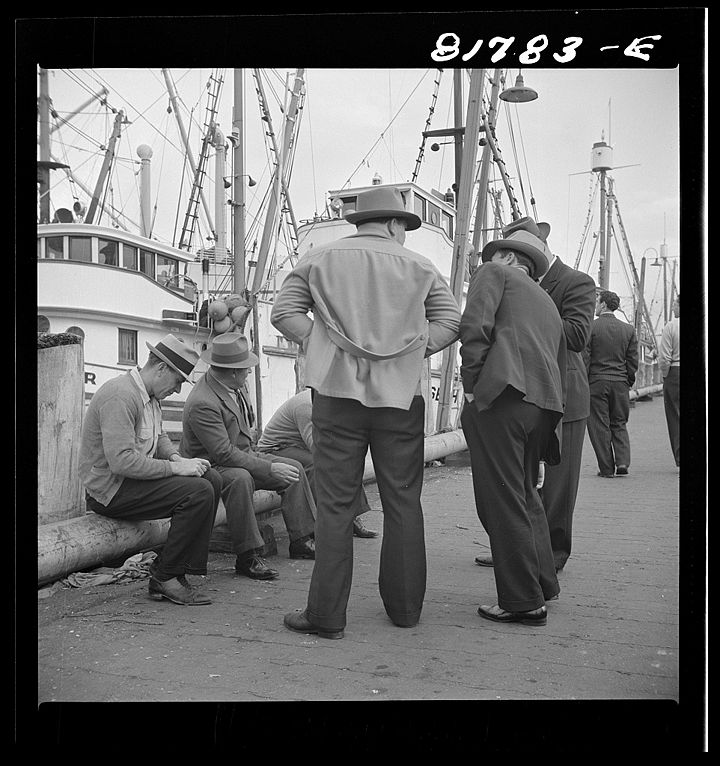 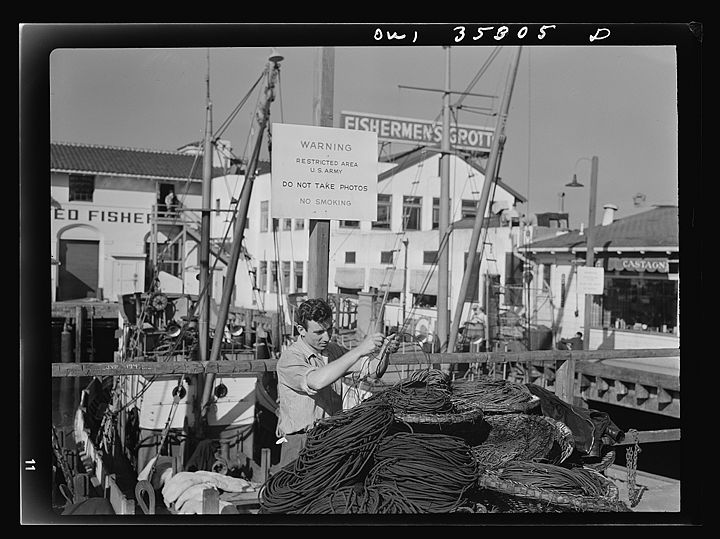 Although they had lived here for decades, many of San Francisco's Italian fishermen were not citizens. Labeled "enemy aliens," approximately 1,400 Italians were forbidden to fish. The U.S. Navy confiscated 650 Italian-owned fishing vessels until the end of the war.

"I was not the only son who came home from the war to find that their parents, or other members of their family, had suddenly become enemy aliens. I remember my father was forbidden from fishing or even visiting his friends at the wharf because it was in a prohibited zone. I do not know the extent, but I am sure my father was changed after his experience as an enemy alien. The number of people affected by these events will never be known and the effect on the Italian American community can never be measured." (excerpted from testimony, US Senate Judiciary Committee, Oct. 25, 1999). 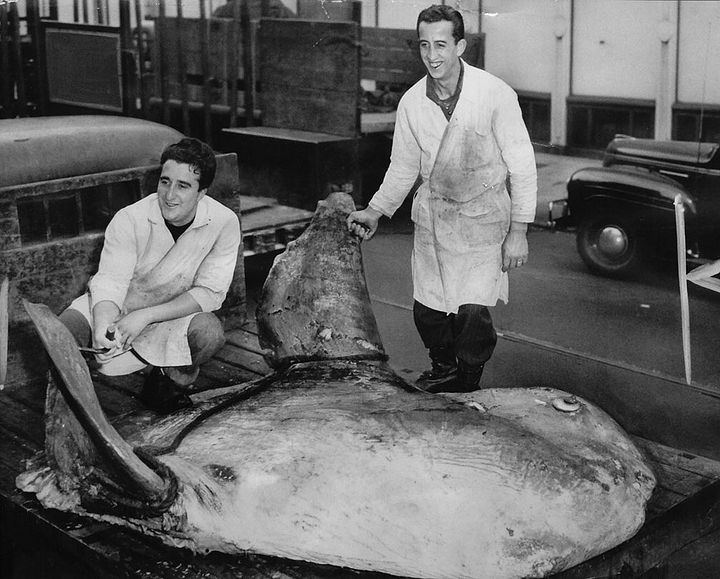 Before WWII during the late 1930s, Frank Alioto (squatting at left) and a coworker were photographed with this huge sunfish. 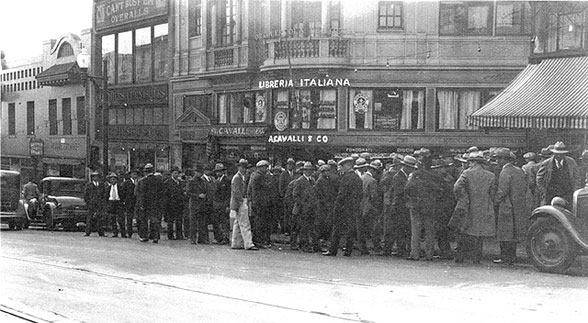