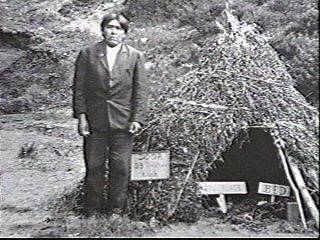 Ishi posing with a shelter. 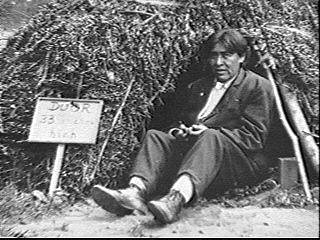 Ishi talking to an audience.

Ishi: Last of the Yahi

In 1911 a man wandered out of the central California wilderness and was discovered by a slaughterhouse near Oroville, southeast of Chico. Unable to communicate they thought him mad. He was put in jail. He languished there.

Ishi was not crazy. The local police telegraphed the University of California, and the Bureau of Indian Affairs remanded Ishi to the University's care, under Alfred Kroeber and Thomas T. Waterman. With the help of the few remaining elders from neighboring tribes, they learned his nation: Yahi, and he was referred to as "Ishi", which means man in his language.

The Yahi were living a furtive existence near Mount Lassen. Ishi's village had endured a vigilante war for nearly 30 years. The settlers didn't even know there were any Yahi left. He had lived alone for several months, as the last of his tribe, before walking out of his own land.

In leaving the territory of his people Ishi committed an unthinkable act in his own society. However, his mind was anything but dull. Ishi was asked what he thought when shown an increasingly popular modern wonder; the airplane. He simply asked, "Is there a white man up there?"

Ishi lived the last several years of his life at the San Francisco Anthropology Museum. He made the most amazing bead-work quivers, and his bows showed the greatest craftsmanship. He did this in front of an enthralled public, 3 days a week, as a display there. The last Yahi, a living diorama. 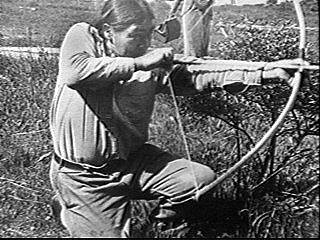 Ishi with a bow 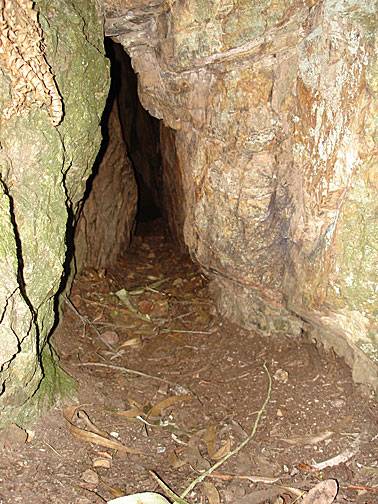 Ishi, while living at the Parnassus Heights campus of UCSF, spent time at his cave, hidden near in the forest near the top of Mt. Sutro.