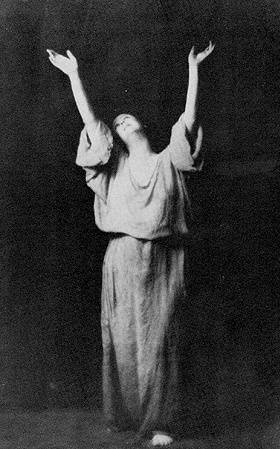 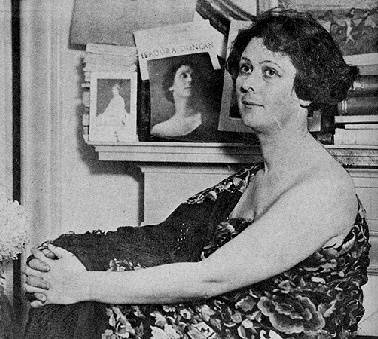 She voiced strong support of the liberation of women, children, and the working class, all of which she saw in reference to the spirit of humankind. At twelve years old, she resolved to "live to fight against marriage and for the emancipation of women," she recalled in My Life. "So long as children are allowed to suffer, there is no love in the world."

Isadora Duncan's most revolutionary quality was her public honesty as one can see here in these statements to the press concerning her marriage to a Russian poet named Esenin whom she described as " a genius ... mad as a hatter, strong, full of vitality." She brought him to the United States and eventually helped him return to Russia. "I never believed in marriage. I married Serge to enable him to get a passport to America ... marriage between artists is impossible. Serge loves the ground I walk on. When he goes mad he could kill me-he loves me so much more, then. For four months I worked with Serge. He is the loveliest boy in the world, but a victim of fate. Like all geniuses, he's cracked. I've given up hope of ever curing him of his occasional madness."