Irish Hill then and now

Note: This is an excerpt from a slightly revised version of a document prepared in support of the application by the Dogpatch neighbors to receive historical district status. 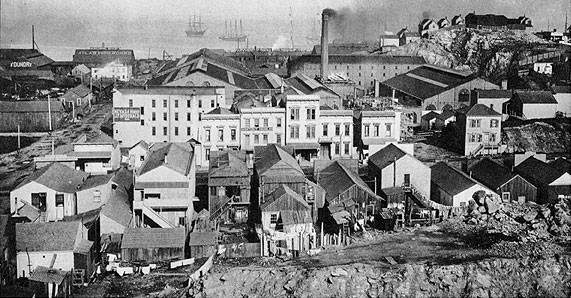 Same 1890 image in a fuller panorama

Irish Hill is not located within the Dogpatch survey boundaries but it is worth discussing as the first residential enclave to develop adjacent to the budding industrial district of Potrero Point. Irish Hill was located in an area bounded by Illinois Street to the west, Pacific Rolling Mills/Union Iron Works to the north, San Francisco Bay to the east and San Francisco Gas & Electric Company to the south. It consisted of two separate areas: a district of approximately sixty shacks and cottages huddled on the crest of an outcropping of serpentine south of the shipyard and a compact district of approximately forty lodging houses on the flats surrounding the intersection of Illinois and 20th Streets. Irish Hill was a solidly working-class district inhabited mostly by single Irish male immigrants. In 1946 Billy Carr, a sheriff’s deputy in South San Francisco who had been raised in Irish Hill, described the scene:

In the early [eighteeen]-eighties it was mostly all hotels on Irish Hill. The Green House, run by Mike Farrell. The White House, run by Hans Rasmussen. Cash’s Hotel run by Jimmy Cole. The San Quentin House, run by Jim Gately. Gately took in the parolees from San Quentin and got them jobs in the rolling mills at the foot of the hill. There was Paddy Kearns’ Hotel, and outside the gas house was Mike Boyle’s steam beer dump…

In them days we never went to Morosco’s (a vaudeville house on Mission Street)…the shows were much better on Irish Hill, where the boys from one hotel would challenge the boys from another hotel and fight all Saturday afternoon in a hayrope ring outside Gately’s Hotel. Then we’d all go in and knock off steam beers for a nickel a piece…

You went up on Irish Hill when you got off work and you never left it until morning. Below it was Dutchman’s Flat (Dogpatch) where Dutchmen from the old country lived. The next hill, that’s Russian Hill now (Potrero Hill), was Scotch Hill, where the Scotchmen lived. The Irish came from Ireland, with a shillelagh stick and a bag on their shoulder, and a card telling them to go to work for the Pacific Rolling Mill. If there was no work there, they’d go to the gas house (San Francisco Gas Light Company). The Dutchmen came with work cards telling them to go to the sugar house (Western Sugar Refinery). The Scotchmen, all mechanical men, would go to work at the Scott Union Iron Works.

In them days, there was never a street paved. You went through the mud to school. If you wanted to go to Butchertown you walked a plank from Twenty-third Street to Arthur Avenue…But the war (First World War) came along, and the Government drove us off Irish Hill. Eight or nine hundred people used to live there. [from Robert O’Brien, “Riptides,” Scrapbook, Oral History of San Francisco, Bancroft Library, p. 14.] 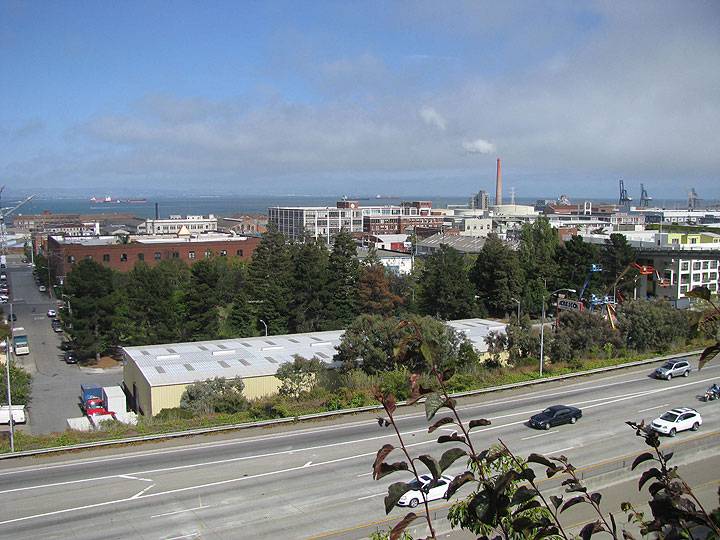 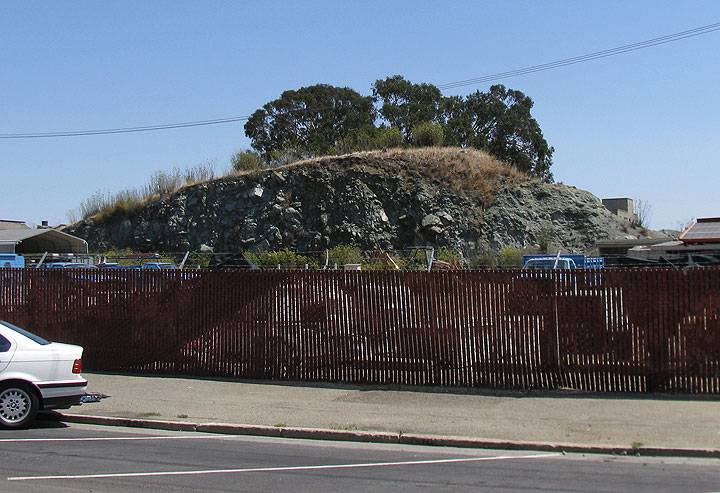 Demolished by Bethlehem Steel during the First World War to make way for shipyard expansion, this is what's left of Irish Hill today, near 20th and Illinois, a remnant of its former self in the midst of an industrial area. 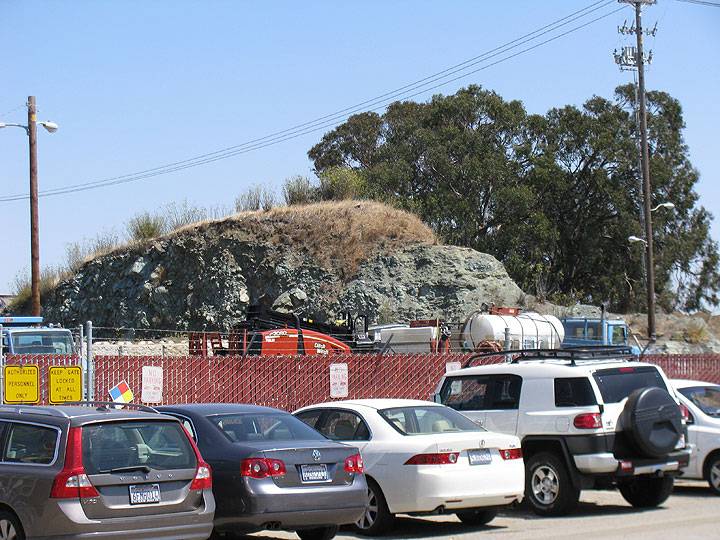 2012 view of the stump of Irish Hill from corner of 22nd and Illinois. 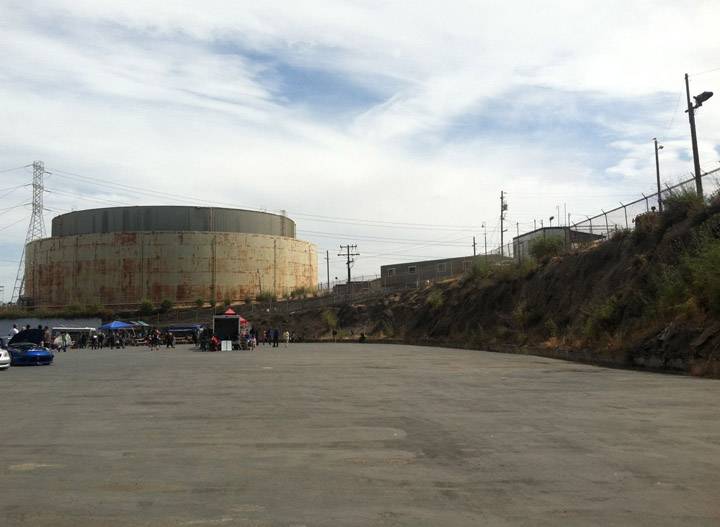 2014 view of the foot of Irish Hill during a rare activation of this space as a community market organized by the developers of Pier 70. PG&E tanks on left. 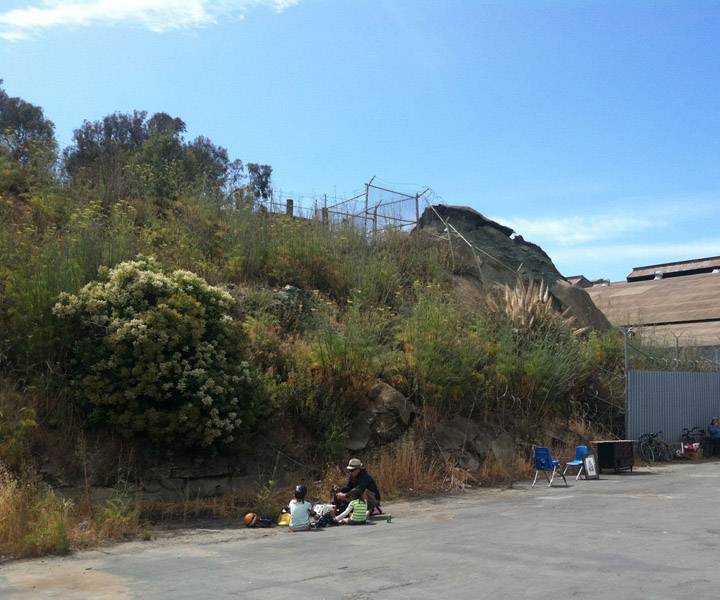 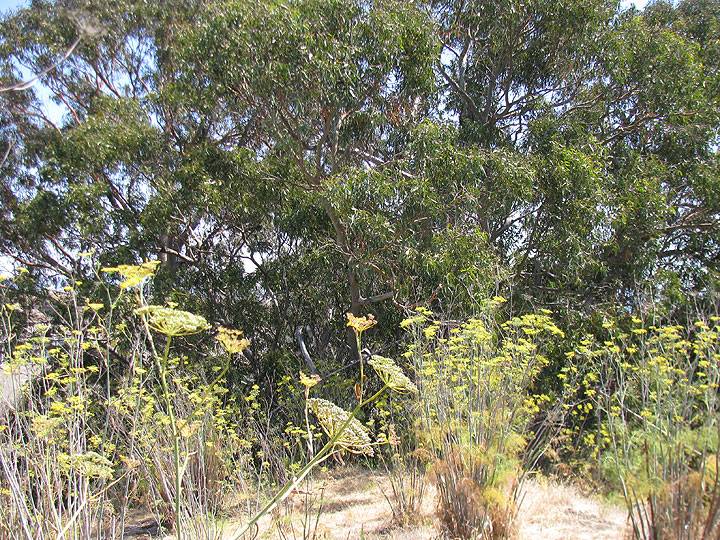 An unexpected and "unnatural" island of invasive species, fennel and eucalyptus, clusters at the top of the remains of Irish Hill in 2012. 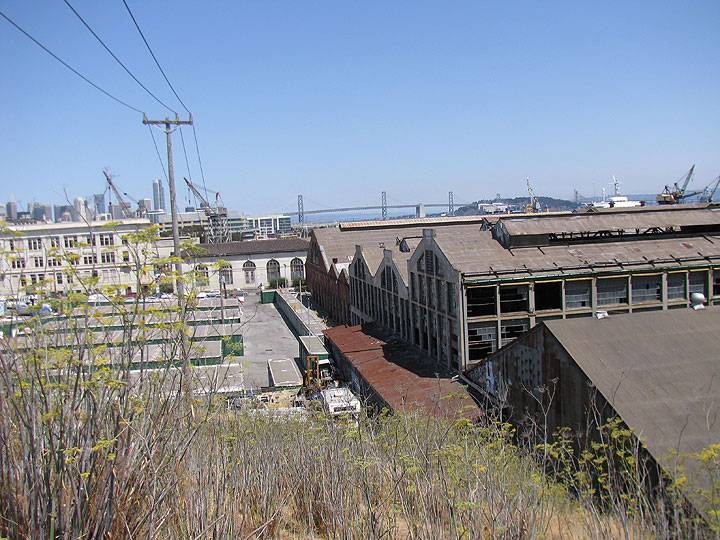 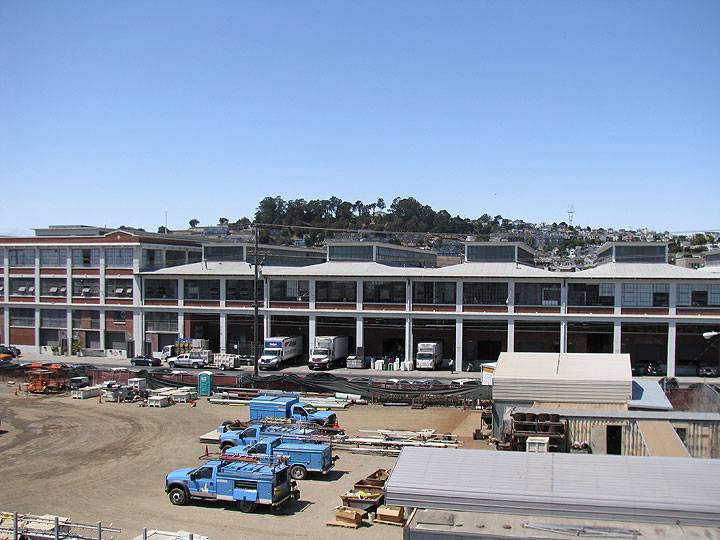 View westward from top of Irish Hill stump in 2012. Hard to believe that this hill once connected to that hill in the distance above the roof and beyond the I-280 freeway that passes between them now.