On December 30, 1978, the Iranian Student Association in the United States held a march up Market Street in San Francisco, protesting the Shah, then still the head of state of Iran, and his brutal secret police the SAVAK (funded by the U.S.). Almost certainly this demonstration included agents of the SAVAK and the CIA, all of whom were dedicated to preserving the ostentatious rule of the Shah of Iran. Between August and December 1978, increasingly massive demonstrations rocked Tehran and other cities in Iran. Two weeks after this demonstration, on January 16, 1979, the Shah fled Iran for Paris, and on February 11, the remains of his regime fell to insurgent soldiers who had joined the revolution.

The Ayatollah Khomeini returned from exile and his Islamic movement took power, slaughtering tens of thousands of students, workers, and Communist Party members who had been involved in the revolution that overthrew the Shah. 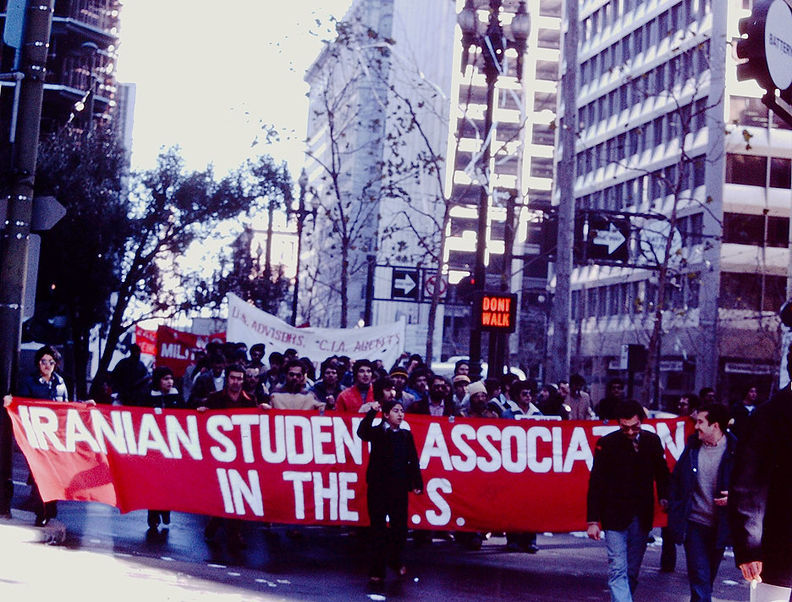 On Market Street just east of Battery, the lead banner of the march. 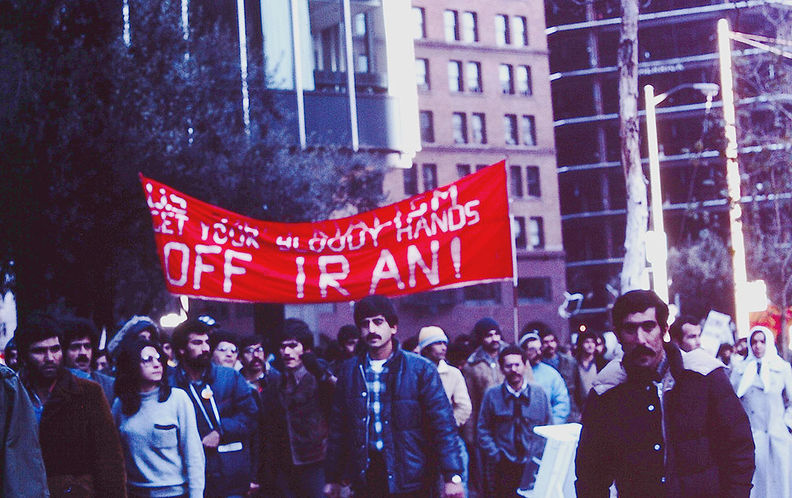 "Get your bloody hands off Iran!" a common demand during the burgeoning protests in late 1978 that took place in San Francisco and in Berkeley. Concurrent demonstrations against Anastacio Somoza, the dictator of Nicaragua, who also fell in 1979, were happening in the Mission District. 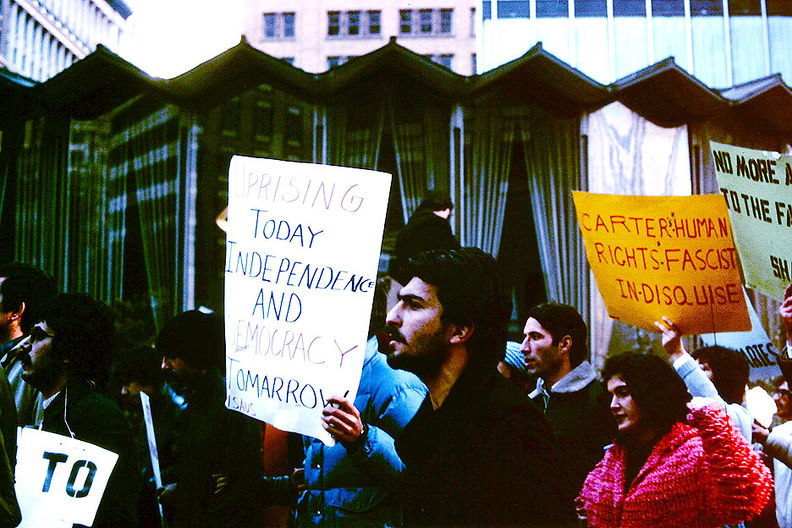 Near Sansome and Market, the "Wall" that became famous years later as a bike messenger organizing spot and hangout. 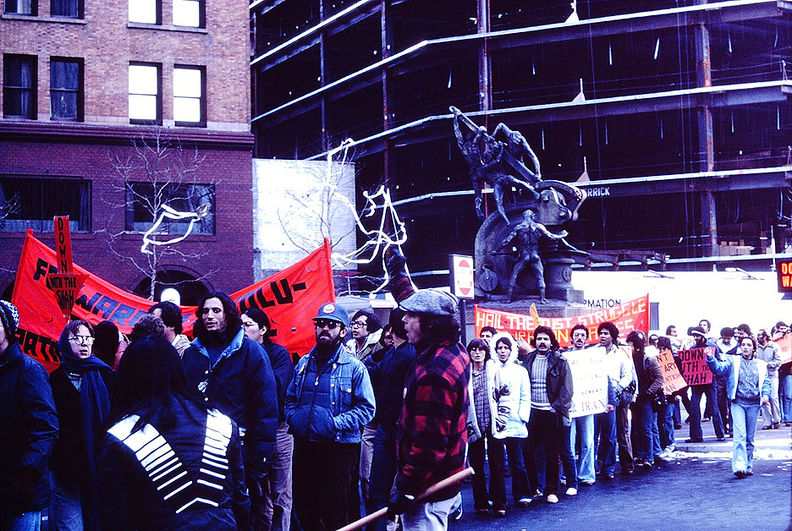 Just past the Donohoe Brothers statue at Battery and Market, the Shaklee Building under construction in the background. 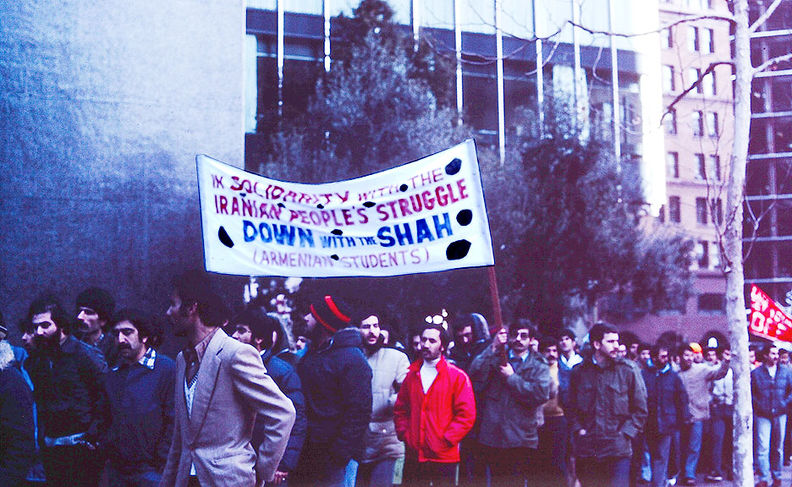