Industrial San Francisco in the 1970s

Listen to an excerpt from "San Francisco Labor in the 1970s" read by author Jesse Drew: 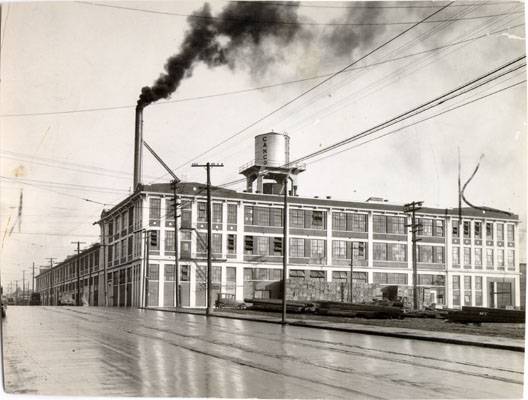 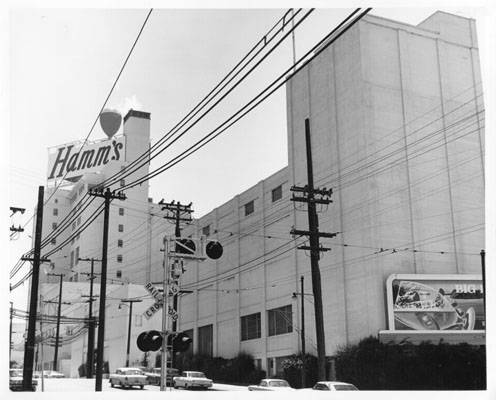 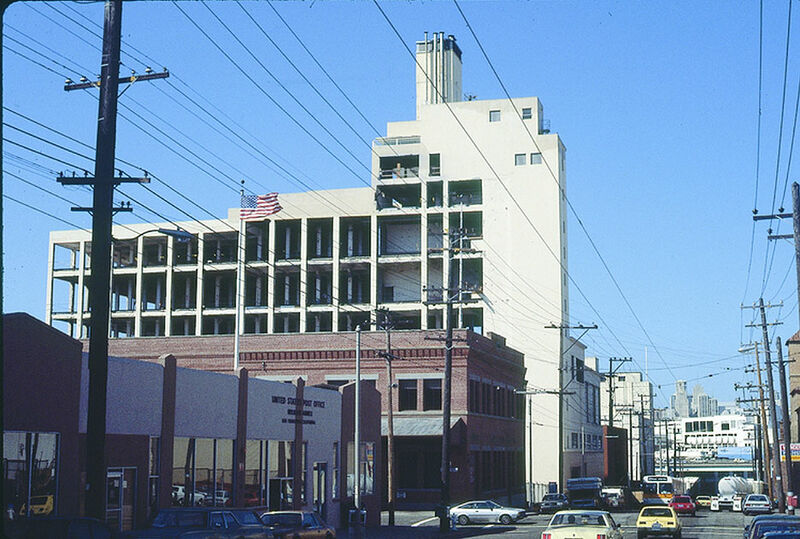 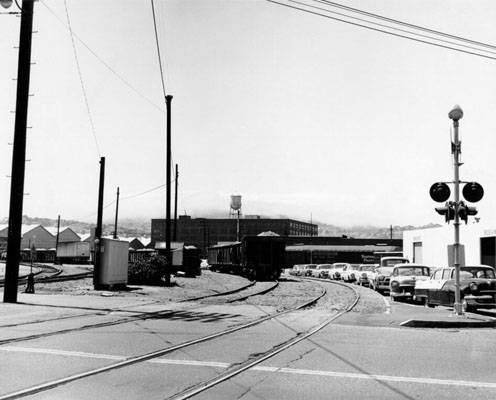 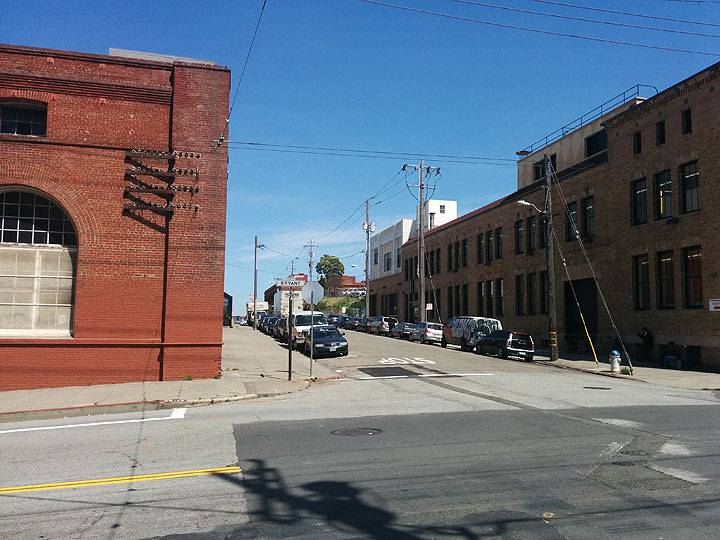 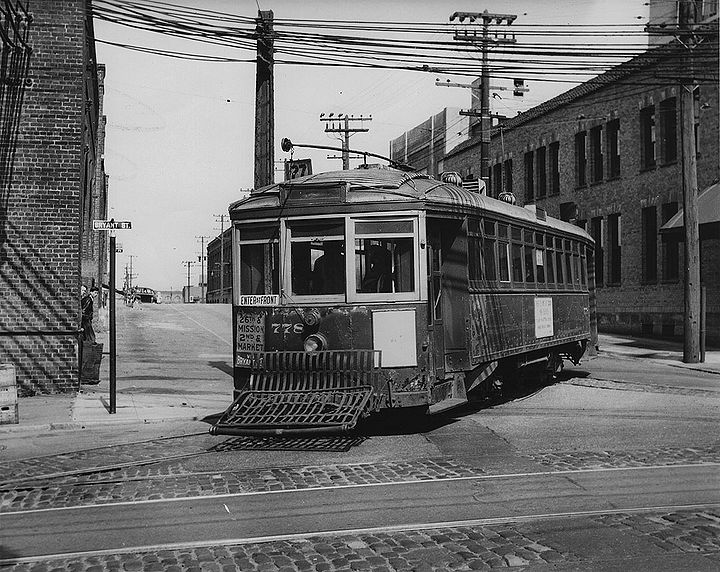 Bryant Street MUNI Storeroom which stretches to Alameda (where the small tower indicates the Continental Bakery, home of the Twinkie in later years) and is visible in the two photos above, still in use in 2014, seen here in October 1928. 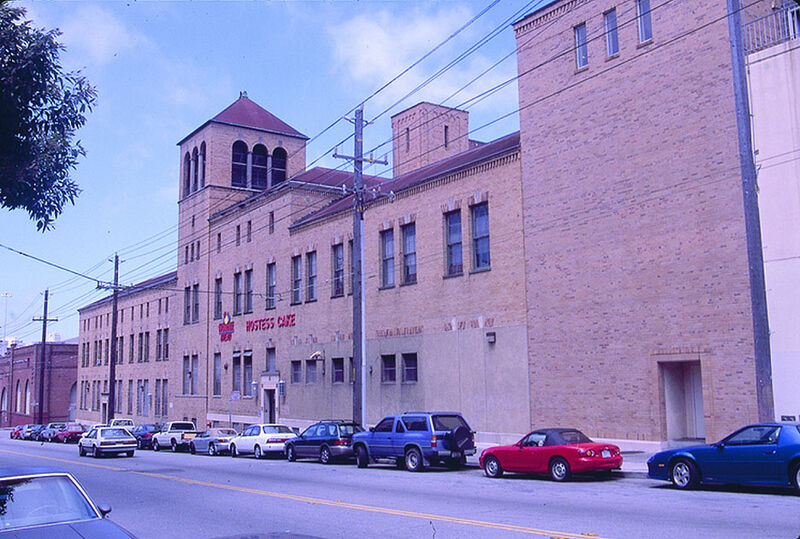 Hostess Bakery on Bryant Street at Alameda Street, 2000, when it was still 'Home of the Twinkie."'

Many sights, sounds, and smells of San Francisco from that decade no longer linger. In the 1970s freight trains still rolled stealthily through the streets of the Mission under cover of darkness, moving finished goods out and raw materials in. One could smell the cloying sweet smell of white bread, as union workers moved tens of thousands of loaves of Kilpatricks Bread from dough to ovens to market on 16th and South Van Ness. 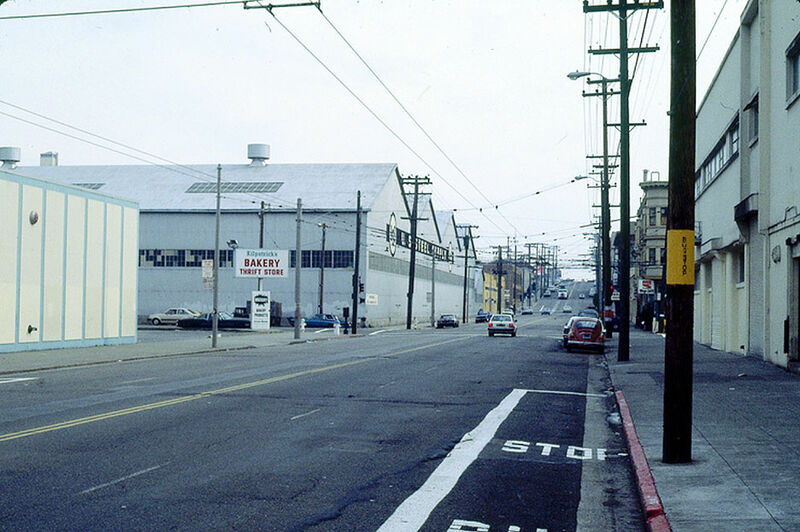 East on 16th Street from Shotwell, 1983, with Kilpatrick Bread Bakery at left and US Steel Warehouse further east.

On foggy mornings, a thick corrosive mist of vinegar would descend over the vicinity of Best Foods on Florida Street, as union workers bottled mayonnaise and other condiments. 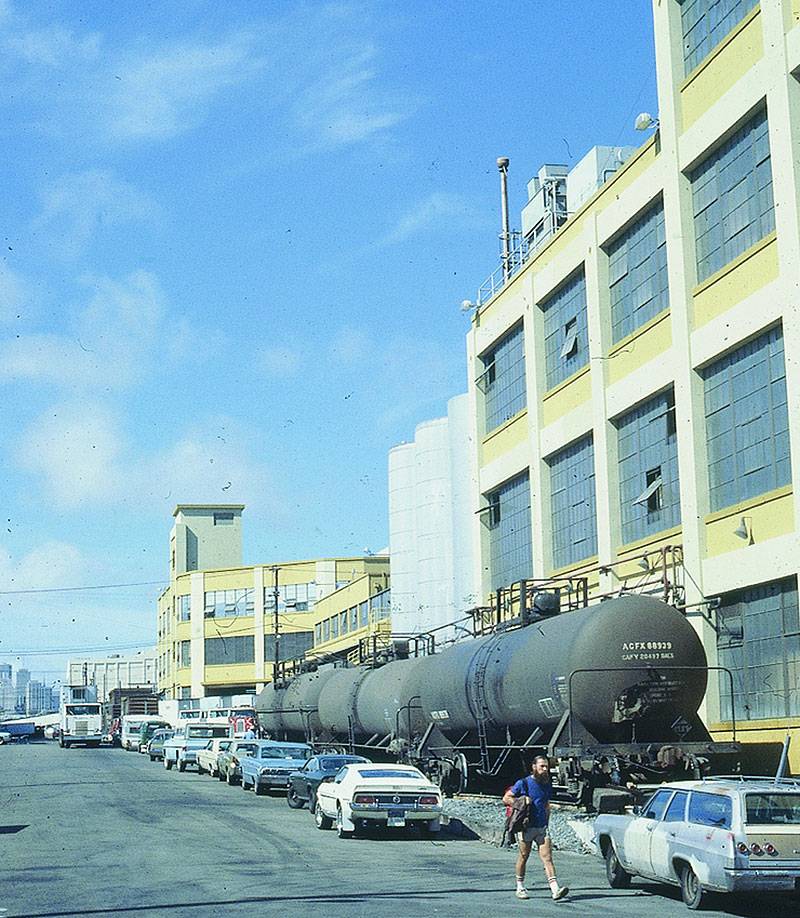 Best Foods factory on Florida at 18th, looking north in 1978. 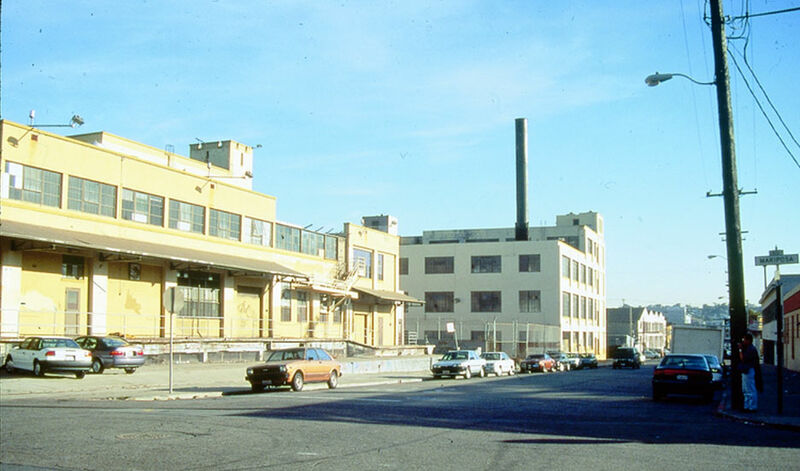 Former Best Foods factory on Florida Street, as seen from Mariposa Street in 1995. 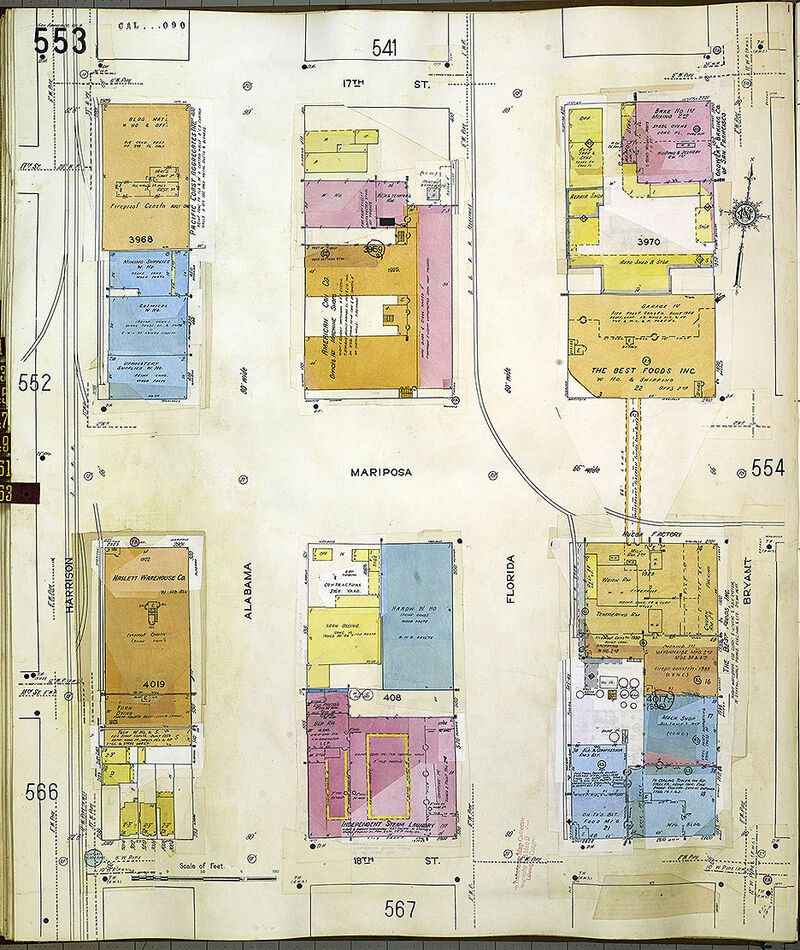 Malt and hops steam from the beer breweries made one’s nose flare, as would the acrid, burnt smell of coffee roasting in the MJB and Hills Bros coffee factories in the South of Market. 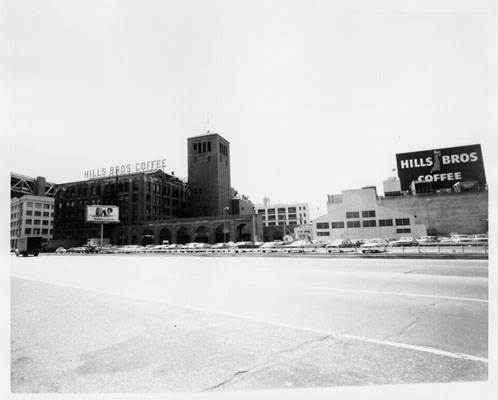 In the early morning, shiny tanker trucks would block sidewalks with their hoses pumping syrup and chocolate into the side of the brick Hostess plant on Bryant, producing Twinkies and HoHos for the West Coast. Hundreds of workers clocked into the Schlage lock factory in Visitation Valley. Levi’s Jeans still had sewing operations in San Francisco. The bright lights of welding torches from the AAA Shipyards would flicker across from Mission Bay piers, where fisherman and happy-hour blue-collar workers would pry open Rainier Ale and Mickey’s wide mouths. Itinerant workers and bohemians could still try their luck in the ILWU hiring hall, vying to unload ships that tied up on the San Francisco docks.

by Jesse Drew, from his essay "San Francisco Labor in the 1970s, in the anthology "Ten Years That Shook the City: San Francisco 1968-78" (City Lights Foundation: 2011), edited by Chris Carlsson.