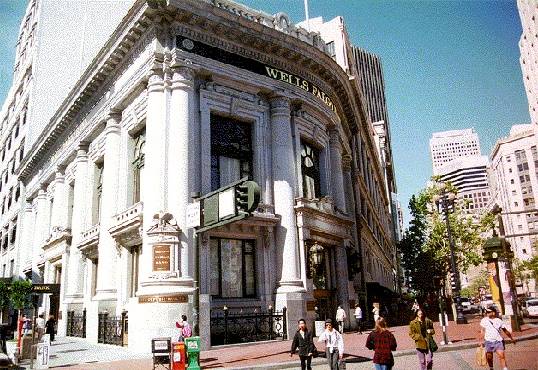 The old Wells Fargo building at Grant and Market, and just up Grant, the old Home Telephone Building.

Venerable Wells Fargo Bank, having absorbed its one-time rival Crocker Bank in the 1980s, was in turn swallowed in the 1990s by a midwestern bank, but the Norwest Bank took Wells Fargo's name. 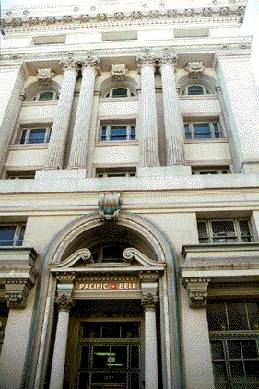 This building at 333 Grant Ave. was the Pacific Bell building during the late 1990s, before AT&T rebuilt its empire. It was once the headquarters of the Home Telephone Company, a firm that attempted to compete in the nascent telephone business around 1905 by bribing the SF Board of Supervisors through power broker Abe Ruef.