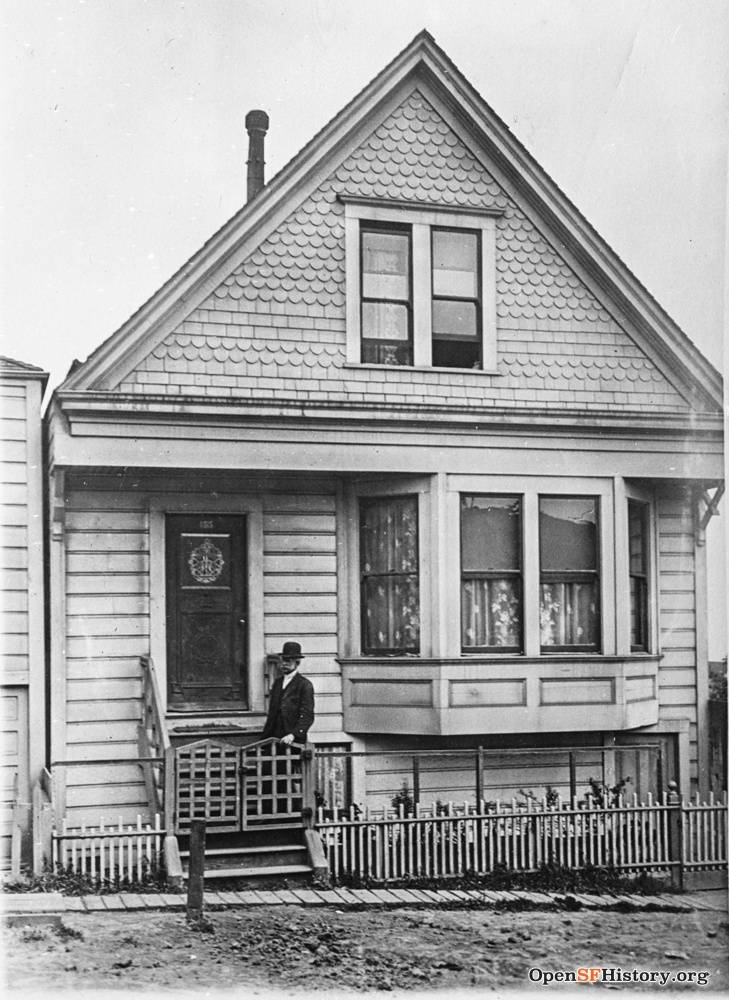 55 Anderson, built in 1908, on the west side between Jarboe and Tompkins, a few blocks south of where Henry Behrenst lived on Elsie and Santa Marina.

Henry's diary was found in the attic of a house at the corner of Santa Marina and Elsie streets in Bernal Heights around 1995. The woman who lived in the house recognized the name of her neighbor, Elizabeth Hird, and passed on a copy of the diary. This was transcribed verbatim (all idiosyncratic spellings are Henry's own) by Vicky Walker from a photocopy of the notebook that was kindly passed to BHP by Elizabeth's daughters, Janet Thompson and Betty Kancler. Unfortunately, Elizabeth was unaware of Henry's heartbreak! We would love to know more about Henry and what happened to him.

Whent slay riding and fell and sprained my arm and ankle.

Tried to learn to swim got the cramps. Raymond and Bob carried me out.

Whent up into the mountains with my father and mother and some friends and was lost for two hours I sure was scaired.

My sister Erna and Rose Bils [Bels?] ran away and got married the dirty bums.

Whent up in the mountains with a sheep herder and his wagon and on a steep grade the horses started to back up and hit my mother on the shoulder all most breaking it the wagon whent over a bank and hit a tree my mother was in it.

Got sore at my mother and father so ran away for one week I stayed at [illegible -- could say Kiples or Riples].

Ran some wild horses across a trestle and a train came and hit them killing two of them while the rest jumped off into the water so I sure got in trouble for that.

I had a fight with Harry Nailer and gave him an awful beating so he got his big brother after me and I busted his arm with a baseball bat.

Dog chaced me and tore my shirt and pants and bit my arm and leg until they bled so I had to stay in bed for three weeks.

My father shot the dog.

Was snowed in for 2 days I was sitting by a big fireplace when I wrote this.

My father said he was going to California so we left good old Salt Lake and came to Frisco.

Arrived in Oakland in the morning and when saw the Ferry boat I thought it was a house.

Came over to Frisco and was so surprised when I saw the big skyscraper that I didn't know what to do. We lived on 5th and [illegible -- Brannan?]

Started school at St Peter Catholic School I didn't like it one bit.

Moved from 5th to Rold Island [Rhode Island?] liked it better there it quiet a bit of fun.

Ran a nail in my foot and have to go to school or I who what luck!

Came down a hill on a coaster and turned over cutting a gash in the back my head. My mother was scaird stiff.

Almost got kidgnapped by some man but I was to smart for him.

Went riding rafts and [at] the foot of Army St and fell in and almost drowned.

Got my whole side burned by fire crackers.

Learned how to roller skate and lots of fun skating around.

Moved from Rohalios [Rhode Island? Illegible] to Army and we stayed there for 3 month and went to Scotia.

Like Scotia very much. Have a girl by the name of Virginia Dorsey.

Went swimming and lots of fun. I know how to swim now.

Cut a big tree down and fell on my arm spraining it.

My sister Mary met Axel Jensen and went with him three months and got married without father or mother knowing it what damn sap she is.

I was monkeying around a house with matches and it caught on fire did I run.

Back to San Fransico Capp St.

Joined the YMCA and boxed and went swimming. belonged to the baseball team.

Fell out of a window and sprained both of my ankles in bed for 2 wks.

A kid hit my hand with a bat and sprained all my fingers.

My father died early this morning and my mothers in historics everybodys crying there heads off.

They buried my father today at the Woodlawn cemitory.

My little brother got by a machine and busted his collar bone.

Met a swell kid Ralph Castaldo and had lots of fun with him.

Fell off of the quarry on top of Bernal Heights spraining my collar bone I thought it was sprained but it was broken.

Went to the hospital to get operated on my neck was over four weeks.

Went hunting ducks! And caught hamonia [pneumonia] was in bed for two months.

Jumped on a freight train at the Embarkadaro and broke my wrist.

My birthday I am 15 years old.

I was pallbearer Elizabeth little sister Janette. [ According to Elizabeth, this was in late 1929.]

I am working for Will Andersen.

Machine ran over my toe and broke it.

Ralph and I went to Scotia on the bus almost froze to death.

Moved up on Elsie St. And I met a very nice girl her name is Elizebeth Hird she is a blonde and I like her very much in fact I love her.

I got drunk and sit in Elizebeth steps 1 hr. in the rain. 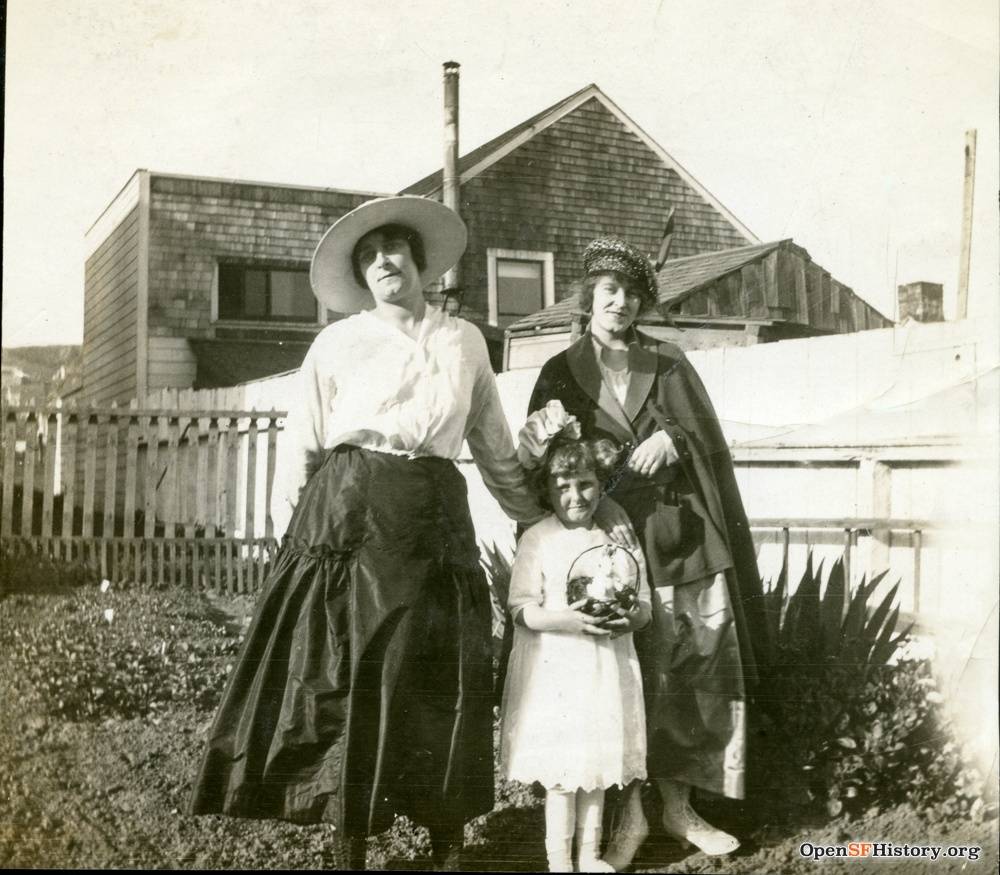