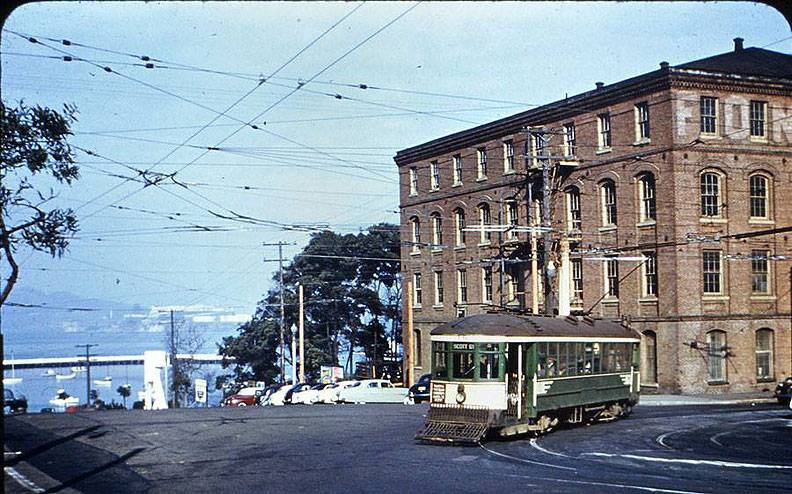 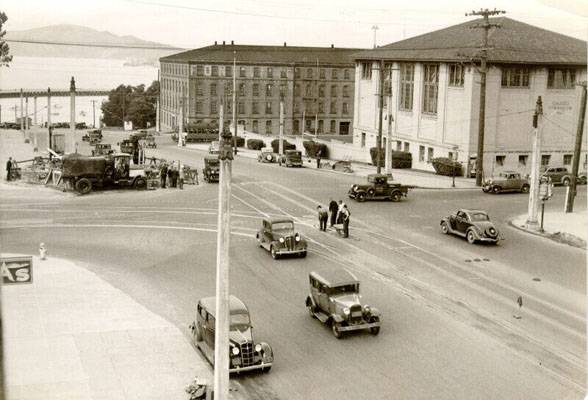 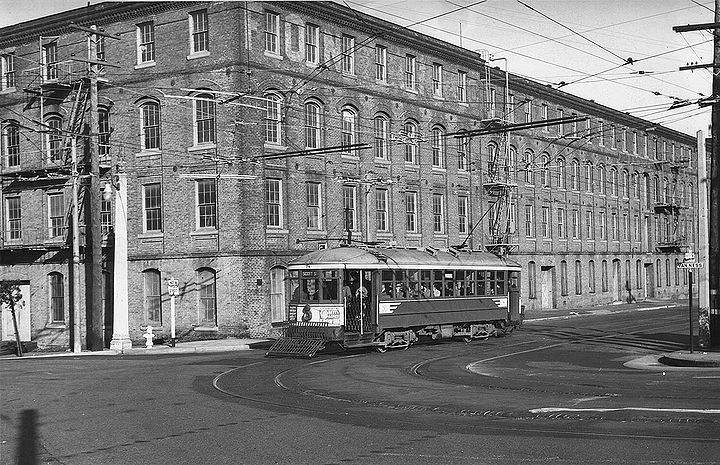 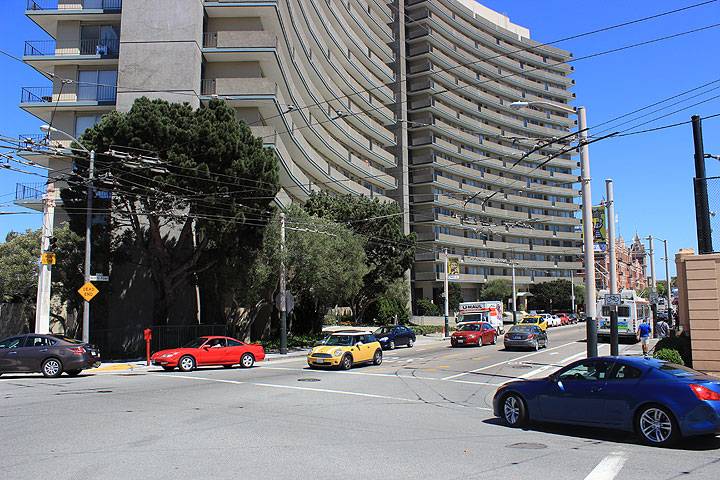 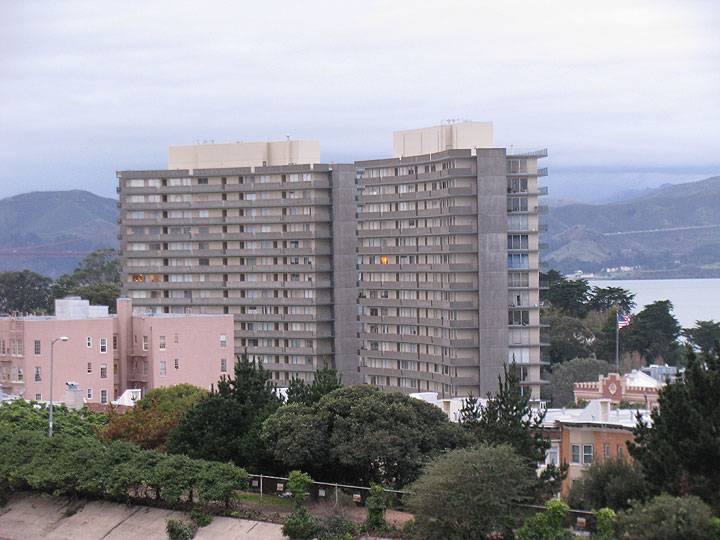 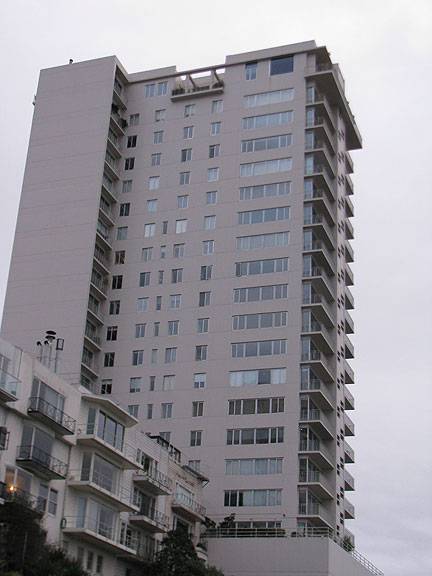 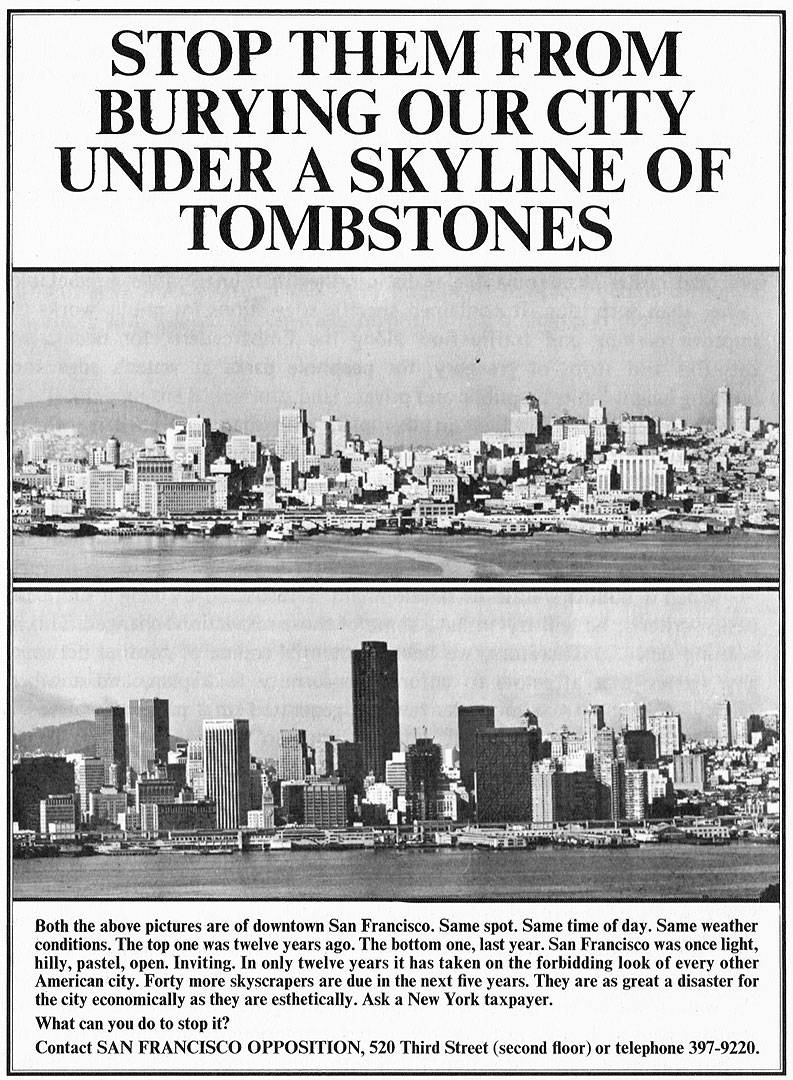 San Francisco's skyline in 1958 and 1970 shown in a full page ad promoting resistance to Manhattanization of S.F.