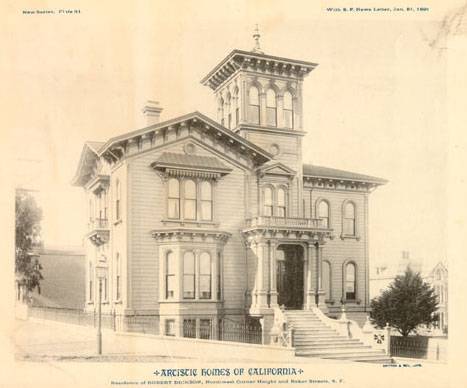 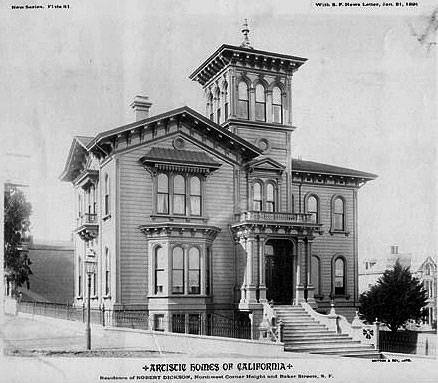 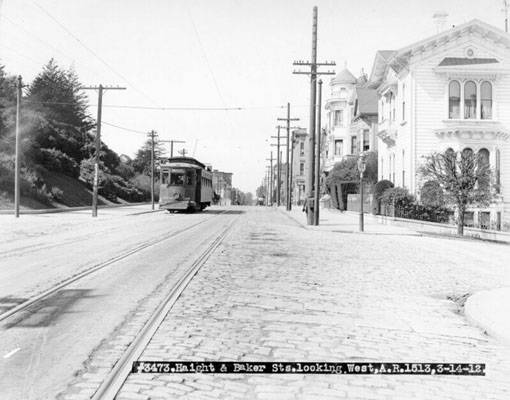 Dickson Residence (white building at right) of Haight and Baker, 1912. 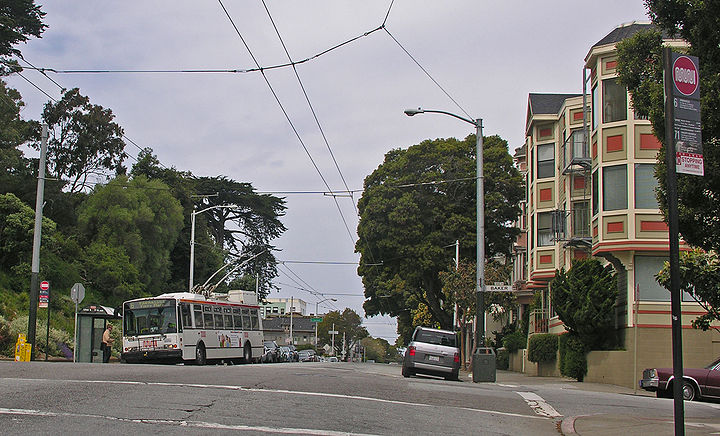 TURN LEFT (EAST) ON HAIGHT. There are several interesting buildings on this block. Perhaps the most spectacular is now gone. On the northwest corner of Haight and Baker, [now condominiums, but in 1980 when this tour was written, a gas station] was the Dickson residence, a lavish Italianate structure with a commanding third floor observatory. Dickson was the local manager for an East Coast insurance company. He and his family moved here in 1888. The Dickson's neighbors across the street (1080 Haight Street) were the Spencers. Spencer was a surgeon and son of a prominent local couple. The thirty room mansion provided ample quarters for his small family. 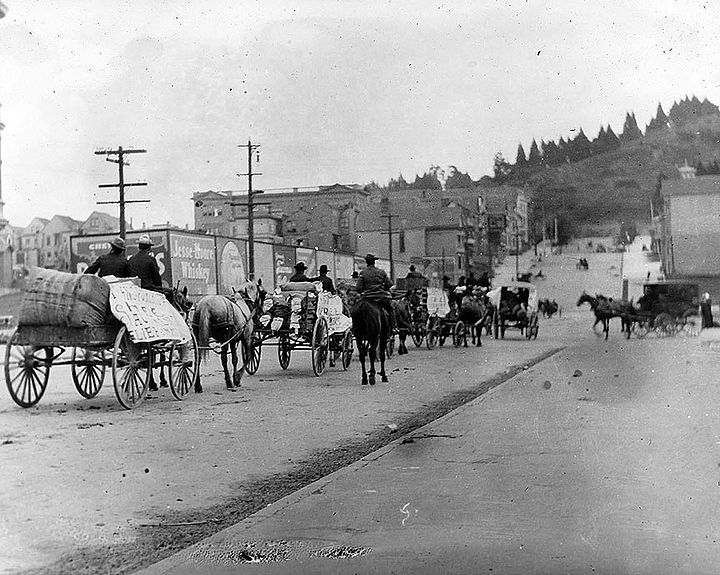 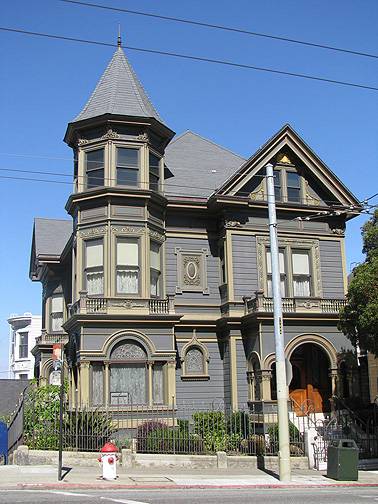 The building at 1081 Haight is architecturally significant. "Flatiron" buildings (so named because of their resemblance to the household appliance) are common in commercial architecture on "gore" corners, but are rare in residential property. This is the only exclusively residential flatiron in San Francisco. 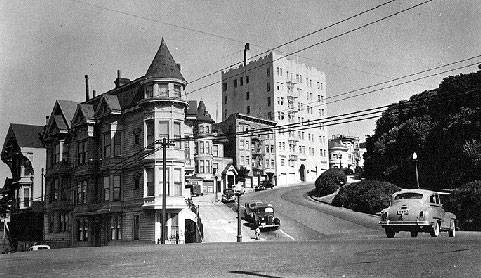 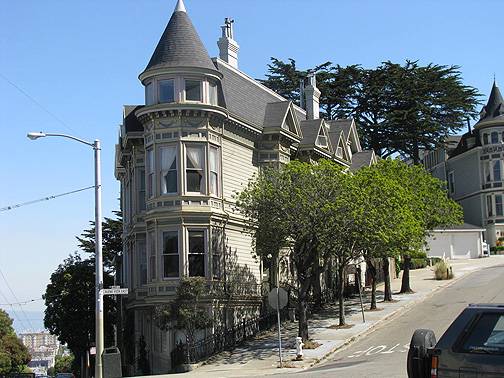