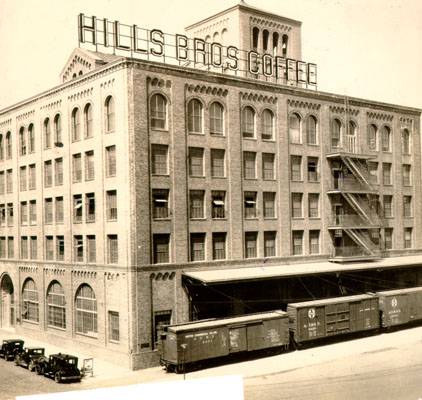 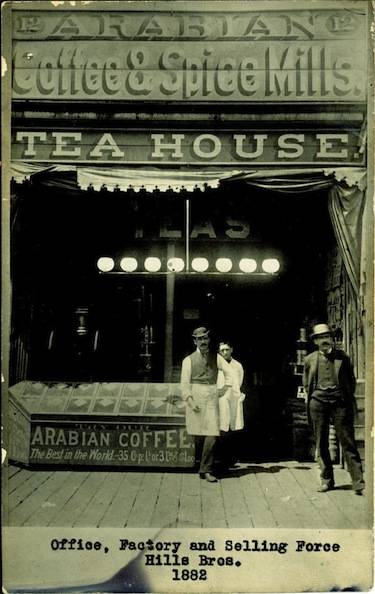 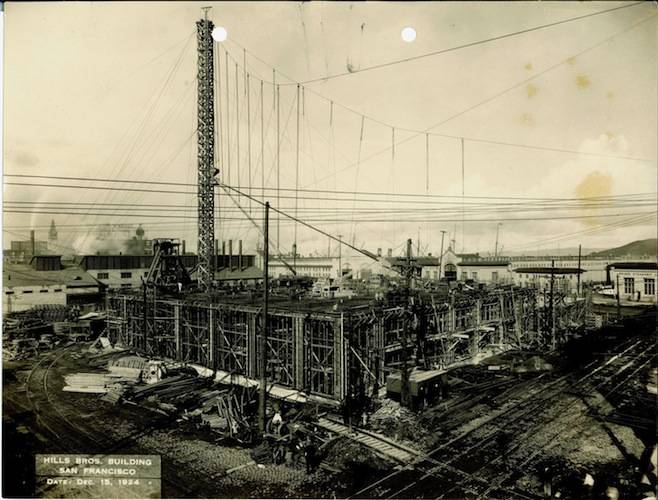 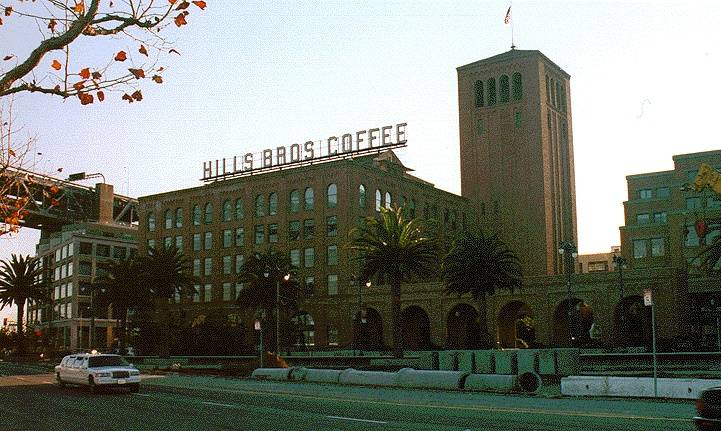 The former Hills Brothers Coffee Building on the Embarcadero at Folsom, mid-1990s.

Embarcadero and Folsom: One of main industries that sprung up early in SOMA was the coffee industry. Starting in the late 19th century, San Francisco had become the largest west coast coffee provider by the 1920s, including companies like Hills Bros., Folgers, and MJB. This industry provided the first link between San Francisco and Central America, where the coffee was grown. Following the industry, Central American laborers came to San Francisco in the early 20th century to work in processing plants and canneries. This explains San Francisco's unique connection to Central America, when most other California cities are historically predominantly Mexican. Most people think that Central Americans first came to San Francisco in the 1960s to 1980s, with the wars in Nicaragua and El Salvador, but many chose to come here because they already had family connections and community links going back to the early part of this century.

The Hills Brothers Factory has since been converted to offices, condominiums and a microbrewery catering to the new upscale South Beach professional clientele. 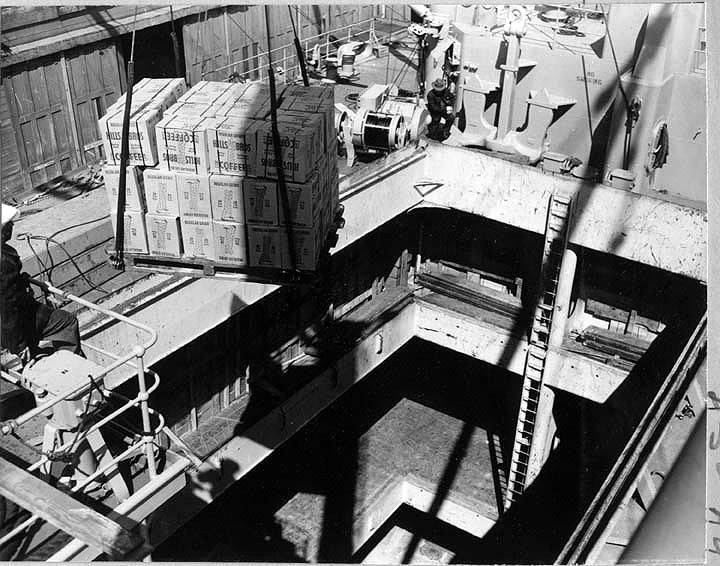 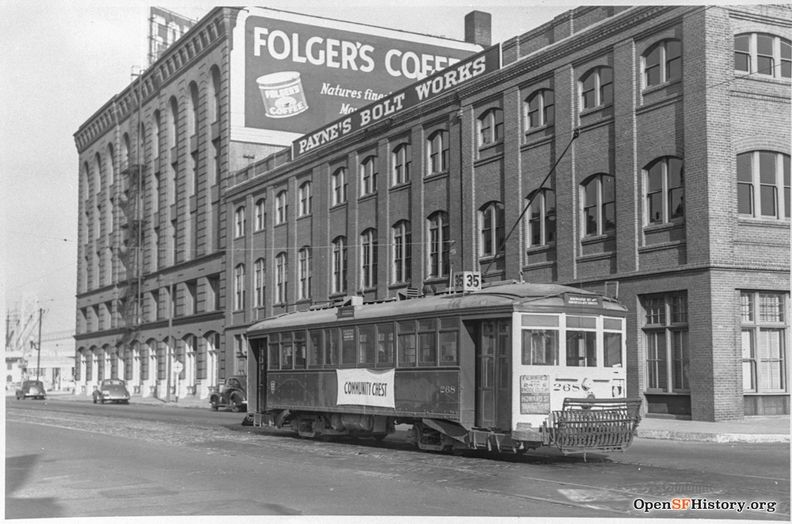 Folgers Coffee advertising on side of their building at Main and Howard, 1938.