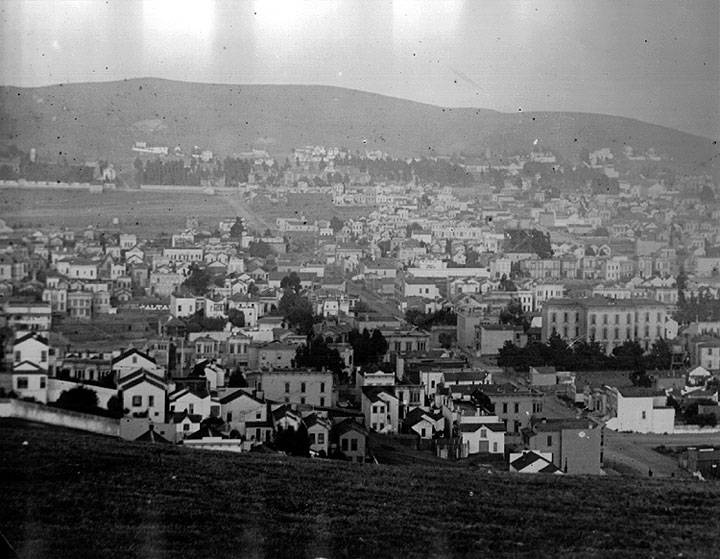 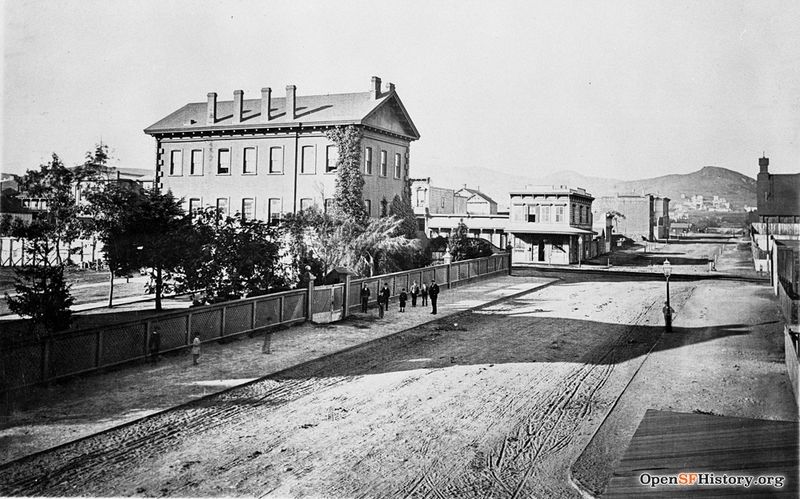 15th and Mission, 1868. View west, Corona Heights in background. Large brick building is the State Asylum for the Blind and Deaf, southeast corner of 15th and Mission.

Dilapidated buildings and weed-choked fields however, could not obscure the beauty of the land around the Mission Dolores. Whereas most of San Francisco peninsula was frequently foggy, the sheltered Mission area was warm and sunny, often when the nearby town at Yerba Buena was damp and fogged in. Fresh water streams ran through the fertile farmlands on their way to join Mission Creek, which emptied into San Francisco Bay south of Rincon Point. The nearby fields and several marshy areas abounded in rabbits and game birds.

A pleasant countrified spot like the Mission Dolores did not remain a secret for long in Gold Rush San Francisco, particularly when the rapidly growing city was so crowded that thousands of Forty-niners slept in rooming houses by eight-hour shifts and opened their offices and shops in tents or flimsy shacks. In 1851 Frederick Gerstacker, an adventuresome young German, spent several weeks in the Mission district after returning from the diggings. He lived with several friends near the church in a rundown farmhouse where they stuffed rags in broken windows and cooked their meals over open fires on the dirt floor. Gerstacker also rented one of the dirt-floored rooms in the former Indian barracks next to the church so he could write up his Gold Rush experiences in a journal, which he later published as a book.

"It was the oddest study which a man might imagine," recalled Gerstacker, who used an empty wine chest for a writing table. "The window, in its old disjointed frame, hung awry on one side. The walls were covered with a coating of dark grey from the smoke of a narrow chimney. A later hand, perhaps that of an Indian, had tried to represent on one wall the outlines of a large ship, in which the artist seems to have had a very confused idea with regard to the number of masts; so that the whole resembled rather a comb turned upside down than a ship." 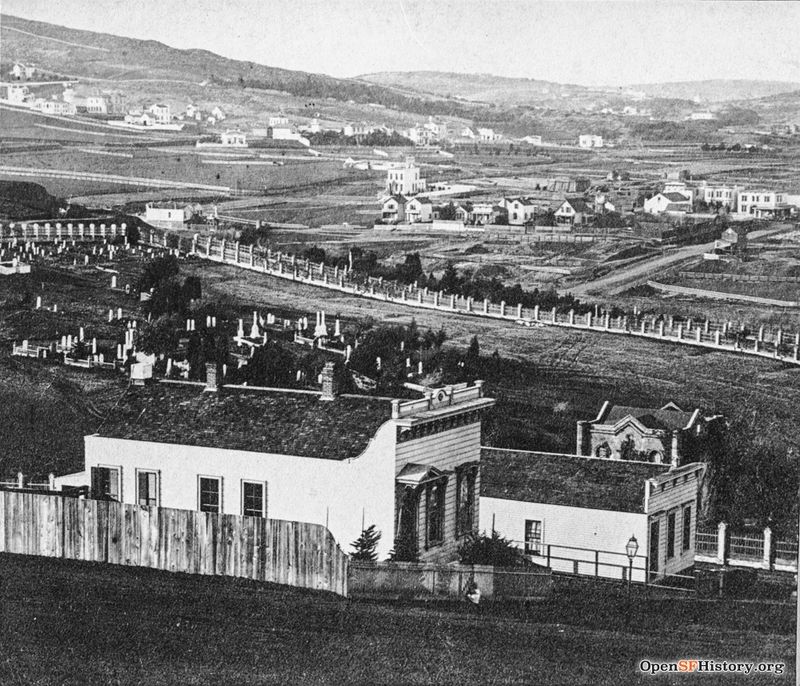 View across Mission in the 1870s from approximately 20th and Dolores, with the Jewish Cemetery in the foreground (now Dolores Park). 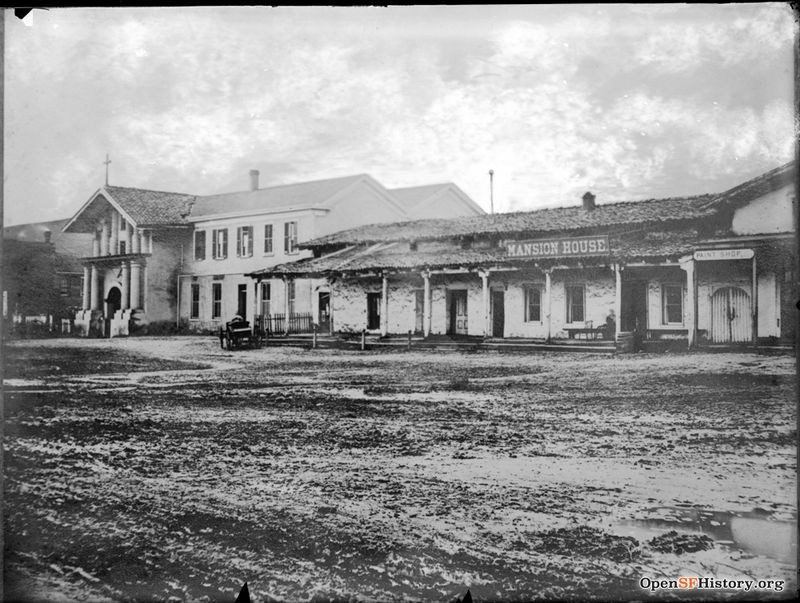